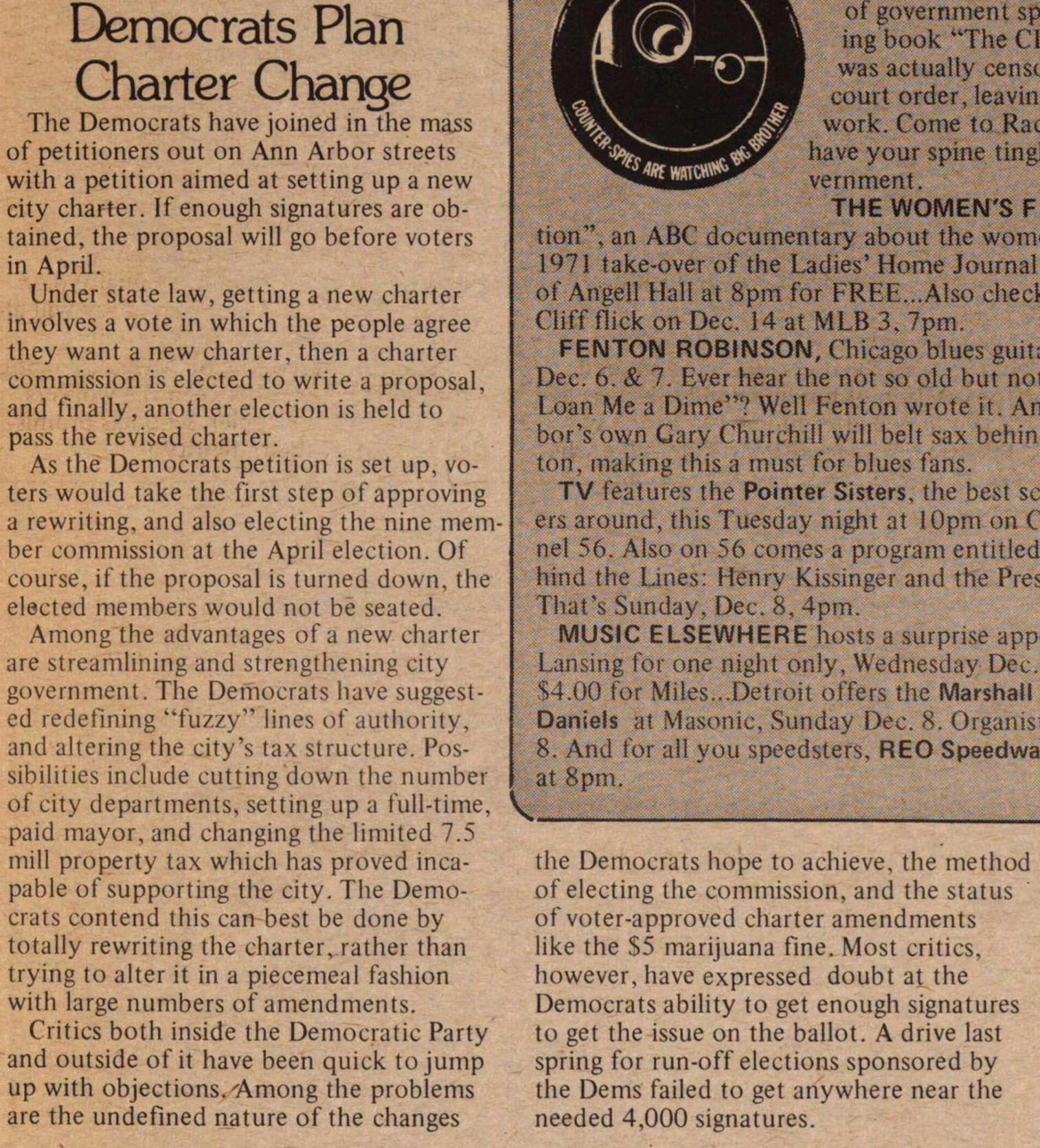 The Democrats have joined in the mass of petitioners out on Ann Arbor streets with a petition aimed at setting up a new city charter. If enough signatures are obtained, the proposal will go before voters in April. Under state law, getting a new charter involves a vote in which the people agree they want a new charter, then a charter commission is elected to write a proposal, and finally, another election is held to pass the revised charter. As the Democrats petition is set up, voters would take the first step of approving a rewriting, and also electing the nine member commission at the April election. Of course, if the proposal is turned down. the elected members would not bè seated. Among the advantages of a new charter are streamlining and strengthening city government. The Democrats have suggested redefining "fuzzy" lines of authority, and aJtering the city's tax structure. Possibilities include cutting down the number of city departments, setting up a full-time, ' paid mayor, and changing the limited 7.5 mili property tax which has proved incapable of supporting the city. The Democrats contend this can best be done by totally rewriting the charter, rather than trying to alter it in a piecemeal fashion with large numbers of amendments. Critics both inside the Democratie Party and outside of it have been quick tojump up with objections. 'Among the problems are the undefmed nature of the changes the Democrats hope to achieve, the method of electing the commission, and the status of voter-approved charter amendments like the $5 marijuana fine. Most critics, however, have expressed doubt at the Democrats ability to get enough signatures to get the issue on the ballot. A drive last spring for run-off elections sponsored by the Dems failed to get anywhere near the needed 4,000 signatures.