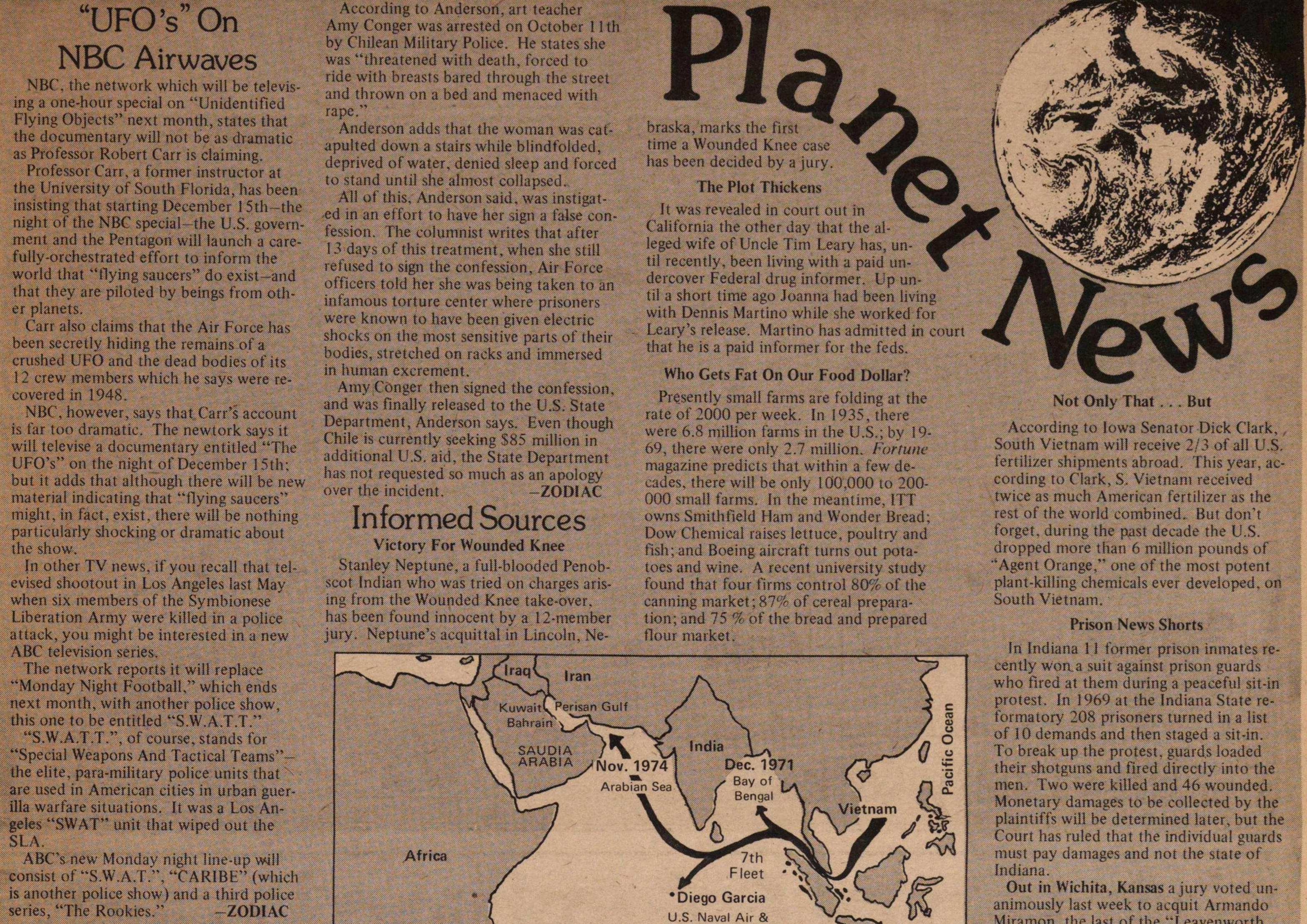 NBC, the network which will be televising a one-hour special on "Unidentified Flying Objects" next month, states that the documentary will not be as dramatic as Professor Robert Carr is claiming.

Professor Carr, a former instructor at the University of South Florida, has been insisting that starting December 15th -- the night of the NBC special --the U.S. government and the Pentagon will launch a carefully-orchestrated effort to inform the world that "flying saucers" do exist-and that they are piloted by beings from other planets.

Carr also claims that the Air Force has been secretly hiding the remains of a crushed UFO and the dead bodies of its 12 crew members which he says were recovered in 1948.

NBC, however, says that Carr's account is far too dramatic. The newtork says it will televise a documentary entitled "The UFO's" on the night of December 15th; but it adds that although there will be new material indicating that "flying saucers" might, in fact, exist, there will be nothing particularly shocking or dramatic about the show.

In other TV news, if you recall that televised shootout in Los Angeles last May when six members of the Symbionese Liberation Army were killed in a police attack, you might be interested in a new ABC television series.

The network reports it will replace "Monday Night Football," which ends next month, with another police show, this one to be entitled "S.W.A.T.T."

"S.W.A.T.T.", of course, stands the "Special Weapons And Tactical Teams" the elite, para-military police units that are used in American cities in urban guerilla war fare situations. It was a Los Angeles "SWAT" unit that wiped out the SLA.

ABC's new Monday night line-up will consist of "S.W.A.T.", "CARIBE" (which is another police show) and a third police series, "The Rookies." -- ZODIAC