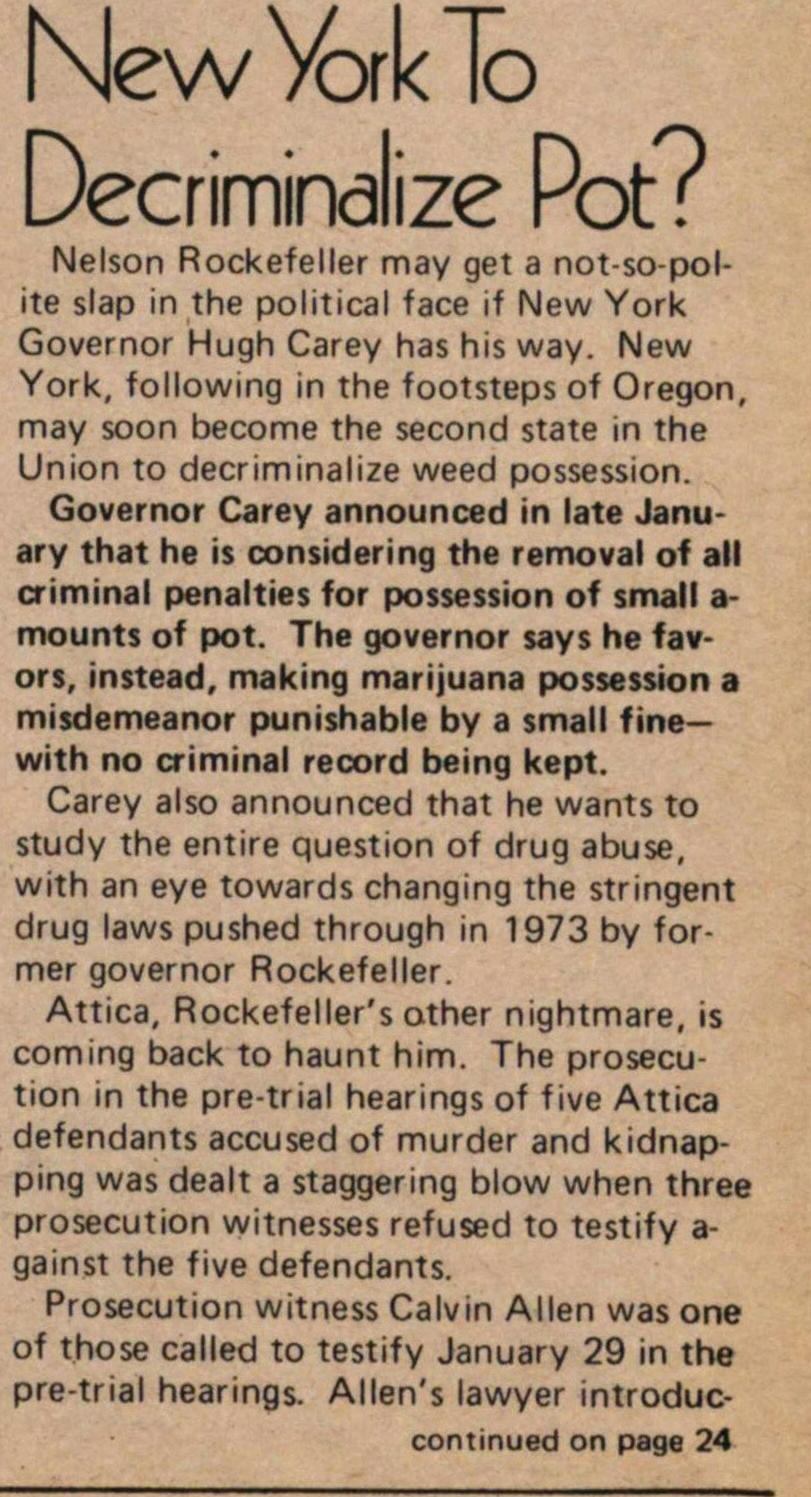 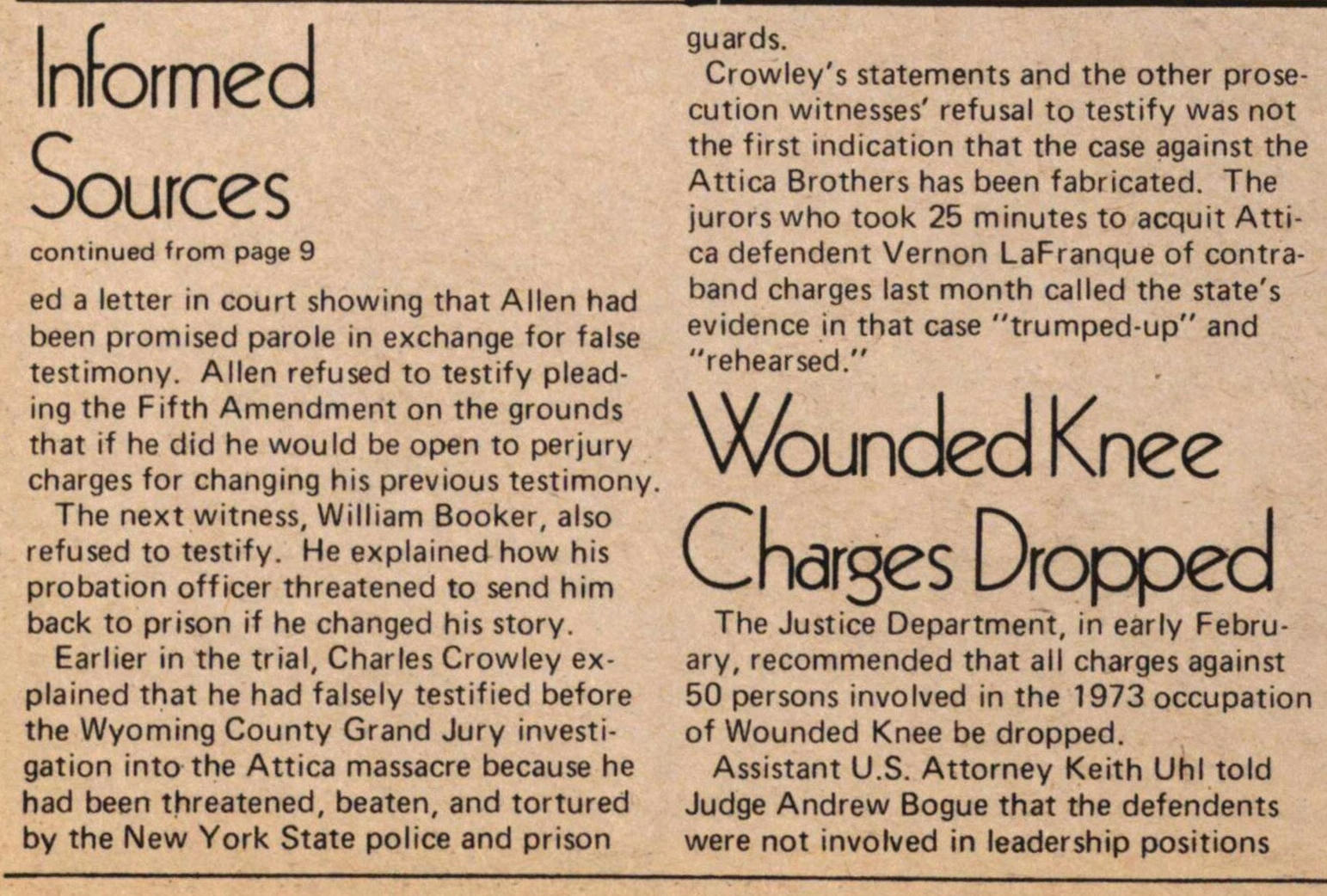 Nelson Rockefeller may get a not-so-polite slap in the political face if New York Governor Hugh Carey has his way. New York, following in the footsteps of Oregon, may soon become the second state n the Union to decriminalize weed possession. Governor Carey announced n late January that he is oonsidering the removal of all criminal penalties for possession of small amounts of pot. The governor says he favors, instead, making marijuana possession a misdemeanor punishable by a small fine- with no criminal record being kept. Carey also announced that he wants to study the entire question of drug abuse, with an eye towards changing the stringent drug laws pushed through in 1973 by former governor Rockefeller. Attica, Rockefeller's other nightmare, is coming back to haunt him. The prosecution in the pre-trial hearings of f ive Attica defendants accused of murder and kidnapping was dealt a staggering blow when three prosecution witnesses refused to testify against the f ive defendants. Prosecution witness Calvin Allen was one of those called to testify January 29 in the pre-trial hearings. Allen's lawyer introduccontinued on page 24 Informeel Sources continued from page 9 ed a letter n court showing that Allen had been promised parole n exchange for false testimony. Allen refused to testify pleading the Fifth Amendment on the grounds that f he did he would be open to perjury charges for changing nis previous testimony. The next witness, William Booker, also refused to testify. He explained how his probation officer threatened to send him back to prison if he changed his story. Earlier in the trial, Charles Crowley explained that he had falsely testified before the Wyoming County Grand Jury investigation into the Attica massacre because he had been threatened, beaten, and tortured by the New York State pólice and prison guards. Crowley's statements and the other prosecution witnesses' refusal to testify was not the first indication that the case against the Attica Brothers has been fabricated. The jurors who took 25 minutes to acquit Attica defendent Vernon LaFranque of contraband charges last month called the state's evidence in that case "trumped-up" and "rehearsed."