Ramparts Of Clay & We Are The Palestinian People 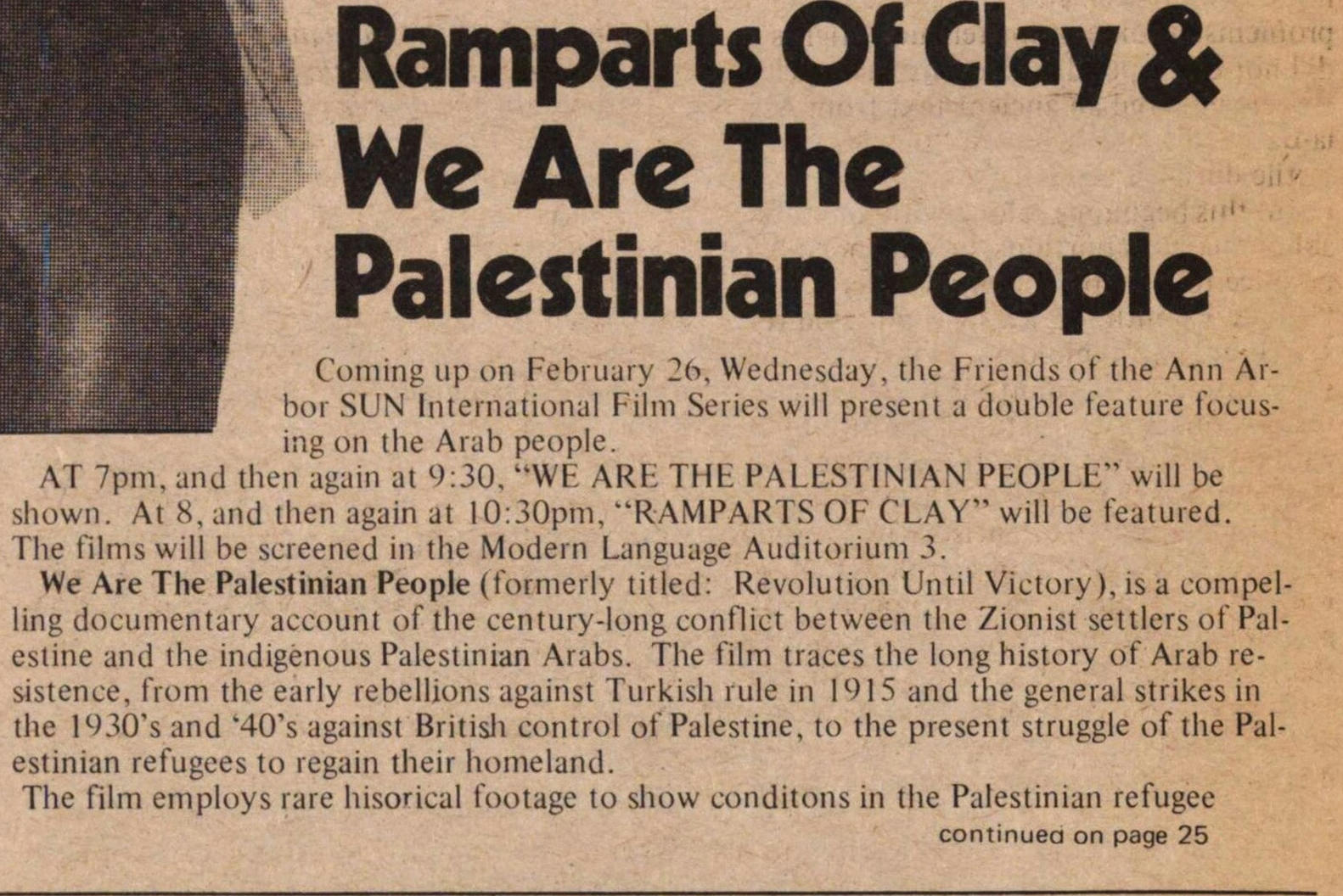 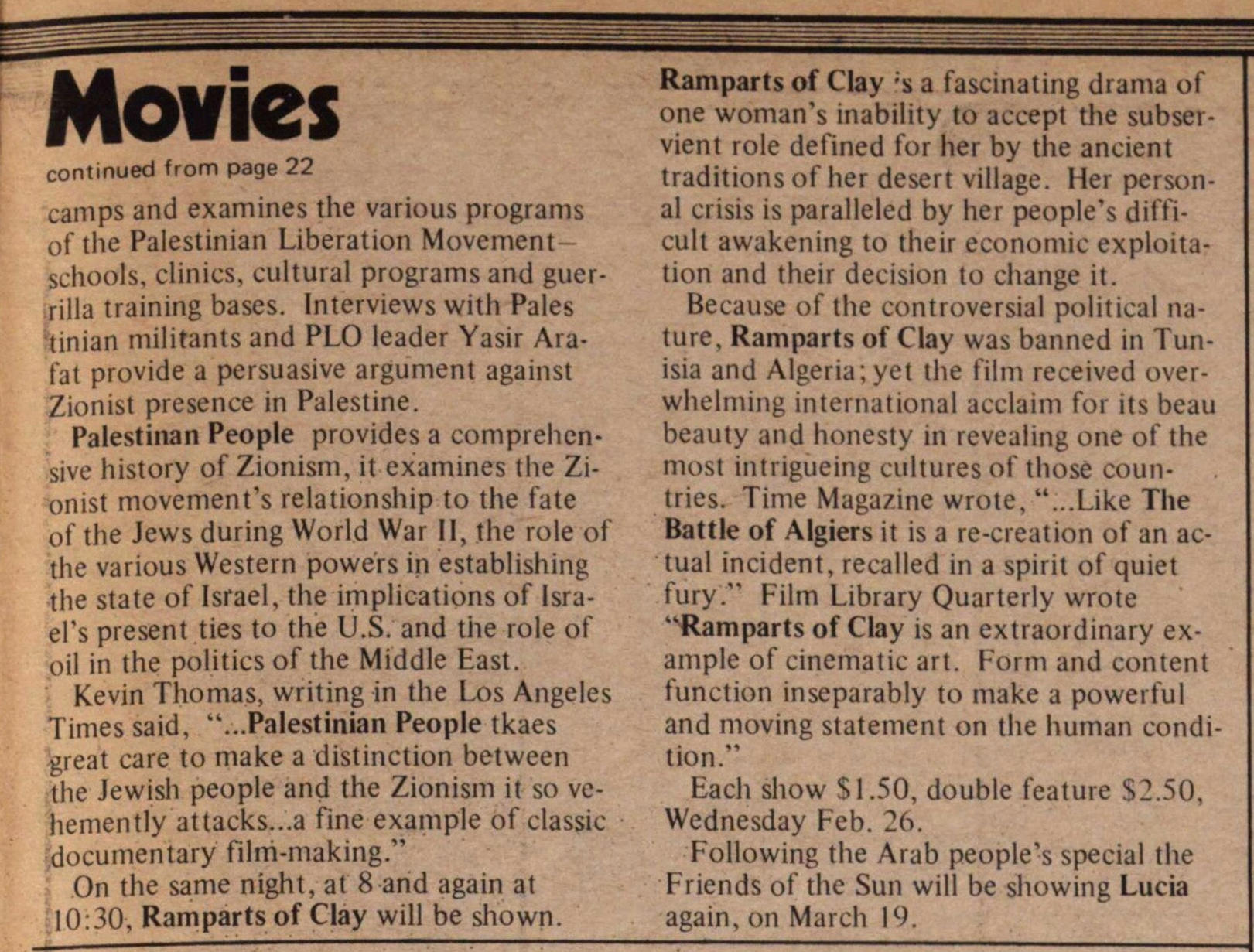 Coming up on February 2d. Wednesday, the Friends of the Ann Arbor SUN international Film Series will present a doublé feature focusing on the Arab people.

AT 7pm. and then again at 9:30. "WE ARK THE PALESTINIAN PEOPLE" will be shown. At X. and then again at 10:30pm, "RAMPARTS OF CLAY'' will be featured. The films will be screened in the Modem Language Auditorium 3. We Are The Palestinian People (formerly titled: Revolution Until Victory ), is a compelling documentary account of the century-long conflict between the Zionist settlers of Palestine and the indigénous Palestinian Arabs. The film traces the long history of Arab resistence, from the early rebellions against Turkish rule in 1915 and the general strikes in the 1930'sand '40's against Britisli control of Palestine, to the present struggle of the Palestinian refugees to regain their homeland.

Palestinan People provides a comprehensivo liistory of Zionism, it examines the Zionist movement's relationship to the fate of the Jews during World War II, the role of the various Western powers in establishing the state of Israel, the implications of Israel's present ties to the U.S. and the role of pil in the politics of the Middle East.

Kevin Thomas, writing in the Los Angeles Times said, "...Palestinian People takes great care to make a distinction between the Jewish people and the Zionism it so vehemently attacks...a fine example of classic documentary filrri-niaking." On the same níght, at 8 and again at 10:30, Ramparts of Clay will be shown. Ramparts of Clay ;s a fascinating dramu of one woman's inability to accept the subservient role defined for her by the ancient traditions of her desert village. Her personal crisis is paralleled by her people's dilïicult awakening to their economic exploitation and their decisión to change it.

Because of the controversial politica] nature. Ramparts of Clay was banned in Tunisia and Algeria; yet the film received overwhelming international acclaim for its beauty and honesty in revealing one of the most intriguing cultures of those countries. Time Magazine wrote, "...Like The Battle of Algiers it is a re-creation of an actual incident, recalled in a spirit of quiet fury." Film Library Quarterly wrote "Ramparts of Clay is an extraordinary example of cinematic art. Form and content function inseparably to make a powerful and moving statement on the human condition."

Each show $1.50, doublé feature S2.5O, Wednesday Feb. 26. Following the Arab people's special the Friends of the Sun will be showing Lucia again, on March 19.