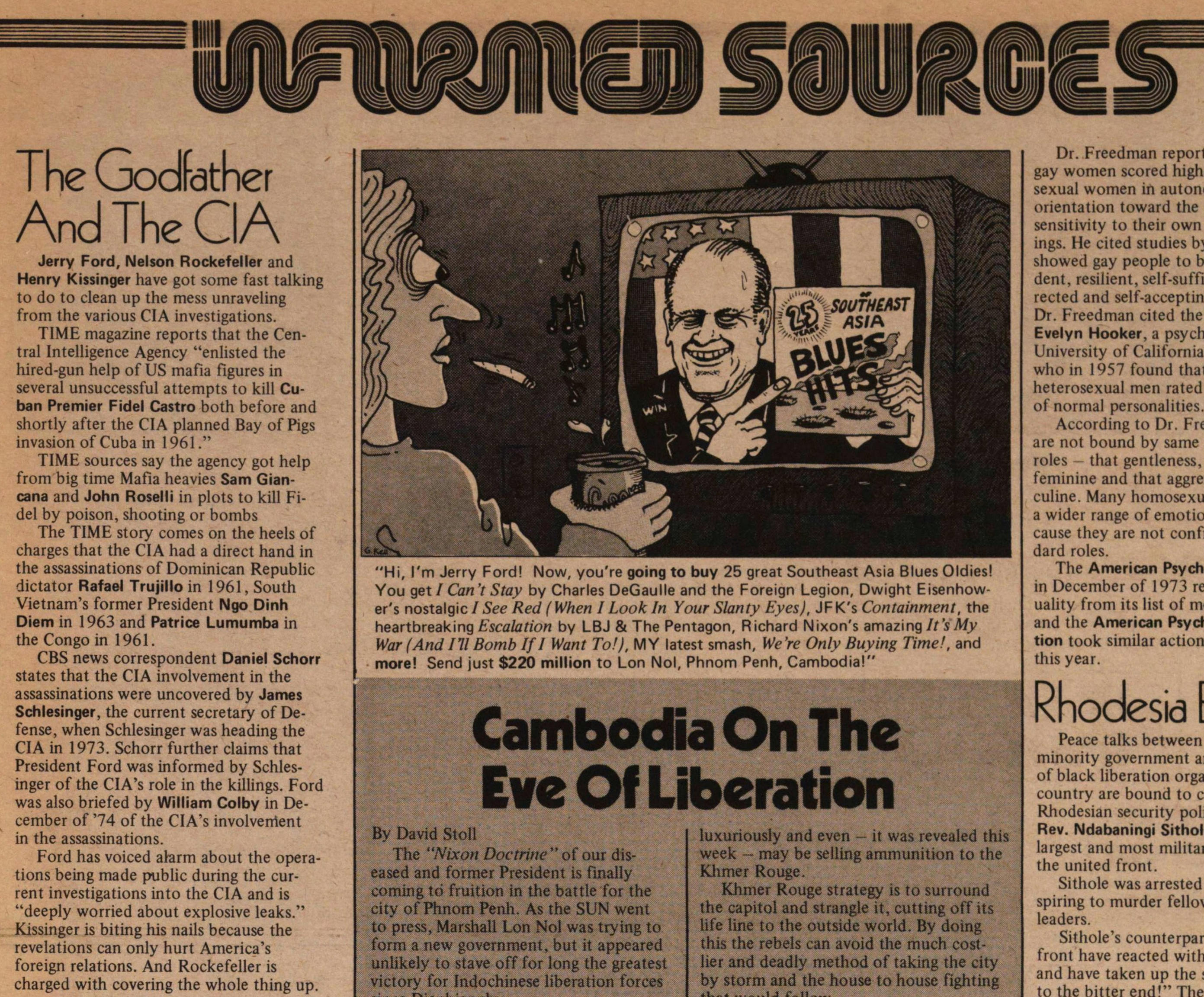 The Godfather And The CIA

Jerry Ford, Nelson Rockefeller and Henry Kissinger have got some fast talking to do to clean up the mess unraveling from the various CIA investigations.

TIME magazine reports that the Central Intelligence Agency "enlisted the hired-gun help of US mafia figures in several unsuccessful attempts to kill Cuban Premier Fidel Castro both before and shortly after the CIA planned Bay of Pigs invasion of Cuba in 1961."

The TIME story comes on the heels of charges that the CIA had a direct hand in the assassinations of Dominican Republic dictator Rafael Trujillo in 1961, South Vietnam's former President Ngo Dinh Diem in 1963 and Patrice Lumumba in the Congo in 1961.

Ford has voiced alarm about the operations being made public during the current investigations into the CIA and is "deeply worried about explosive leaks." Kissinger is biting his nails because the revelations can only hurt America's foreign relations. And Rockefeller is charged with covering the whole thing up.