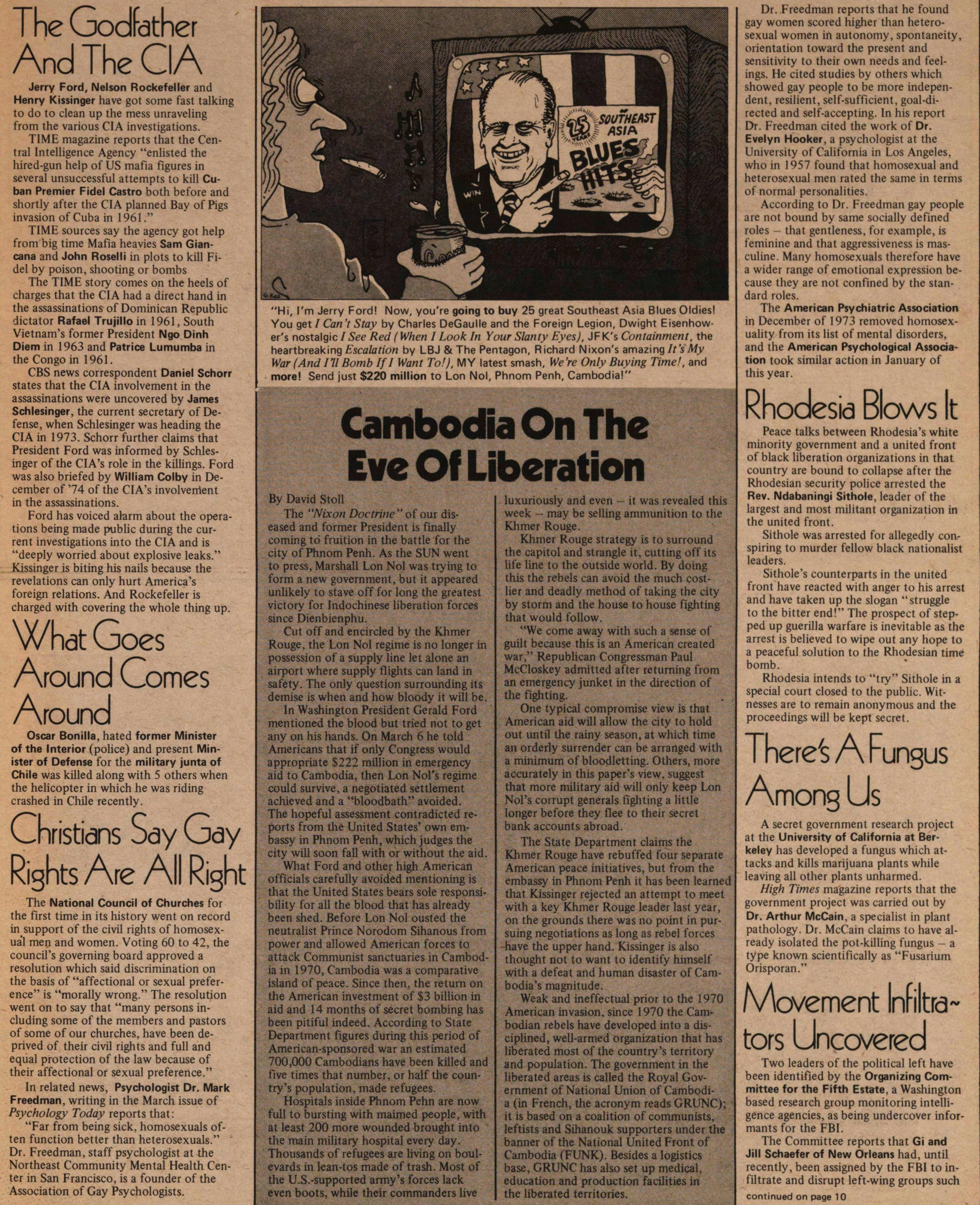 The National Council of Churches for the first time in its history went on record in support of the civil rights of homosexual men and women. Voting 60 to 42, the council's governing board approved a resolution which said discrimination on the basis of "affectional or sexual preference" is "morally wrong." The resolution went on to say that "many persons including some of the members and pastors of some of our churches, have been deprived of their civil rights and full and equal protection of the law because of their affectional or sexual preference."

In related news, Psychologist Dr. Mark Freedman, writing in the March issue of Psychology Today reports that: "Far from being sick, homosexuals often function better than heterosexuals."  Dr. Freedman, staff psychologist at the Northeast Community Mental Health Center in San Francisco, is a founder of the Association of Gay Psychologists.

Dr. Freedman reports that he found gay women scored higher than heterosexual women in autonomy, spontaneity, orientation toward the present and sensitivity to their own needs and feelings. He cited studies by others which showed gay people to be more independent, resilient, self-sufficient, goal-directed and self-accepting. In his report Dr. Freedman cited the work of Dr. Evelyn Hooker, a psychologist at the University of California in Los Angeles, who in 1957 found that homosexual and heterosexual men rated the same in terms of normal personalities.

According to Dr. Freedman gay people are not bound by same socially defined roles - that gentleness, for example, is feminine and that aggressiveness is masculine. Many homosexuals therefore have a wider range of emotional expression because they are not confined by the standard roles.