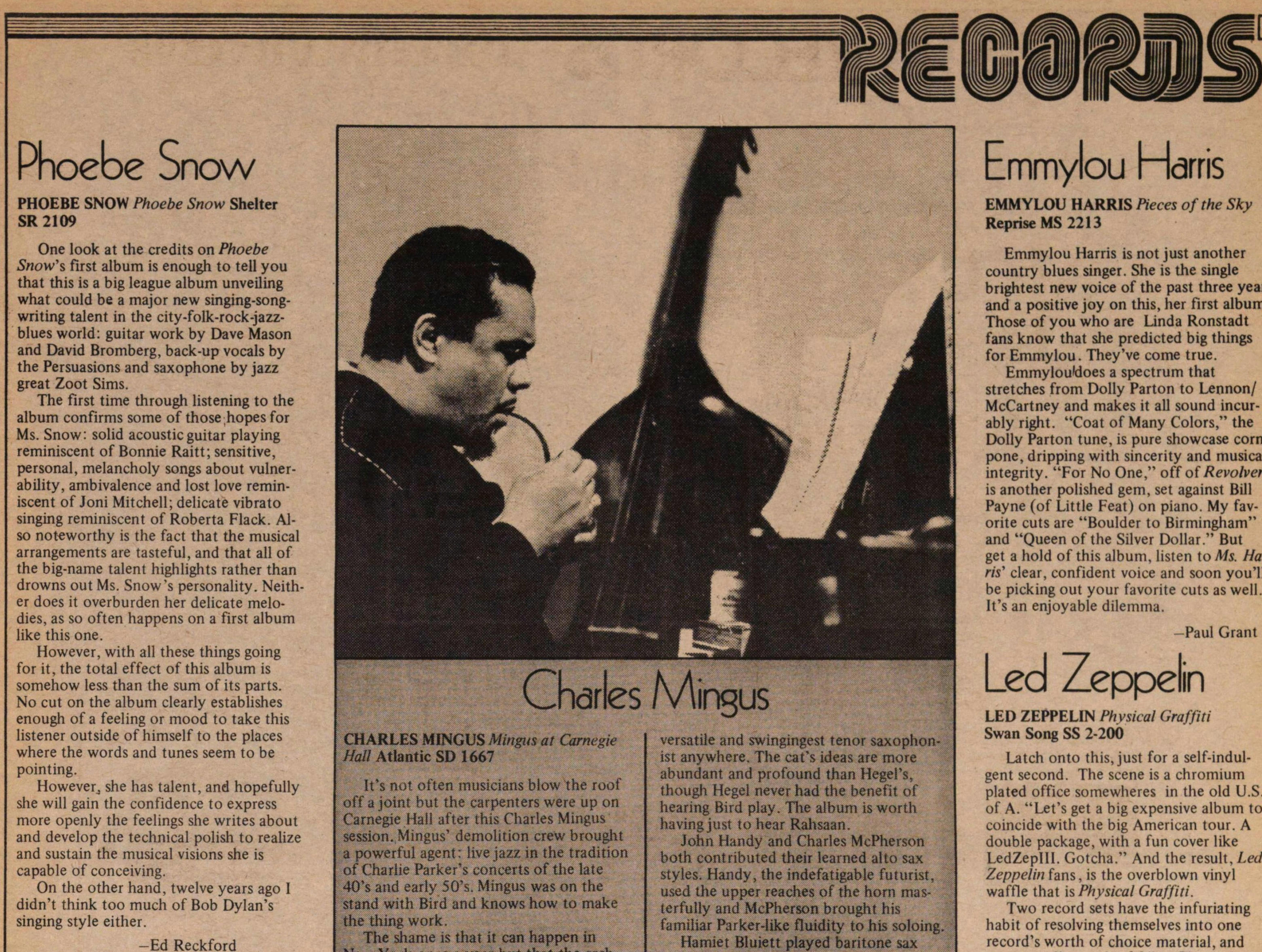 One look at the credits on Phoebe Snow's first album is enough to tell you that this is a big league album unveiling what could be a major new singing-songwriting talent in the city-folk-rock-jazz-blues world: guitar work by Dave Mason and David Bromberg, back-up vocals by the Persuasions and saxophone by jazz great Zoot Sims.

The first time through listening to the album confirms some of those.hopes for Ms. Snow: solid acoustic guitar playing reminiscent of Bonnie Raitt; sensitive, personal, melancholy songs about vulnerability, ambivalence and lost love reminiscent of Joni Mitchell; delicate vibrato singing reminiscent of Roberta Flack. Also noteworthy is the fact that the musical arrangements are tasteful, and that all of the big-name talent highlights rather than drowns out Ms. Snow 's personality. Neither does it overburden her delicate melodies, as so often happens on a first album like this one.

However, with all these things going for it, the total effect of this album is somehow less than the sum of its parts. No cut on the album clearly establishes enough of a feeling or mood to take this listener outside of himself to the places where the words and tunes seem to be pointing.

However, she has talent, and hopefully she will gain the confidence to express more openly the feelings she writes about and develop the technical polish to realize and sustain the musical visions she is capable of conceiving.

On the other hand, twelve years ago I didn't think too much of Bob Dylan's singing style either.