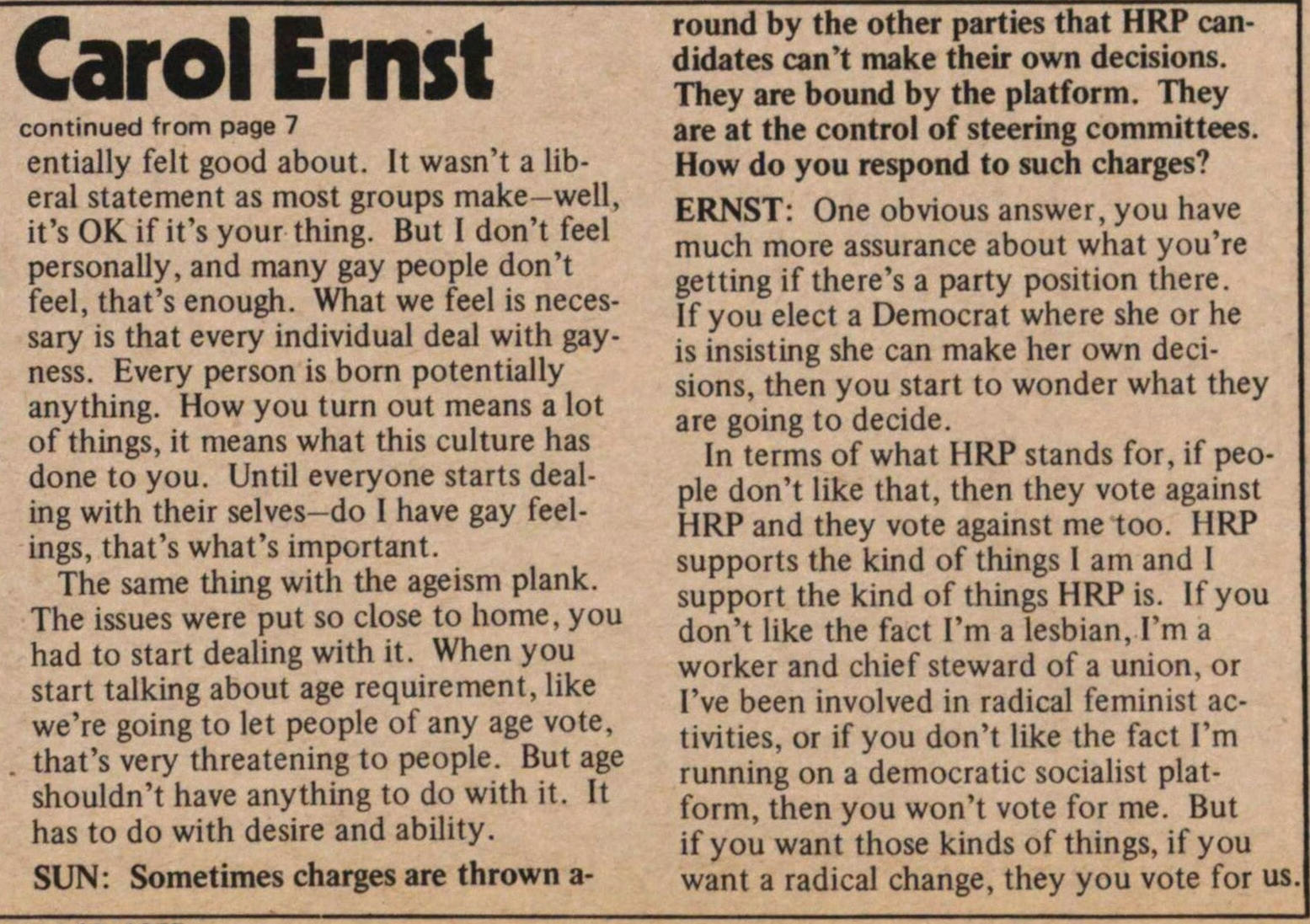 entially felt good about. It wasn't a liberal statement as most groups make- well, it's OK if it's your thing. But I don't feel personally, and many gay people don't feel, that's enough. What we feel is necessary is that every individual deal with gayness. Every person is born potentially anything. How you turn out means a lot of things, it means what this culture has done to you. Until everyone starts dealing with their selves- do I have gay feelings, that's what's important.
The same thing with the ageism plank. The issues were put so close to home, you had to start dealing with it. When you start talking about age requirement, like we're going to let people of any age vote, that's very threatening to people. But age shouldn't have anything to do with it. It has to do with desire and ability.
SUN: Sometimes charges are thrown round by the other parties that HRP candidates can't make their own decisions. They are bound by the platform. They are at the control of steering committees. How do you respond to such charges?
ERNST: One obvious answer, you have much more assurance about what you're getting if there's a party position there. If you elect a Democrat where she or he is insisting she can make her own decisions, then you start to wonder what they are going to decide.
In terms of what HRP stands for, if people don't like that, then they vote against HRP and they vote against me too. HRP supports the kind of things I am and I support the kind of things HRP is. If you don't like the fact I'm a lesbian, I'm a worker and chief steward of a union, or I've been involved in radical feminist activities, or if you don't like the fact I'm running on a democratic socialist platform, then you won't vote for me. But if you want those kinds of things, if you want a radical change, they you vote for us.