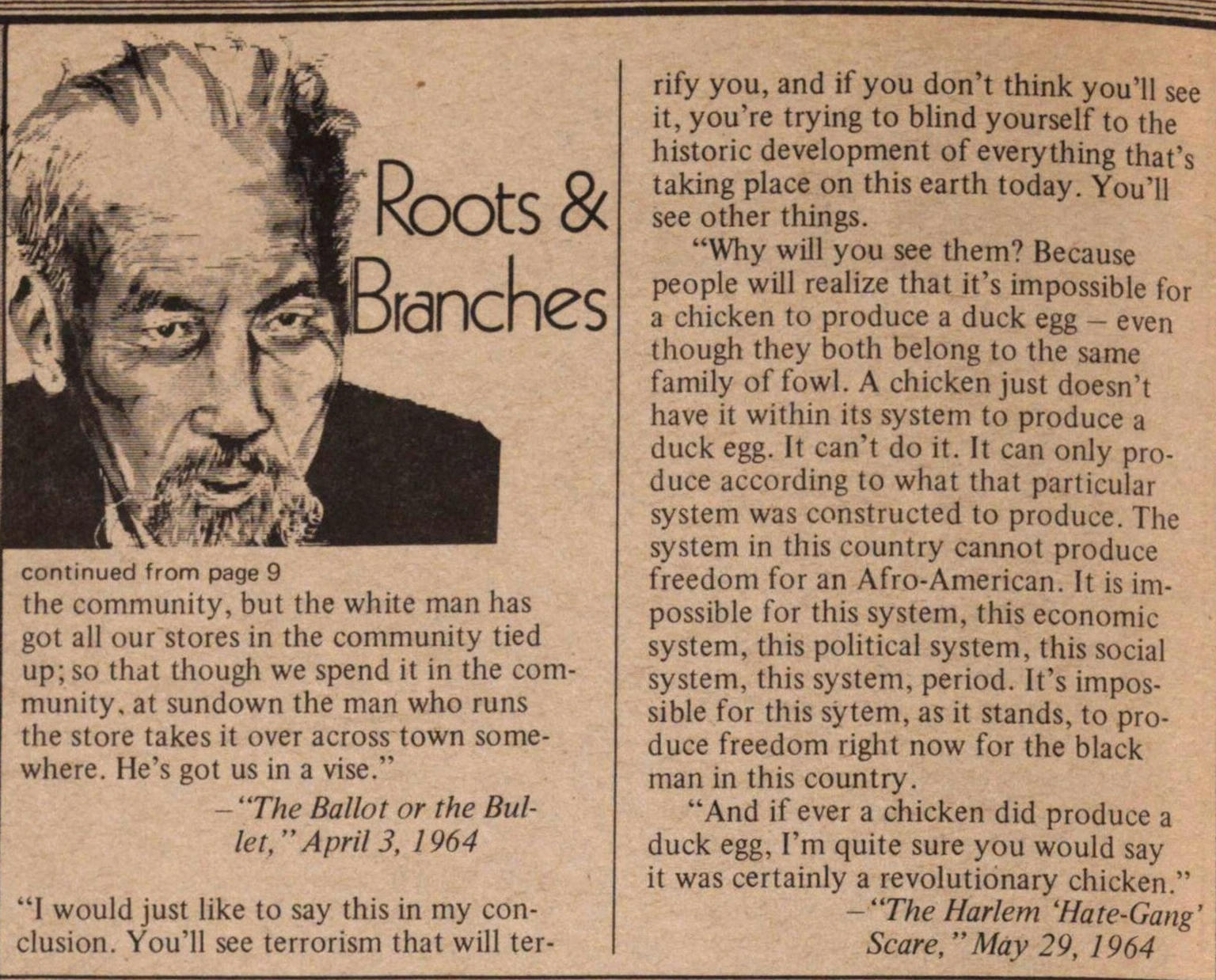 "I would just like to say this in my conclusion.  You'll see terrorism that will terrify you, and if you don't think you'll see it, you're trying to blind yourself to the historic development of everything that's taking place on this earth today.  You'll see other things.