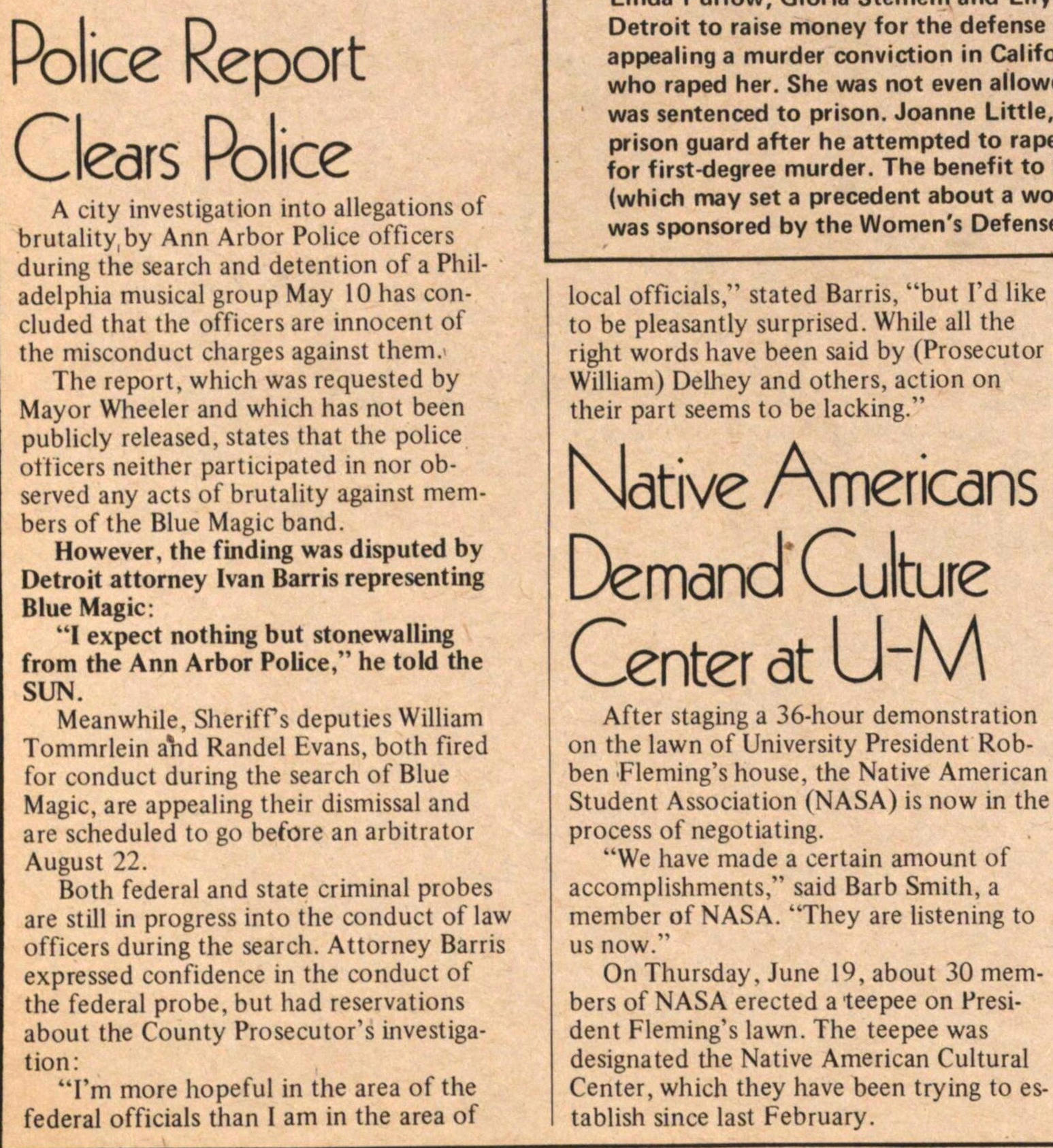 A city investigation into allegations of brutality, by Ann Arbor Police officers during the search and detention of a Philadelphia musical group May 10 has concluded that the officers are innocent of the misconduct charges against them.

The report, which was requested by Mayor Wheeler and which has not been publicly released, states that the police officers neither participated in nor observed any acts of brutality against members of the Blue Magic band.

However, the finding was disputed by Detroit attorney Ivan Barris representing Blue Magie:

"I expect nothing but stonewalling from the Ann Arbor Police," he told the SUN.

Meanwhile, Sheriffs deputies William Tommrlein and Randel Evans, both fired for conduct during the search of Blue Magic, are appealing their dismissal and are scheduled to go before an arbitrator August 22.

Both federal and state criminal probes are still in progress into the conduct of law officers during the search. Attorney Barris expressed confidence in the conduct of the federal probe, but had reservations about the County Prosecutor's investigation:

'I'm more hopeful in the area of the federal officials than I am in the area of local officials," stated Barris, "but I'd like to be pleasantly surprised. While all the right words have been said by (Prosecutor William) Delhey and others, action on their part seems to be lacking."