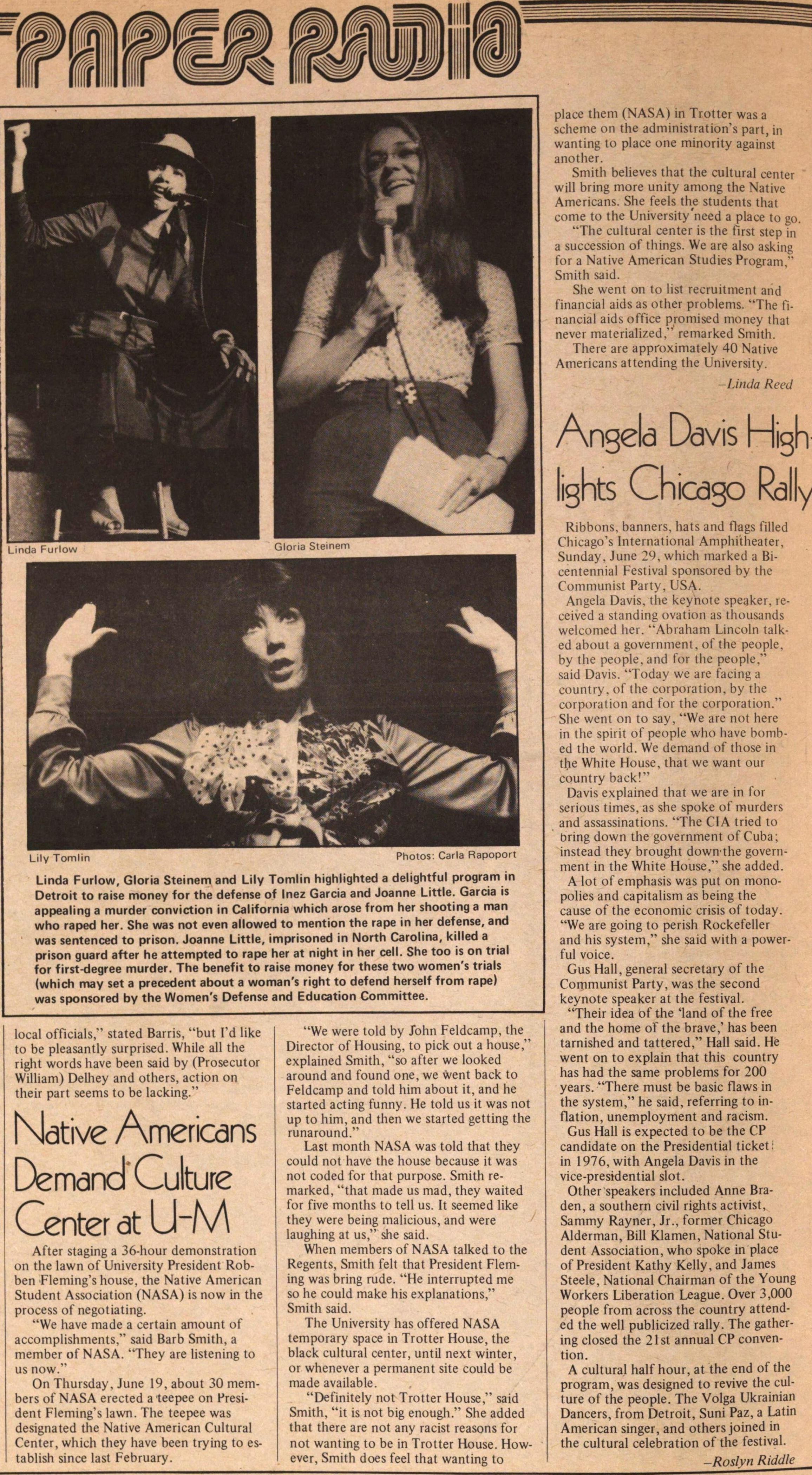 After staging a 36-hour demonstration on the lawn of University President Robben Fleming's house, the Native American Student Association (NASA) is now in the process of negotiating.

"We have made a certain amount of accomplishments," said Barb Smith, a member of NASA. "They are listening to us now."

On Thursday, June 19, about 30 members of NASA erected a teepee on President Fleming's lawn. The teepee was designated the Native American Cultural Center, which they have been trying to establish since last February.

"We were told by John Feldcamp, the Director of Housing, to pick out a house," explained Smith, "so after we looked around and found one, we went back to Feldcamp and told him about it, and he started acting funny. He told us it was not up to him, and then we started getting the runaround."

Last month NASA was told that they could not have the house because it was not coded for that purpose. Smith remarked, "that made us mad, they waited for five months to tell us. It seemed like they were being malicious, and were laughing at us," she said.

When members of NASA talked to the Regents, Smith felt that President Fleming was bring rude. "He interrupted me so he could make his explanations," Smith said.

The University has offered NASA temporary space in Trotter House, the black cultural center, until next winter, or whenever a permanent site could be made available.

Smith believes that the cultural center will bring more unity among the Native Americans. She feels the students that come to the University'need a place to go.

"The cultural center is the first step in a succession of things. We are also asking for a Native American Studies Program." Smith said.

She went on to list recruitment and financial aids as other problems. "The financial aids office promised money that never materialized," remarked Smith.

There are approximately 40 Native Americans attending the University.