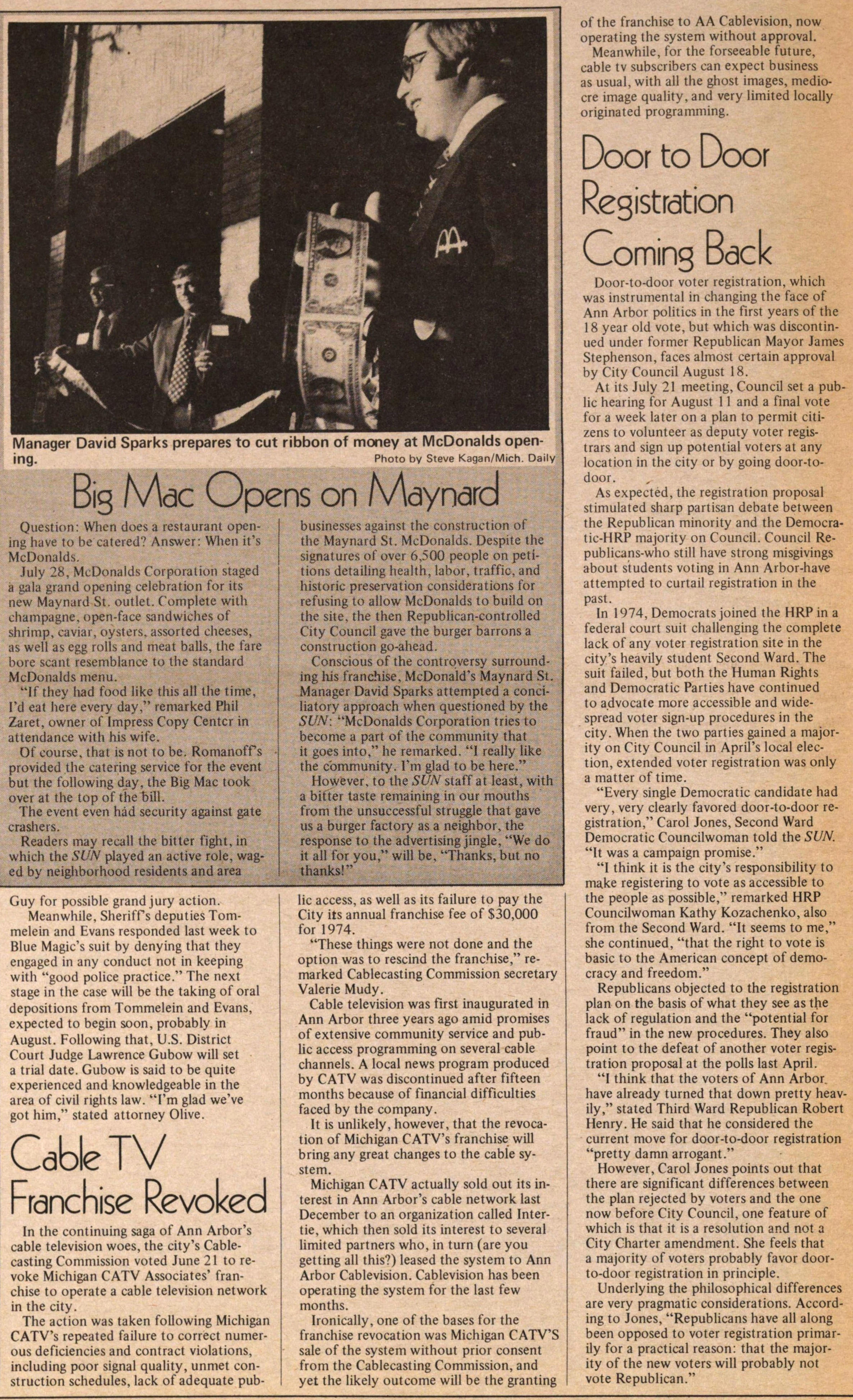 In the continuing saga of Ann Arbor's cable televisión woes, the city's Cablecasting Commission voted June 2 1 to revoke Michigan CATV Associates' franchise to opérate a cable televisión network in the city. The action was taken following Michigan CATV's repeated failure to correct numerous deficiencies and contract violations, including poor signal quality, unmet construction schedules, lack of adequate lic access, as well as its failure to pay the City its annual franchise fee of $30,000 for 1974. "These things were not done and the option was to rescind the franchise," remarked Cablecasting Commission secretary Valerie Mudy. Cable televisión was first inaugurated in Ann Arbor three years ago amid promises of extensive community service and public access programming on several cable channels. A local news program produced by CATV was discontinued after fifteen months because of financial diffïculties faced by the company. It is unlikely, however, that the revocation of Michigan CATV's franchise will bring any great changes to the cable system. Michigan CATV actually sold out its interest in Ann Arbor's cable network last December to an organization called Intertie, which then sold its interest to several limited partners who, in turn (are you getting all this?) leased the system to Ann Arbor Cablevision. Cablevision has been operating the system for the last few months. Ironically, one of the bases for the franchise revocation was Michigan CATV'S sale of the system without prior consent from the Cablecasting Commission, and yet the likely outcome will be the granting of the franchise to AA Cablevision, now operating the system without approval. Meanwhile, for the forseeable future, cable tv subscribers can expect business as usual, with all the ghost images, mediocre image quality, and very limited locally originated programming.