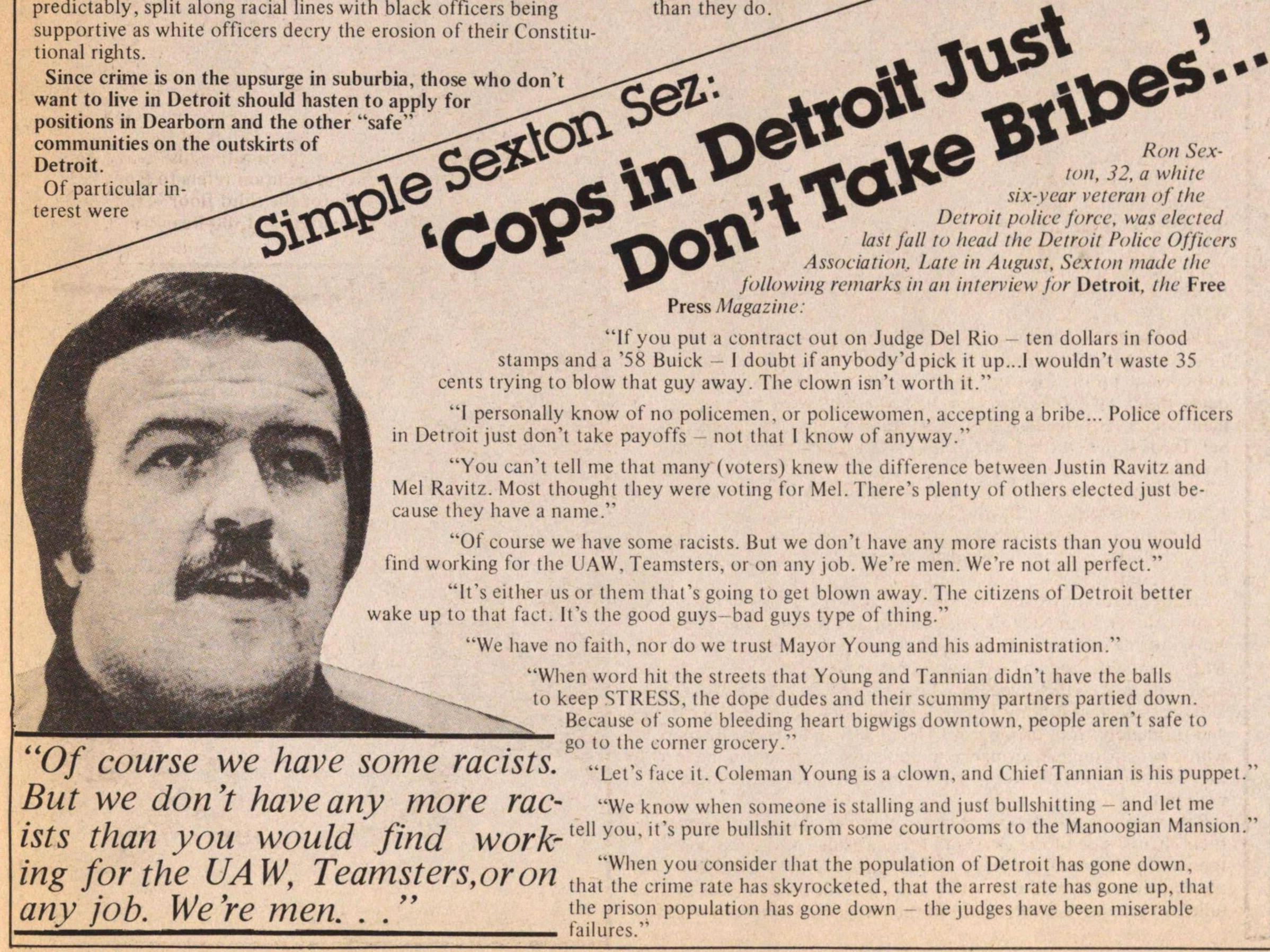 Ron Sexton, 32, a white six-year veteran of the Detroit police force, was elected last fall to head the Detroit Police Officers Association. Late in August, Sexton made the following remarks in an interview for Detroit, the Free Press Magazine:

"If you put a contract out on Judge Del Rio—ten dollars in food stamps and a '58 Buick—I doubt if anybody'd pick it up. . . . l wouldn't waste 35 cents trying to blow that guy away. The clown isn't worth it."

"I personally know of no policemen, or policewomen, accepting a bribe. . . . Police officers in Detroit just don't take payoffs—not that I know of anyway."

"You can't tell me that many (voters) knew the difference between Justin Ravitz and Mel Ravitz. Most thought they were voting for Mel. There's plenty of others elected just because they have a name."

"Of course we have some racists. But we don't have any more racists than you would find working for the UAW, Teamsters, or on any job. We're men. We're not all perfect."

"It's either us or them that's going to get blown away. The citizens of Detroit better wake up to that fact. It's the good guys–bad guys type of thing."

"We have no faith, nor do we trust Mayor Young and his administration."

"When word hit the streets that Young and Tannian didn't have the balls to keep STRESS, the dope dudes and their scummy partners partied down. Because of some bleeding heart bigwigs downtown, people aren't safe to go to the corner grocery."

"Let's face it. Coleman Young is a clown, and Chief Tannian is his puppet."

"We know when someone is stalling and just bullshitting—and let me tell you, it's pure bullshit from some courtrooms to the Manoogian Mansion."