Racist on the Rampage: As American as Bunker Hill 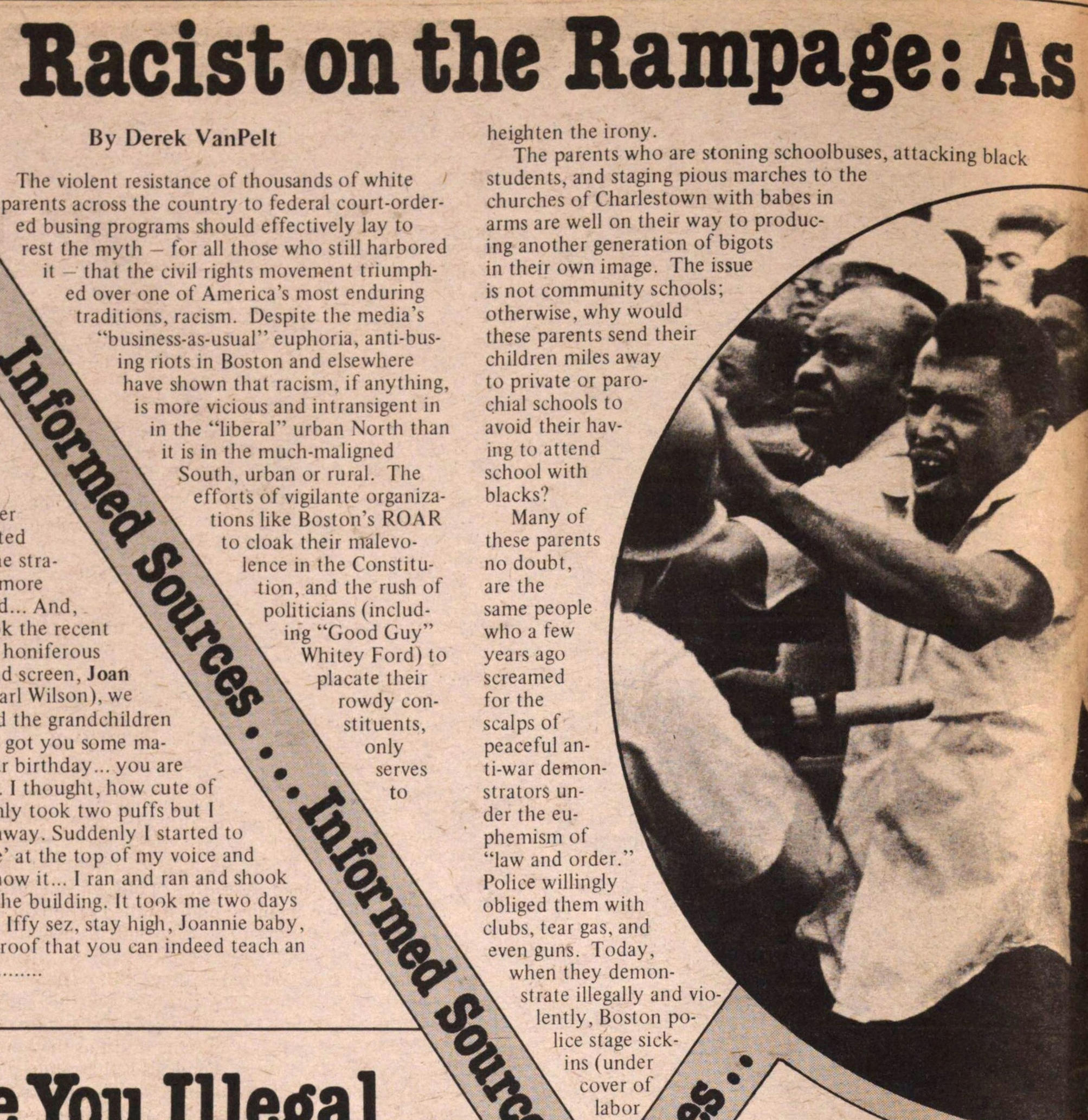 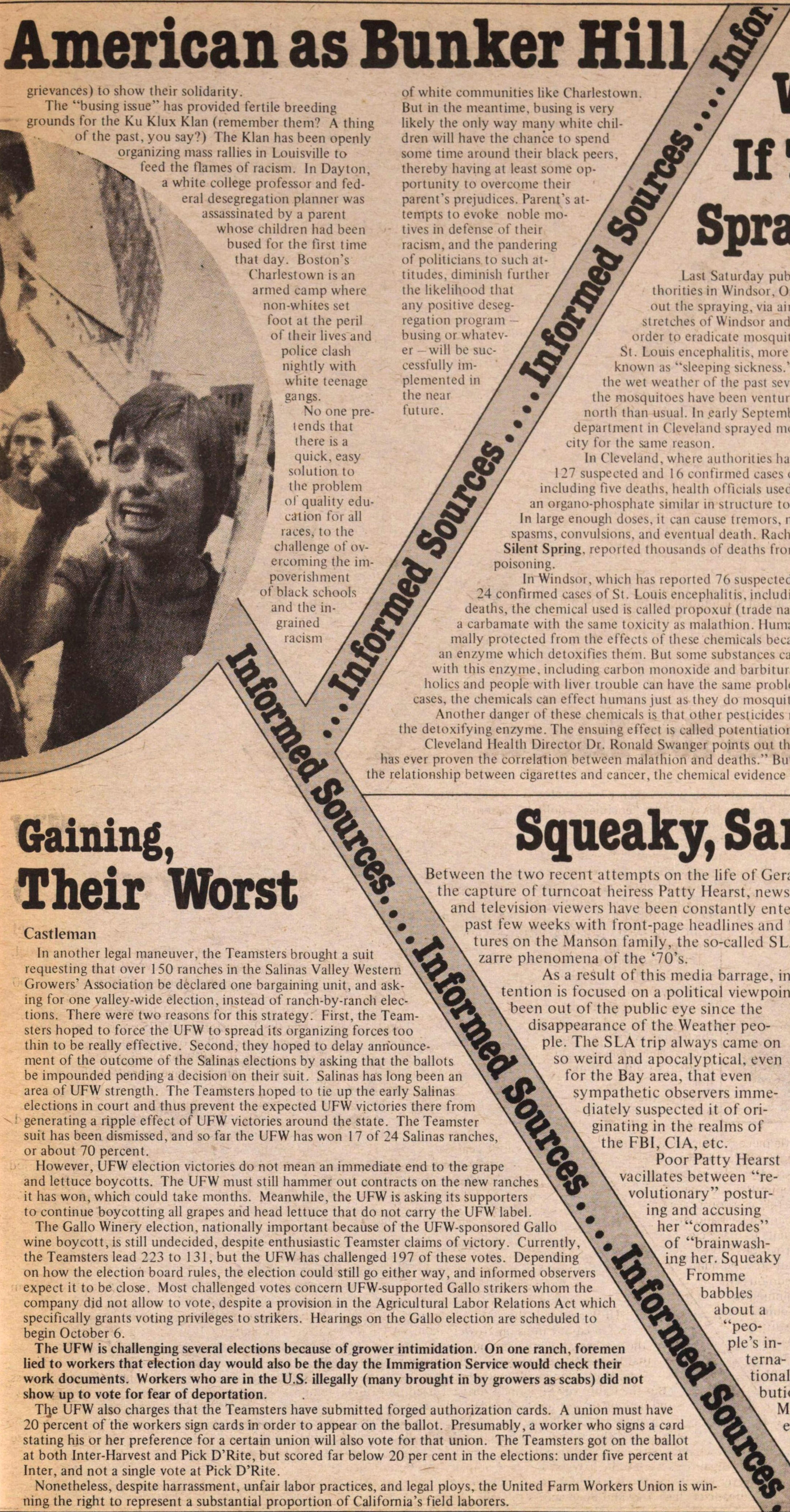 The violent resistance of thousands of white parents across the country to federal court-ordered busing programs should effectively lay to rest the myth—for all those who still harbored it—that the civil rights movement triumphed over one of America's most enduring traditions, racism. Despite the media's "business-as-usual" euphoria, anti-busing riots in Boston and elsewhere have shown that racism, if anything, is more vicious and intransigent in the "liberal" urban North than it is in the much-maligned South, urban or rural. The efforts of vigilante organizations like Boston's ROAR to cloak their malevolence in the Constitution, and the rush of politicians (including "Good Guy" Whitey Ford) to placate their rowdy constituents, only serves to heighten the irony. The parents who are stoning schoolbuses, attacking black students, and staging pious marches to the churches of Charlestown with babes in arms are well on their way to producing another generation of bigots in their own image. The issue is not community schools; otherwise, why would these parents send their children miles away to private or parochial schools to avoid their having to attend school with blacks?

Many of these parents no doubt, are the same people who a few years ago screamed for the scalps of peaceful anti-war demonstrators under the euphemism of "law and order." Police willingly obliged them with clubs, tear gas, and even guns. Today, when they demonstrate illegally and violently, Boston police stage sick-ins (under cover of labor grievances) to show their solidarity. The "busing issue" has provided fertile breeding grounds for the Ku Klux Klan (remember them? A thing of the past, you say?). The Klan has been openly organizing mass rallies in Louisville to feed the flames of racism. In Dayton, a white college professor and federal desegregation planner was assassinated by a parent whose children had been bused tor the first time that day. Boston's Charlestown is an armed camp where non-whites set foot at the peril of their lives and police clash nightly with white teenage gangs.

No one pretends that there is a quick, easy solution to the problem of quality education for all races, to the challenge of overcoming the impoverishment of black schools and the ingrained racism of white communities like Charlestown. But in the meantime, busing is very likely the only way many white children will have the chance to spend some time around their black peers, thereby having at least some opportunity to overcome their parents' prejudices. Parents' attempts to evoke noble motives in defense of their racism, and the pandering of politicians to such attitudes, diminish further the likelihood that any positive desegregation program busing or whatever—will be successfully implemented in the near future.