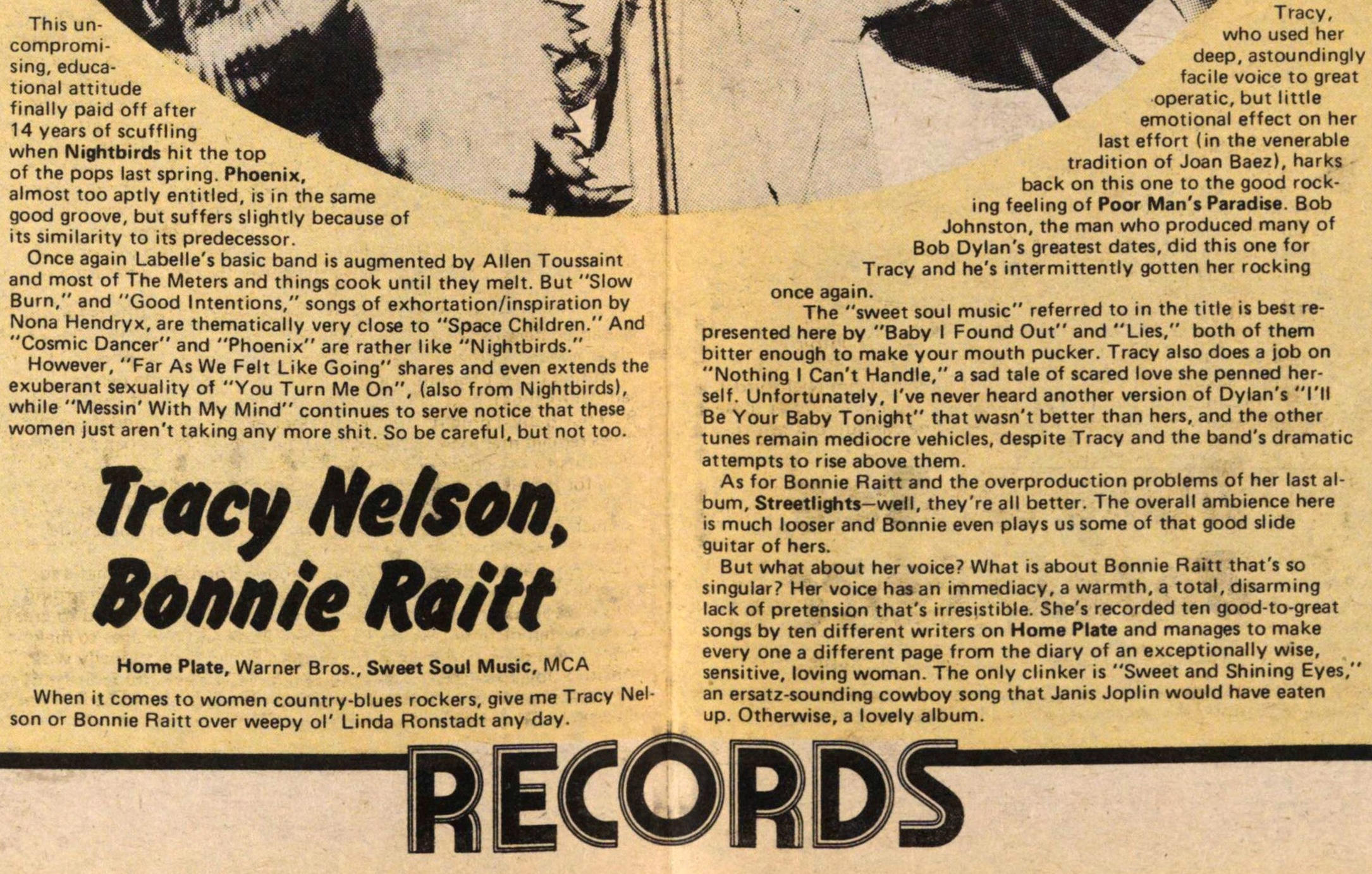 When it comes to women country-blues rockers, give me Tracy Nelson or Bonnie Raitt over weepy ol' Linda Ronstadt any day.

Tracy, who used her deep, astoundingly facile voice to great operatic, but little emotional effect on her last effort (in the venerable tradition of Joan Baez), harks back on this one to the good rocking feeling of Poor Man's Paradise. Bob Johnston, the man who produced many of Bob Dylan's greatest dates, did this one for Tracy and he's intermittently gotten her rocking once again.

The "sweet soul music" referred to in the title is best represented here by "Baby I Found Out" and "Lies," both of them bitter enough to make your mouth pucker. Tracy also does a job on "Nothing I Can't Handle," a sad tale of scared love she penned herself. Unfortunately, l've never heard another version of Dylan's "I'll Be Your Baby Tonight" that wasn't better than hers, and the other tunes remain mediocre vehicles, despite Tracy and the band's dramatic attempts to rise above them.

As for Bonnie Raitt and the overproduction problems of her last album, Streetlights-well, they're all better. The overall ambience here is much looser and Bonnie even plays us some of that good slide guitar of hers.

But what about her voice? What is it about Bonnie Raitt that's so singular? Her voice has an immediacy, a warmth, a total, disarming lack of pretension that's irresistible. She's recorded ten good-to-great songs by ten different writers on Home Plate and manages to make every one a different page from the diary of an exceptionally wise, sensitive, loving woman. The only clinker is "Sweet and Shining Eyes,' an ersatz-sounding cowboy song that Janis Joplin would have eaten up. Otherwise. a lovely album.