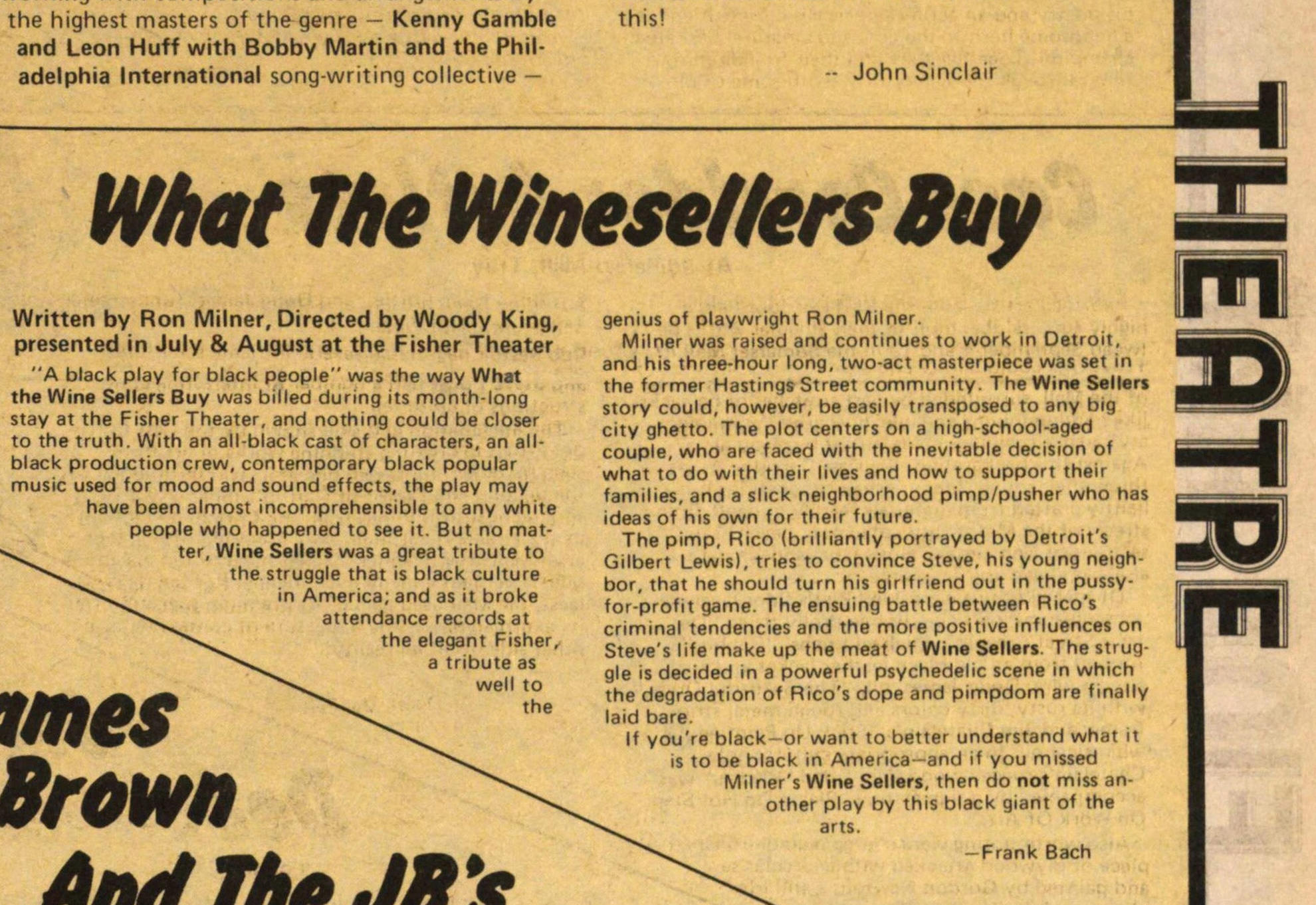 Written by Ron Milner, Directed by Woody King, presented in July & August at the Fisher Theater

"A black play for black people" was the way What the Wine SelIers Buy was billed during its month-long stay at the Fisher Theater, and nothing could be closer to the truth. With an all-black cast of characters, an all black production crew, contemporary black popular music used for mood and sound effects, the play may have been almost incomprehensible to any white people who happened to see it. But no matter, Wine Sellers was a great tribute to the struggle that is black culture in America; and as it broke attendance records at the elegant Fisher, a tribute as well to the genius of playwright Ron Milner.

Milner was raised and continues to work in Detroit, and his three-hour long, two-act masterpiece was set in the former Hastings Street community. The Wine Sellers story could, however, be easily transposed to any big city ghetto. The plot centers on a high-school-aged couple, who are faced with the inevitable decision of what to do with their lives and how to support their families, and a slick neighborhood pimp/pusher who has ideas of his own for their future.

The pimp, Rico (brilliantly portrayed by Detroit's Gilbert Lewis), tries to convince Steve, his young neighbor, that he should turn his girlfriend out in the pussy-for-profit game. The ensuing battle between Rico's criminal tendencies and the more positive influences on Steve's life make up the meat of Wine Sellers. The struggle is decided in a powerful psychedelic scene in which the degradation of Rico's dope and pimpdom are finally laid bare.

If you're black-or want to better understand what it is to be black in America- and if you missed Milner's Wine Sellers, then do not miss another play by this black giant of the arts.