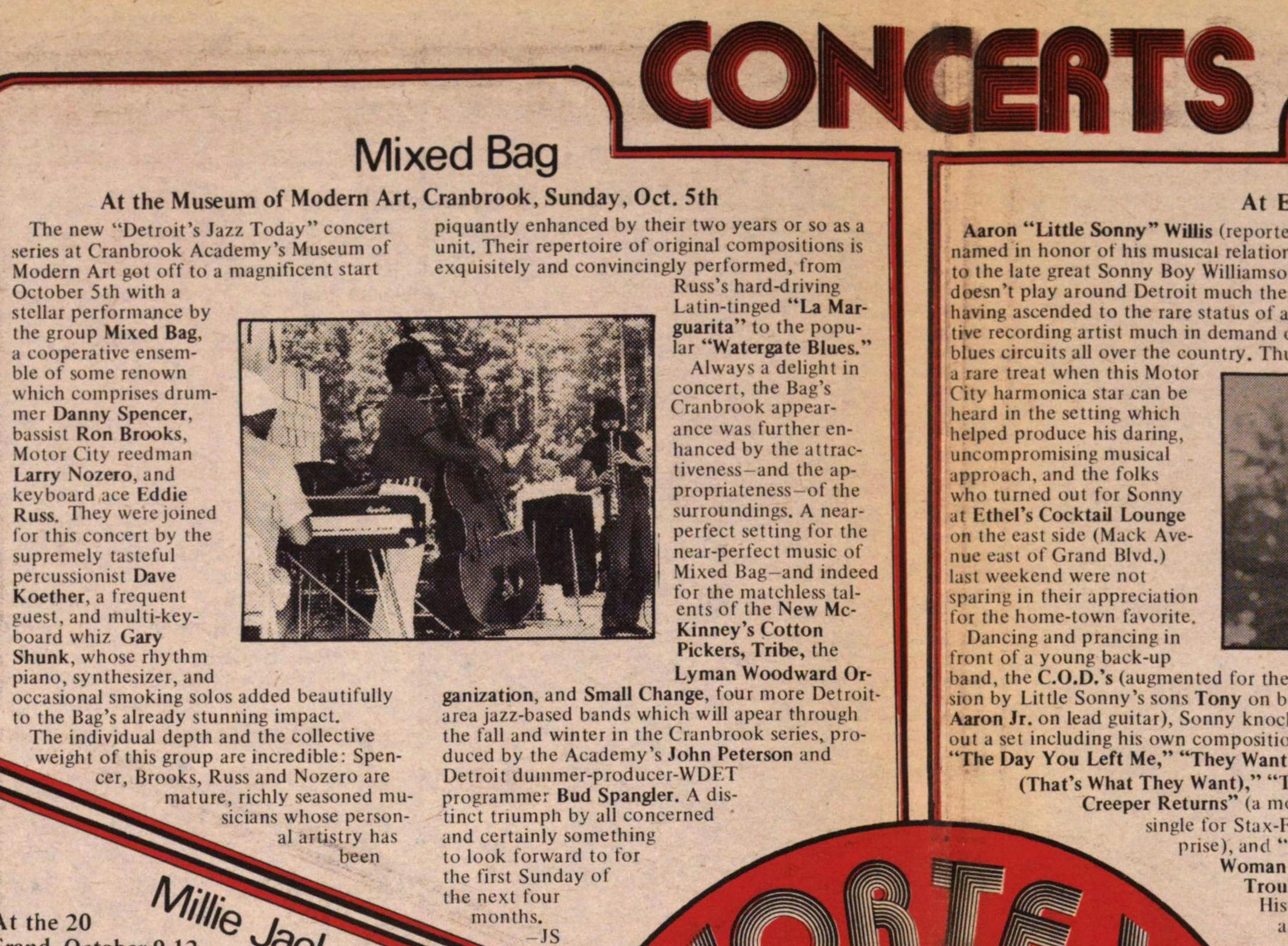 At the Museum of Modern Art, Cranbrook, Sunday, Oct. 5th

The new "Detroit's Jazz Today" concert series at Cranbrook Academy's Museum of Modern Art got off to a magnificent start October 5th with a stellar performance by the group Mixed Bag, a cooperative ensemble of some renown which comprises drummer Danny Spencer, bassist Ron Brooks, Motor City reedman Larry Nozero. and keyboard ace Eddie Russ. They were joined for this concert by the supremely tasteful percussionist Dave Koether, a frequent guest, and multi-keyboard whiz Gary Shunk, whose rhythm piano, synthesizer, and occasional smoking solos added beautifully to the Bag's already stunning impact.

The individual depth and the collective weight of this group are incredible: Spencer, Brooks, Russ und Nozero are mature, richly seasoned musicians whose personal artistry has been piquantly enhanced by their two years or so as a unit. Their repertoire of original compositions is exquisitely and convincingly performed, from Russ's hard-driving Latin-tinged "La Marguarita to the popular "Watergate Blues."

Always a delight in concert, the Bag's Cranbrook appearance was further enhanced by the attractiveness-and the appropriateness of the surroundings. A near perfect set- ting for the near-perfect music of Mixed Bag- and indeed tor the matchless talents of the New McKinney's Cotton Pickers, Tribe, the Lyman Woodward Organization, and Small Change, tour more Detroit area jazz-based bands which will appear through the fall and winter in the Cranbrook series, produced by the Academy's John Peterson and Detroit dummer-producer-WDKT programmer Bud Spangler. A distinct triumph by all concerned and certainly something to look forward to for the first Sunday of the next four months. -JS