Why Bother With Party Politics? 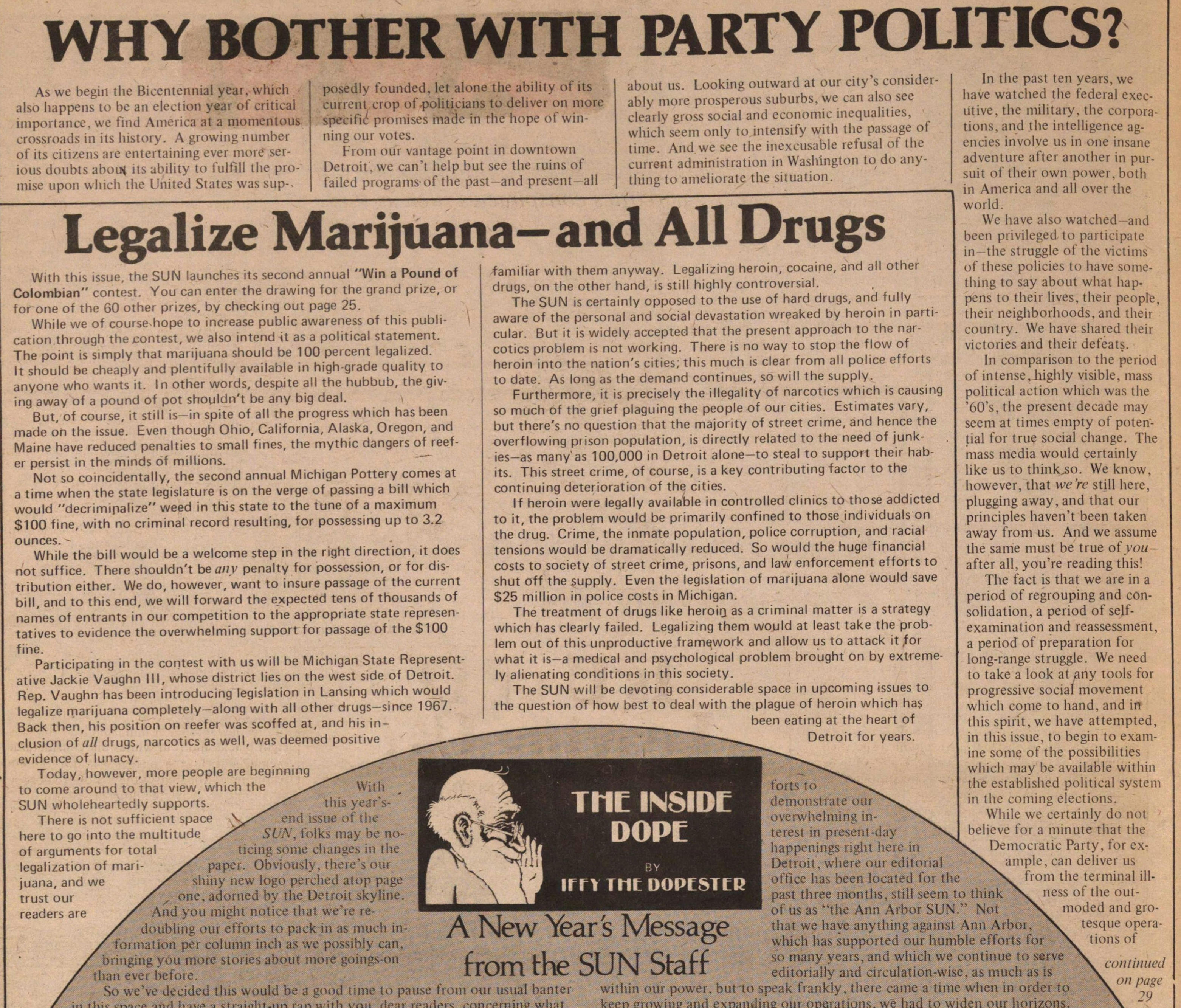 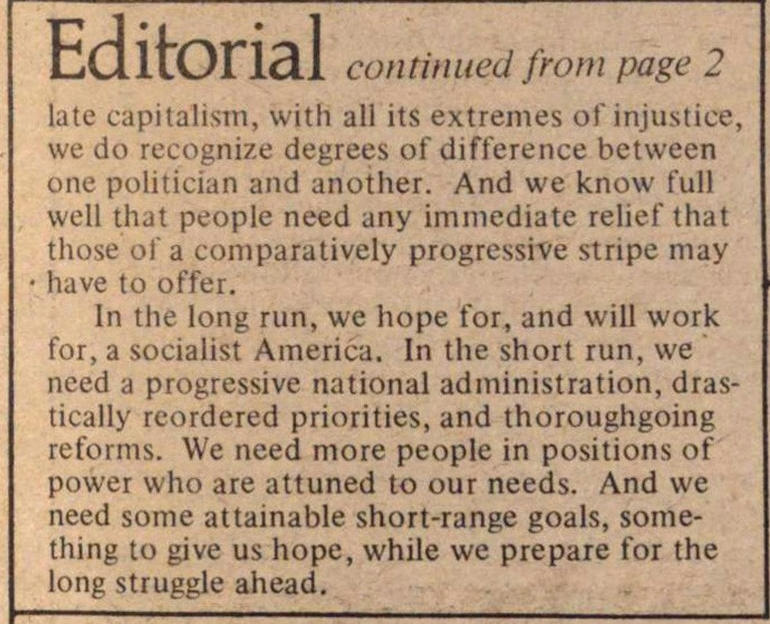 WHY BOTHER WITH PARTY POLITICS?

As we begin the Bicentennial year, which also happens to be an election year of critical importance, we find America at a momentous crossroads in its history. A growing number of it's citizens are entertaining ever more serious doubts about its ability to fulfill the promise upon which the United States was supposedly founded, let alone the ability of its Current crop of politicians to deliver on more specific promises made in the hope of winning our votes.

From our vantage point in downtown Detroit, we can't help but see the ruins of Failed programs-of the past and present all about us. Looking outward at our city's considerably more prosperous suburbs, we can also see clearly gross social and economic inequalities, which seem only to intensify with the passage of time. And we see the inexcusable refusal of the current administration in Washington to do anything to ameliorate the situation.

In the past ten years, we have watched the federal executive, the military, the corporations, and the intelligence agencies involve us in one insane adventure after another in pursuit of their own power, both in America and all over the world.

We have also watched and been privileged to participate in-the struggle of the victims of these policies to have something to say about what happens to their lives, their people, their neighborhoods, and their country. We have shared their victories and their defeats.

In comparison to the period of intense, highly visible, mass political action which was the '60's, the present decade may seem at times empty of potential for true social change. The mass media would certainly like us to think so. We know, however, that we're still here, plugging away, and that our principles haven't been taken away from us. And we assume the same must be true for you-after all, you're reading this!

The fact is that we are in a period of regrouping and consolidation, a period of self examination and reassessment, a period of preparation for long-range struggle. We need to take a look at, any tools for progressive social movement which come to hand, and in this spirit, we have attempted, in this issue, to begin to examine some of the possibilities which may be available within the established political system in the coming elections.

While we certainly do not believe for a minute that the Democratic Party, for example, can deliver us from the terminal illness of the outmoded and grotesque operations of

late capitalism, with all its extremes of injustice, we do recognize degrees of difference between one politician and another. And we know full well that people need any immediate relief that those of a comparatively progressive stripe may have to offer.

In the long run, we hope for, and will work for, a socialist America. In the short run, we need a progressive national administration, drastically reordered priorities, and thoroughgoing reforms. We need more people in positions of power who are attuned to our needs. And we need some attainable short-range goals, something to give us hope, while we prepare for the long struggle ahead.