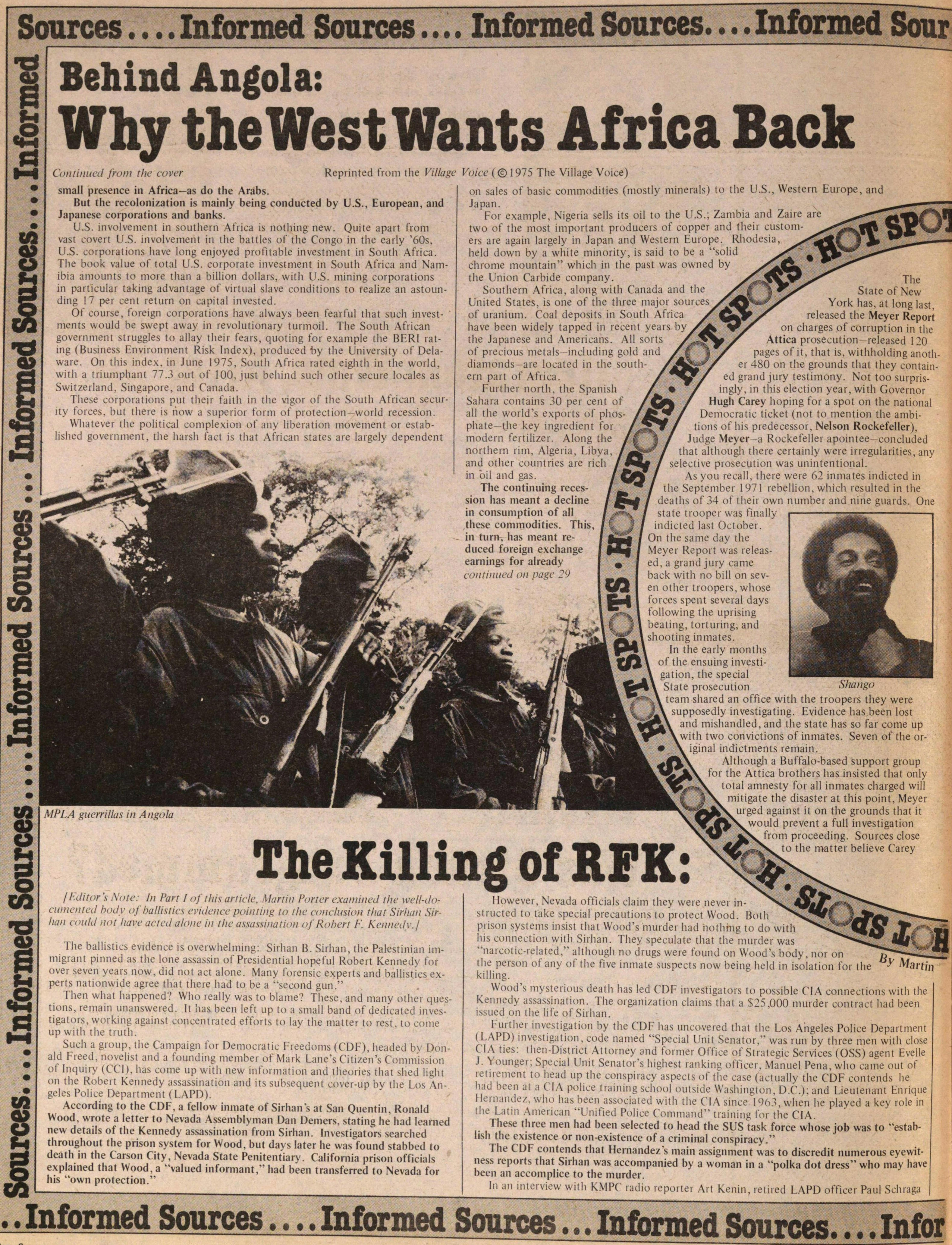 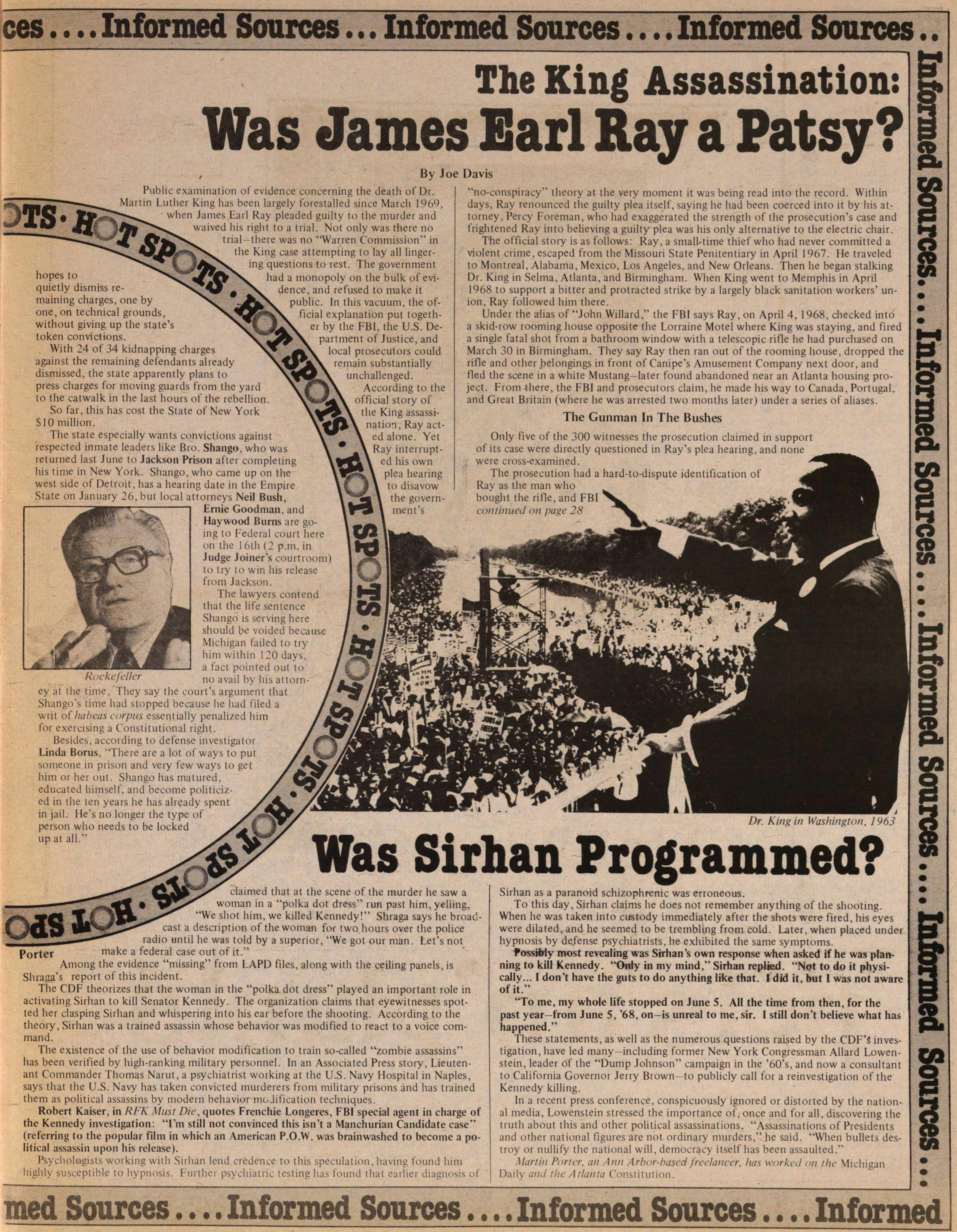 The State of New York has, at long last, released the Meyer Report on charges of corruption in the Attica prosecution – released 120 of it, that is, withholding another 480 on the grounds that they contain grand jury testimony. Not too surprisingly, in this election year, with Governor Hugh Carey hoping for a spot on the national Democratic ticket (not to mention the ambitions of his predecessor, Nelson Rockefeller), Judge Meyer – a Rockefeller appointee – concluded that although there certainly were irregularities, any selective prosecution was unintentional.

As you recall, there were 62 inmates indicted in the September 1971 rebellion, which resulted in the deaths of 34 of their own number and nine guards. One state trooper was finally indicted last October. On the same day the Meyer Report was released, a grand jury came back with no bill on seven other troopers, whose forces spent several days following the uprising beating, torturing, and shooting inmates.

In the early months of the ensuing investigation, the special State prosecution team shared an office with the troopers they were supposedly investigating. Evidence has been lost and mishandled, and the state has so far come up with two convictions of inmates. Seven of the original indictments remain.

Although a Buffalo-based support group for the Attica brothers has insisted that only total amnesty for all inmates charged will mitigate the disaster at this point, Meyer urged against it on the grounds that it would prevent a full investigation from proceeding. Sources close to the matter believe Carey hopes to quietly dismiss remaining charges, one by one, on technical grounds, without giving up the state's token convictions.

With 24 of 34 kidnapping charges against the remaining defendants already dismissed, the state apparently plans to press charges for moving guards from the yard to the catwalk in the last hours of the rebellion.

So far, this has cost the State of New York $10 million.

The state especially wants convictions against respected inmate leaders like Bro. Shango, who was returned last June to Jackson Prison after completing his time in New York. Shango, who came up on the west side of Detroit, has a hearing date in the Empire State on January 26, but local attorneys Neil Bush, Ernie Goodman, and Haywood Burns are going to Federal court here on the 16th (2 p.m. in Judge Joiner's courtroom) to try to win his release from Jackson.

The lawyers contend that the life sentence Shango is serving here should be voided because Michigan failed to try him within 120 days, a fact pointed out to no avail by his attorney at the time. They say the courts argument that Shango's time had stopped because he had filed a writ of habeas corpus essentially penalized him for exercising a Constitutional right.

Besides, according to defense investigator Linda Borus, “There are a lot of ways to put someone in prison and very few ways to get him or her out. Shango has matured, educated himself, and become politicized in the ten years he has already spent in jail. He's no longer the type of person who needs to be locked up at all."