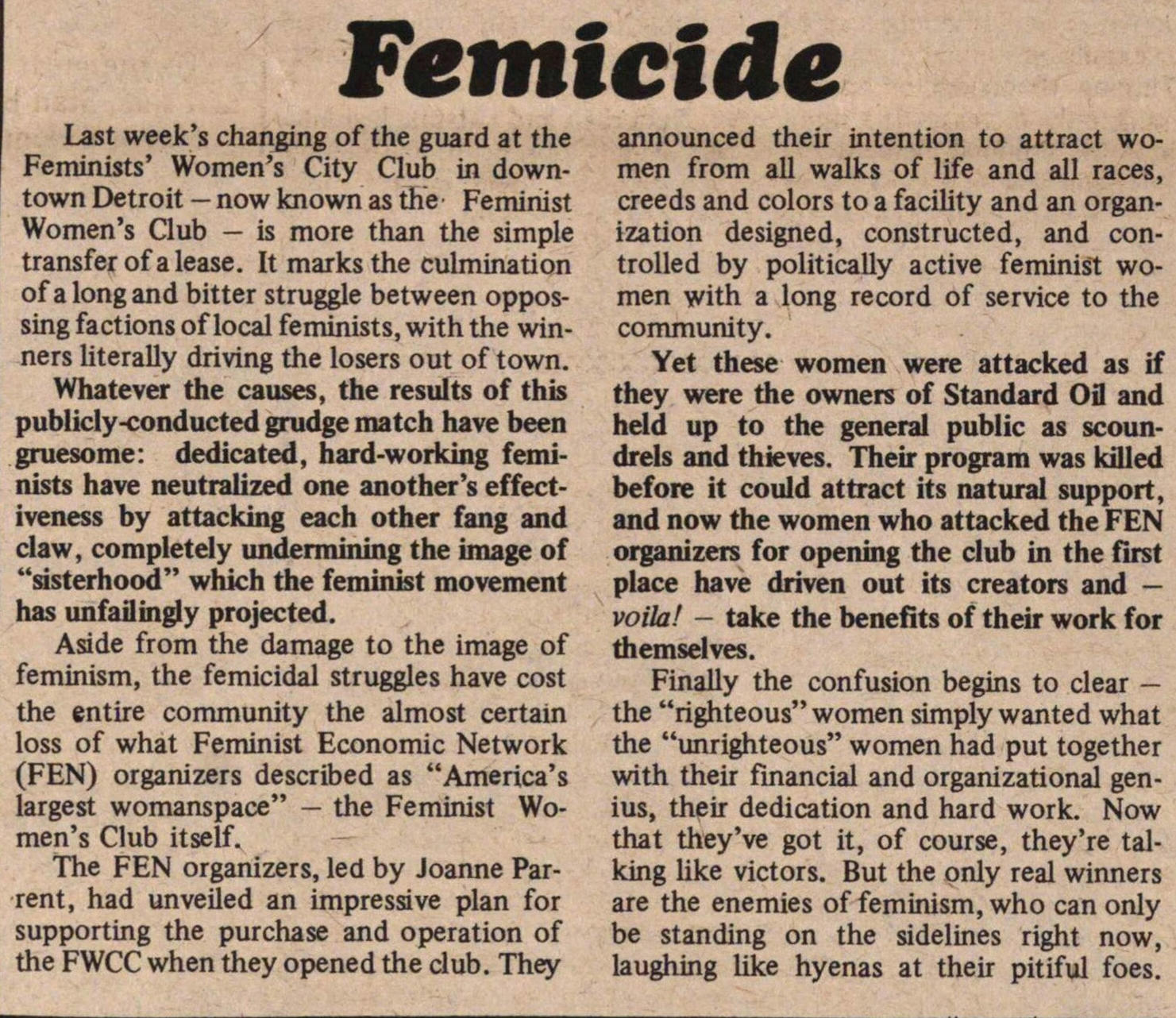 Last week's changing of the guard at the Feminists' Women's City Club in downtown Detroit - now known as the Feminist Women's Club - is more than the simple transfer of a lease. It marks the culmination of a long and bitter struggle between opposing factions of local feminists, with the winners literally driving the losers out of town.

Whatever the causes, the results of this publicly-conducted grudge match have been gruesome: dedicated, hard-working feminists have neutralized one another's effectiveness by attacking each other fang and claw, completely undermining the image of "sisterhood" which the feminist movement has unfailingly projected.

Aside from the damage to the image of feminism, the femicidal struggles have cost the entire community the almost certain loss of what Feminist Economic Network (FEN) organizers described as "America's largest womanspace" - the Feminist Women's Club itself.

The FEN organizers, led by Joanne Parrent, had unveiled an impressive plan for supporting the purchase and operation of the FWCC when they opened the club. They announced their intention to attract women from all walks of life and all races, creeds and colors to a facility and an organization designed, constructed, and controlled by politically active feminist women with a long record of service to the community.

Yet these women were attacked as if they were the owners of Standard Oil and held up to the general public as scoundrels and thieves. Their program was killed before it could attract its natural support, and now the women who attacked the FEN organizers for opening the club in the first place have driven out its creators and - voila! - take the benefits of their work for themselves.

Finally the confusion begins to clear - the "righteous" women simply wanted what the "unrighteous" women had put together with their financial and organizational genius, their dedication and hard work. Now that they've got it, of course, they're talking like victors. But the only real winners are the enemies of feminism, who can only be standing on the sidelines right now, laughing like hyenas at their pitiful foes.