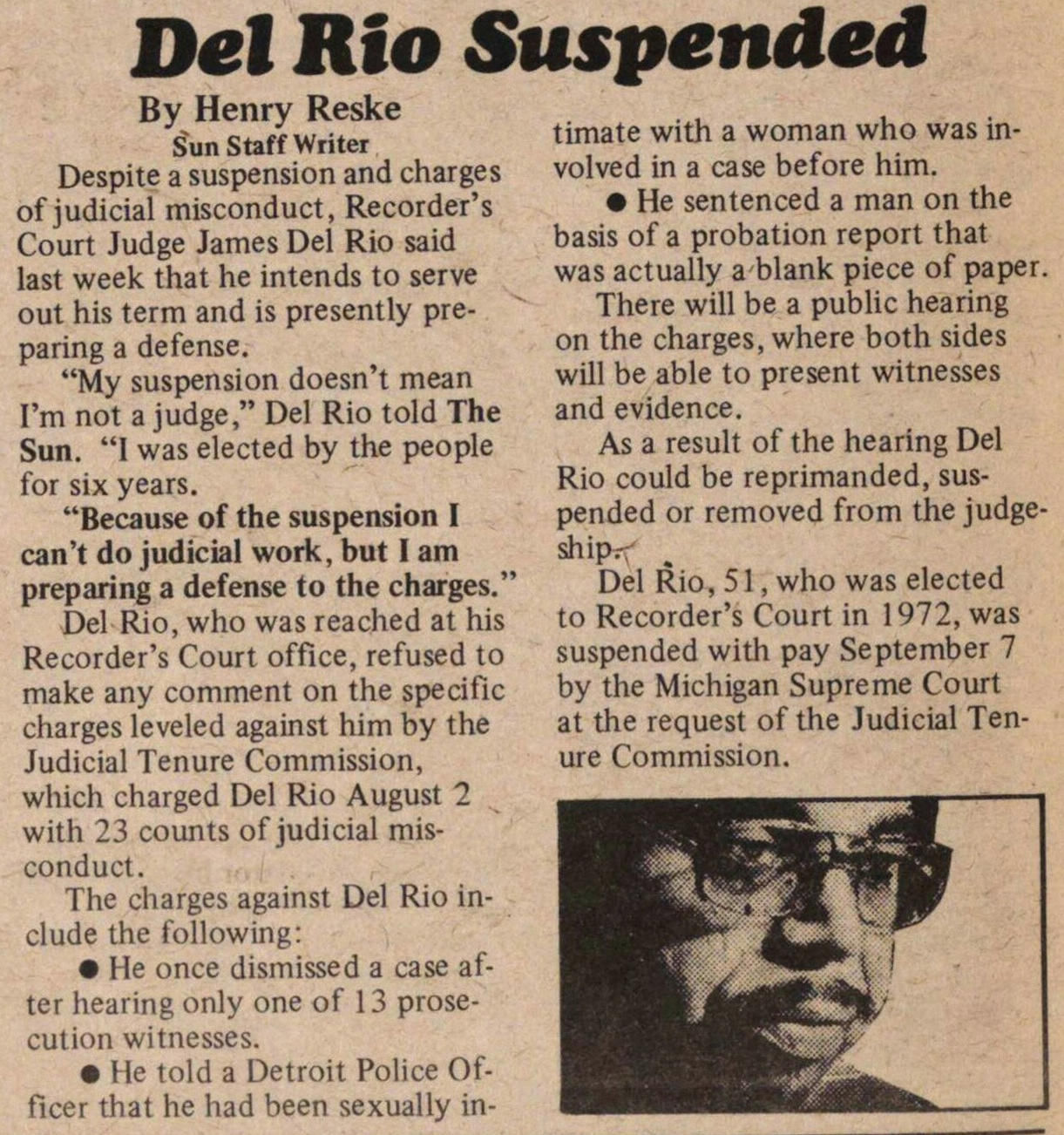 Despite a suspension and charges of judicial misconduct, Recorder's Court Judge James Del Rio said last week that he intends to serve out his term and is presently preparing a defense.       "My suspension doesn't mean I'm not a judge," Del Rio told The Sun. "I was elected by the people for six years.

"Because of the suspension I can't do judicial work, but I am preparing a defense to the charges."

Del Rio, who was reached at his Recorder's Court office, refused to make any comment on the specific charges leveled against him by the Judicial Tenure Commission, which charged Del Rio August 2 with 23 counts of judicial misconduct.

The charges against Del Rio include the following:

He once dismissed a case after hearing only one of 13 prosecution witnesses.

He told a Detroit Police Officer that he had been sexually intimate with a woman who was involved in a case before him.

He sentenced a man on the basis of a probation report that was actually a blank piece of paper.

There will be a public hearing on the charges, where both sides will be able to present witnesses and evidence.

As a result of the hearing Del Rio could be reprimanded, suspended or removed from the judgeship.

Del Rio, 5 1 , who was elected to Recorder's Court in 1972, was suspended with pay September 7 by the Michigan Supreme Court at the request of the Judicial Tenure Commission.