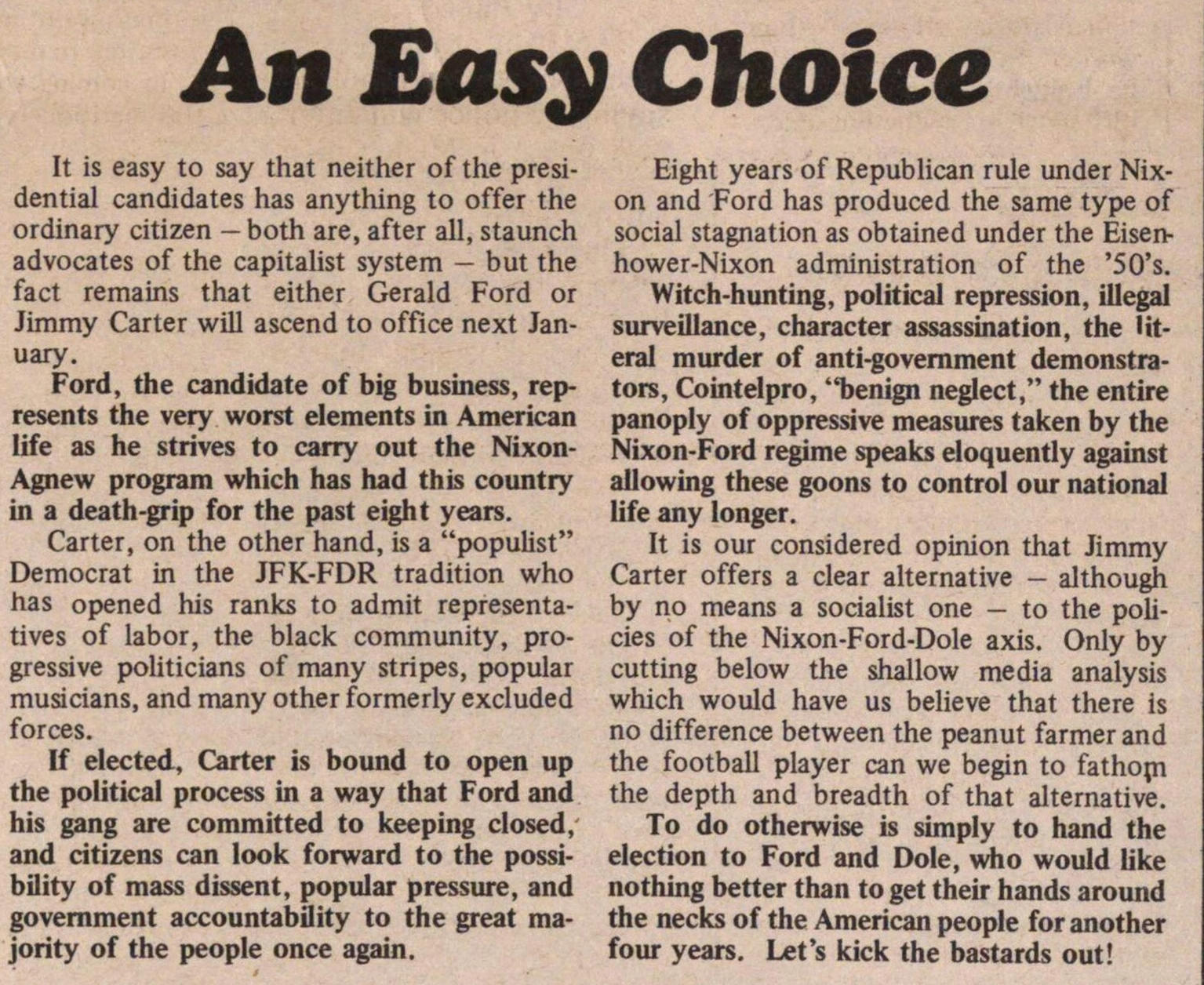 It is easy to say that neither of the presidential candidates has anything to offer the ordinary citizen - both are, after all, staunch advocates of the capitalist system - but the fact remains that either Gerald Ford or Jimmy Carter will ascend to office next January. Ford, the candidate of big business, represents the very worst elements in American Iife as he strives to carry out the NixonAgnew program which has had this country in a dea tli -grip for the past eight years. Carter, on the other hand, is a "populist" Democrat in the JFK-FDR tradition who has opened his ranks to admit representatives of labor, the black community, progressive politicians of many stripes, popular musicians, and many other formerly excluded forces. If elected. Carter is bound to open up the politica! process in a way that Ford and his gang are committed to keeping closed, and citizens can look forward to the possibility of mass dissent, popular pressure, and government accountability to the great majority of the people once again. Eight years of Republican rule under Nixon and Ford has produced the same type of social stagnation as obtained under the Eisenhower-Nixon administration of the '5 O's. Witch-hunting, politica] repression, illegal surveillance, character assassination, the literal murder of anti-government demonstrators, Cointelpro, "benign neglect," the entire panoply of oppressive measures taken by the Nixon-Ford regime speaks eloquently against allowing these goons to control our national life any longer. It is our considered opinión that Jimmy Carter offers a clear alternative - although by no means a socialist one - to the policies of the Nixon-Ford-Dole axis. Only by cutting below the shallow media analysis which would have us believe that there is no difference between the peanut farmer and the football player can we begin to fathom the depth and breadth of that alternative. To do otherwise is simply to hand the elección to Ford and Dole, who would like nothing better than to get their hands around the necks of the American people for another f our years. Let 's kick the basta rds out!