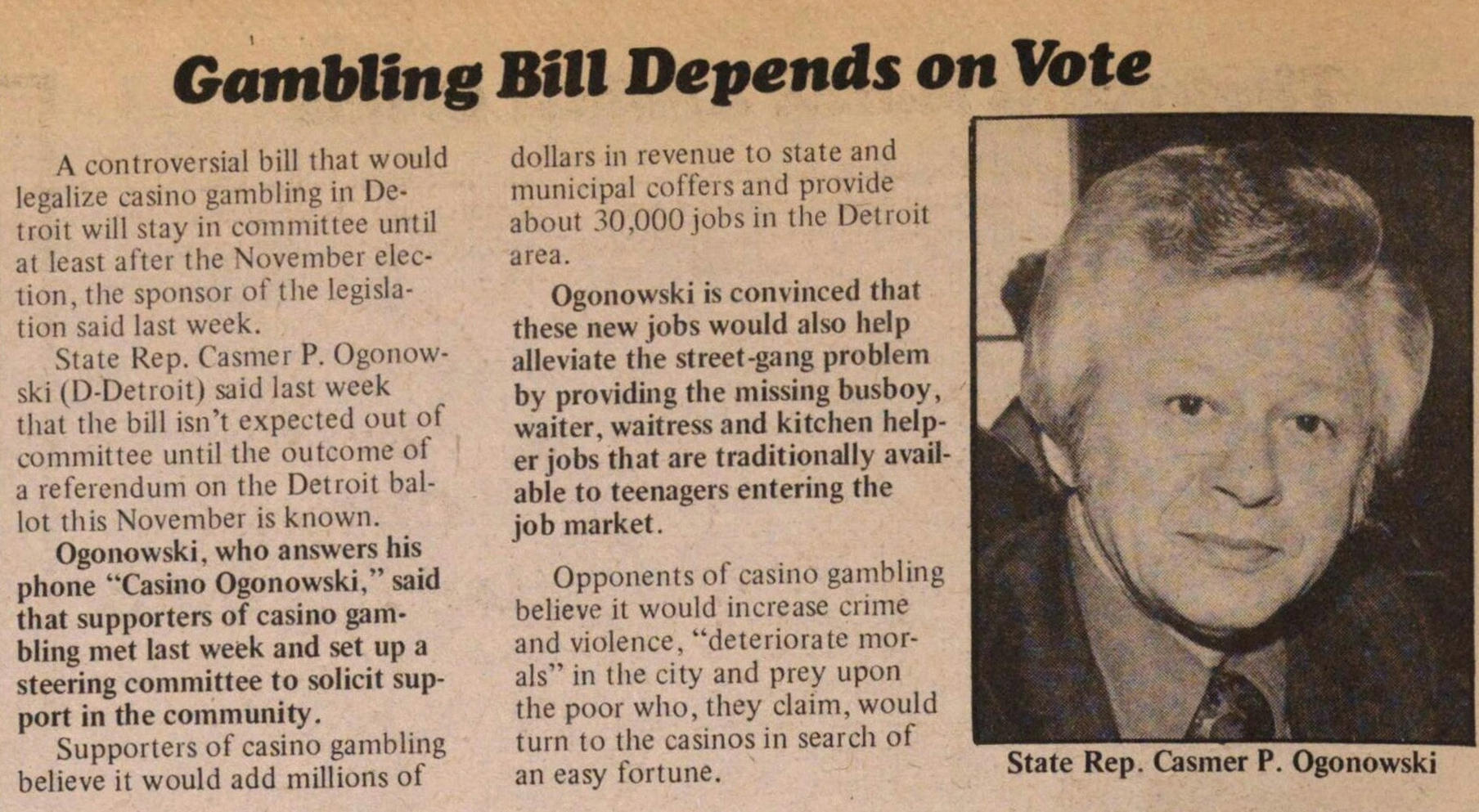 A controversial bill that would legalize casino gambling in Detroit will stay in committee until at least after the November election, the sponsor of the legislation said last week.

State Rep. Casmer P. Ogonowski (D-Detroit) said last week that the bill isn't expected out of committee until the outcome of a referendum on the Detroit ballot this November is known.

Ogonowski, who answers his phone "Casino Ogonowski," said that supporters of casino gambling met last week and set up a steering committee to solicit support in the community.

Supporters of casino gambling believe it would add millions of dollars in revenue to state and municipal coffers and provide about 30,000 jobs in the Detroit area.

Ogonowski is convinced that these new jobs would also help alleviate the street-gang problem by providing the missing busboy, waiter, waitress and kitchen helper jobs that are traditionally available to teenagers entering the job market.

Opponents of casino gambling believe it would increase crime and violence, "deteriorate morals" in the city and prey upon the poor who, they claim, would turn to the casinos in search of an easy fortune.