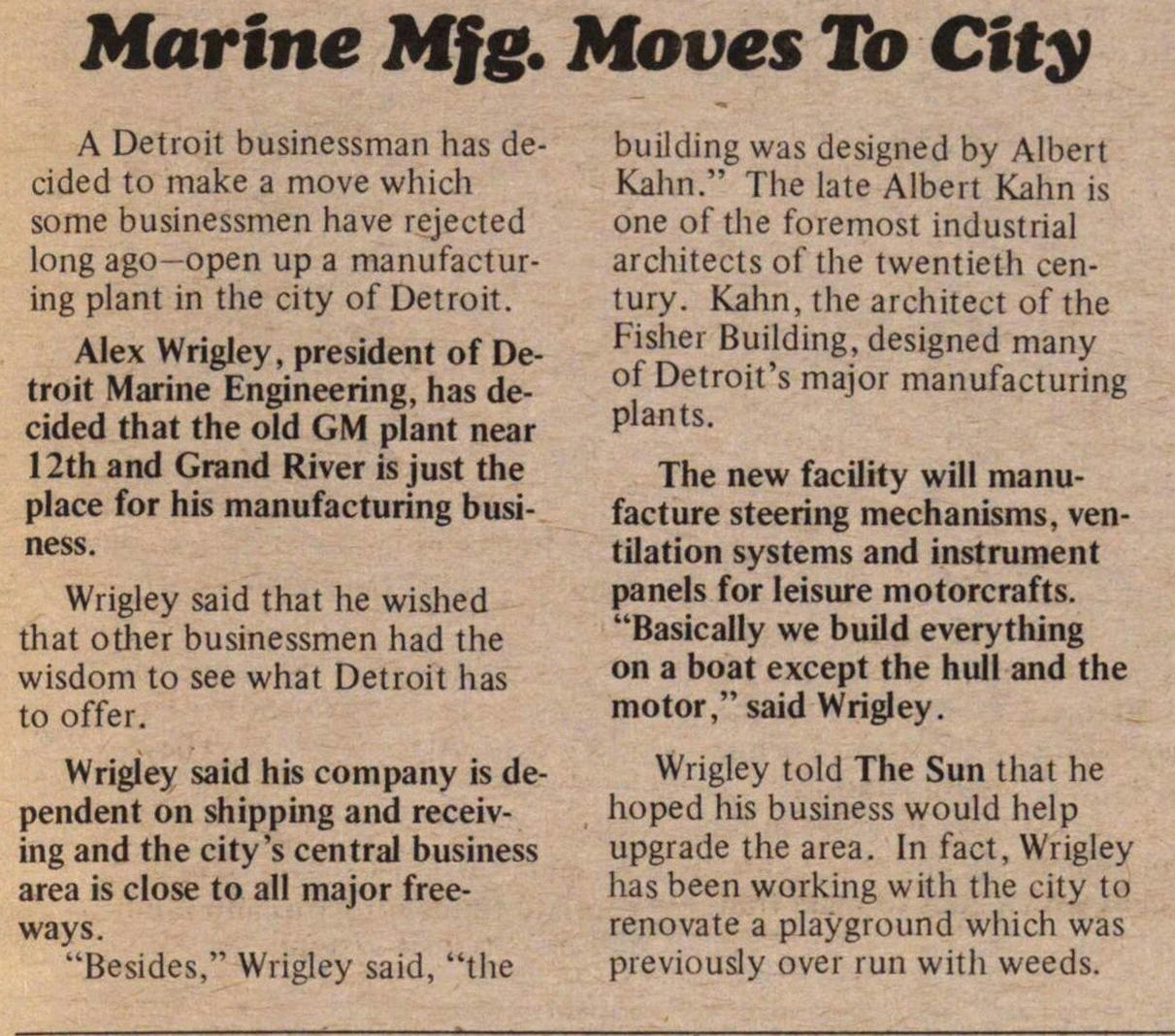 A Detroit businessman has decided to make a move wliich some businessmen have rejected long ago-open up a manufacturing plant in the city of Detroit. Alex Wrigley, president of Detroit Marine Engineering, has decided that the oíd GM plant near 12th and Grand River is just the place for his manufacturing business. Wrigley said that he wished that other businessmen had the wisdom to see what Detroit has to offer. Wrigley said his company is dependent on shipping and receiving and the city's central business area is close to all major freeways. "Besides," Wrigley said, "the building was designed by Albert Kalm." The late Albert Kahn is one of the foremost industrial architects of the twentieth century. Kahn, the architect of the Fishei Building, designed many of Detroit's major manufacturing plants. The new facility will manufacture steering mechanisms, ventilaron systems and instrument panels for leisure motorcrafts. "Basically we build everything on a boat except the huil and the motor," said Wrigley. Wrigley told The Sun that he hoped his business would help upgrade the area. In fact, Wrigley has been working with the city te renovate a playground which was previously over run with weeds.