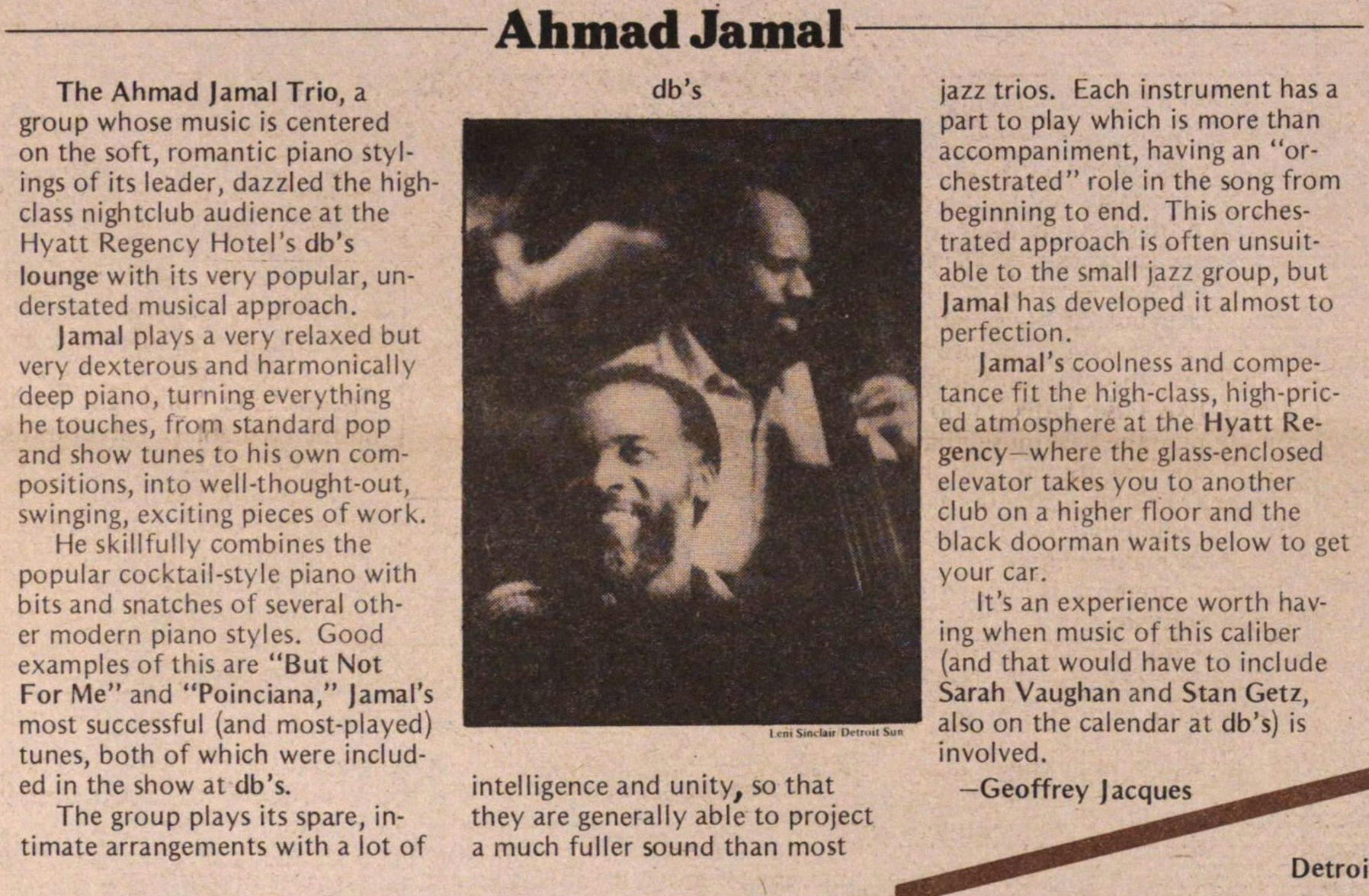 The Ahmad Jamal Trio, a group whose music s centered on the soft, romantic piano stylings of its leader, dazzled the highclass nightclub audience at the Hyatt Regency Hotel 's db's lounge with its very popular, understated musical approach. Jamal plays a very relaxed but very dexterous and harmonically deep piano, turning everything he touches, from standard pop and show tunes to his own compositions, into well-thought-out, swinging, exciting pieces of work. He skillfully combines the popular cocktail-style piano with bits and snatches of several other modern piano styles. Good examples of this are "But Not For Me" and "Poinciana," jamal's most successful (and most-played) tunes, both of which were included in the show at db's. The group plays its spare, intímate arrangements with a lot of ntelligence and unity, so that they are generally able to project a much fuller sound than most m jazz trios. Each instrument has a part to play which s more than accompaniment, having an "orchestrated" role n the song from beginning to end. This orchestrated approach s often unsuitable to the small jazz group, but Jamal has developed t almost to perfection. jamal's coolness and competance fit the high-class, high-priced atmosphere at the Hyatt Regency-where the glass-enclosed elevator takes you to another club on a higher floor and the black doorman waits below to get your car. It's an experience worth having when music of this caliber (and that would have to include Sarah Vaughan and Stan Getz, also on the calendar at db's) s involved.