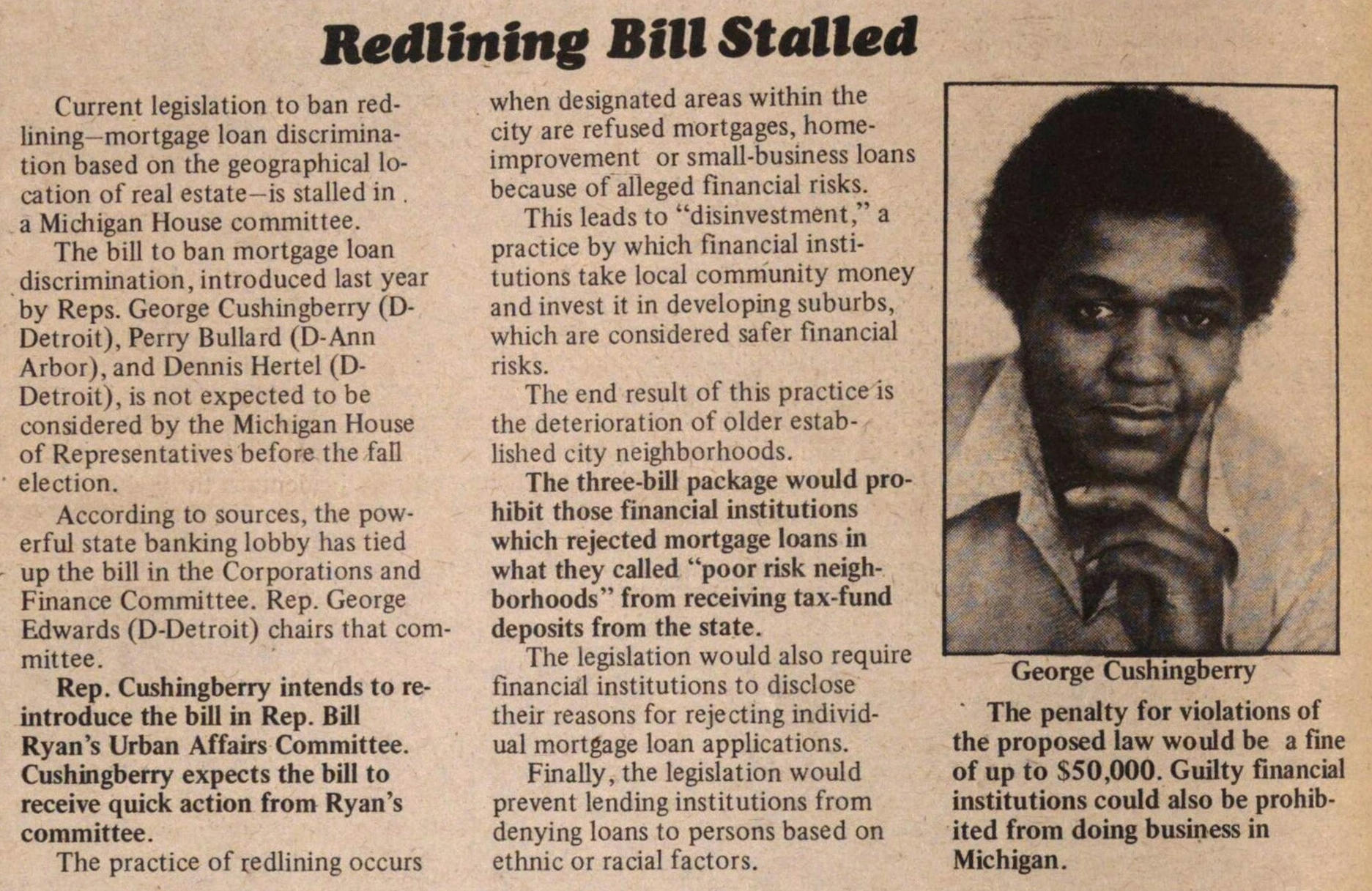 Current legislation to ban redlining- mortgage loan discrimination based on the geographical location of real estate-is stalled in a Michigan House committee.

The bill to ban mortgage loan discrimination, introduced last year by Reps. George Cushingberry (D-Detroit), Perry Bullard (D-Ann Arbor), and Dennis Hertel (D-Detroit), is not expected to be considered by the Michigan House of Representatives before the fall election.

According to sources, the powerful state banking lobby has tied up the bill in the Corporations and Finance Committee. Rep. George Edwards (D-Detroit) chairs that committee.

The practice of redlining occurs when designated areas within the city are refused mortgages, home improvement or small-business loans because of alleged financial risks.

This leads to "disinvestment," a practice by which financial institutions take local community money and invest it in developing suburbs, which are considered safer financial risks.

The end result of this practice is the deterioration of older established city neighborhoods.

The three-bill package would prohibit those financial institutions which rejected mortgage loans in what they called "poor risk neighborhoods" from receiving tax-fund deposits from the state.

Finally, the legislation would prevent lending institutions from denying loans to persons based on ethnic or racial factors.

The penalty for violations of the proposed law would be a fine of up to $50.000. Guilty financial institutions could also be prohibited from doing business in Michigan.