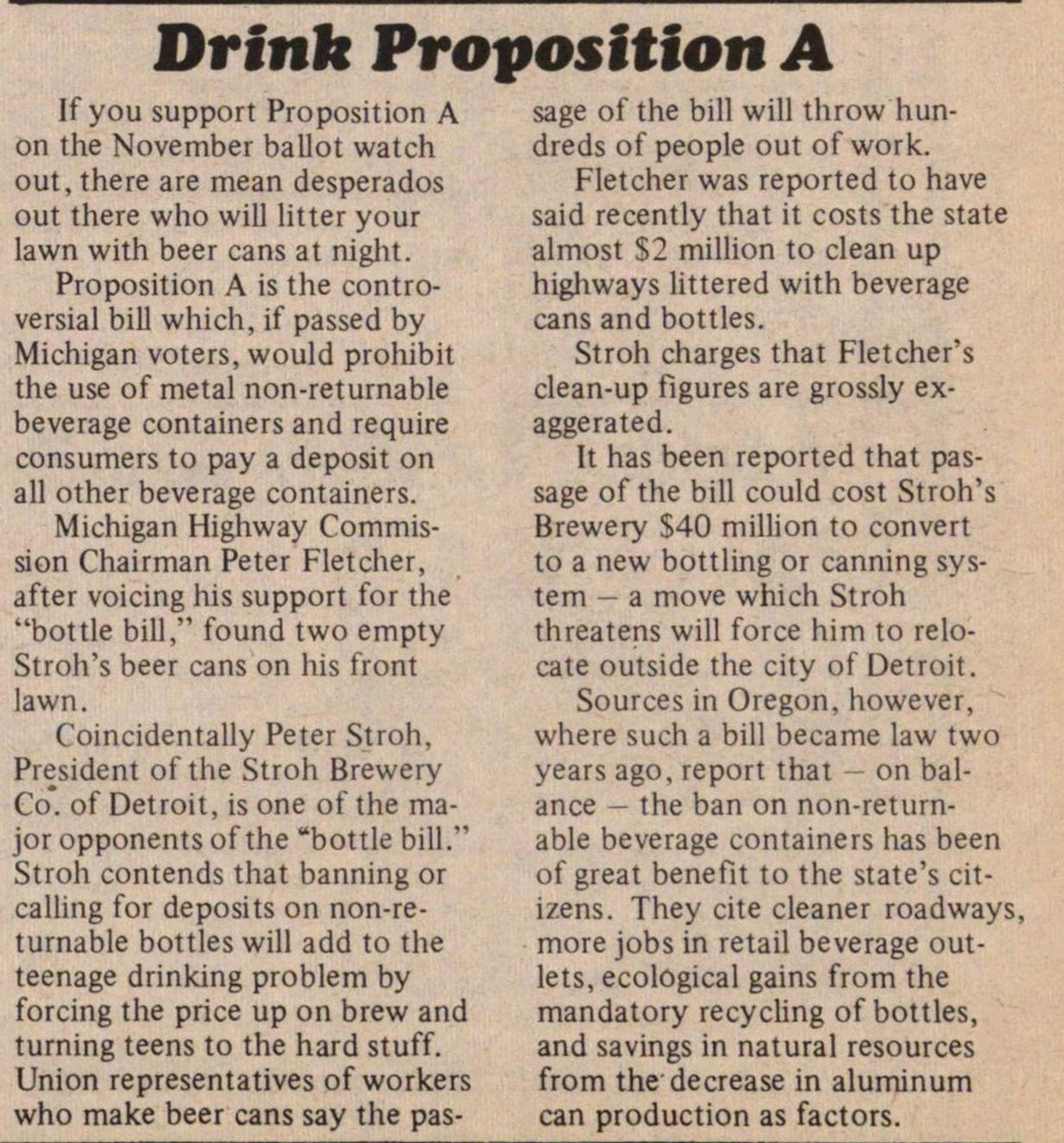 If you support Proposition A on the November ballot watch out, there are mean desperados out there who will litter your lawn with beer cans at night.

Coincidentally Peter Stroh, President of the Stroh Brewery Co, of Detroit, is one of the major opponents of the "bottle bill." Stroh contends that banning or calling for deposits on non-returnable bottles will add to the teenage drinking problem by forcing the price up on brew and turning teens to the hard stuff. Union representatives of workers who make beer cans say the passage of the bill will throw hundreds of people out of work.

Fletcher was reported to have said recently that it costs the state almost $2 million to clean up highways littered with beverage cans and bottles.

It has been reported that passage of the bill could cost Stroh's Brewery $40 million to convert to a new bottling or canning system - a move which Stroh threatens will force him to relocate outside the city of Detroit.

Sources in Oregon, however, where such a bill became law two years ago, report that - on balance - the ban on non-returnable beverage containers has been of great benefit to the state's citizens. They cite cleaner roadways, more jobs in retail beverage outlets, ecological gains from the mandatory recycling of bottles, and savings in natural resources from the decrease in aluminum can production as factors.