Wsu's Matthaei Program Cut In Half 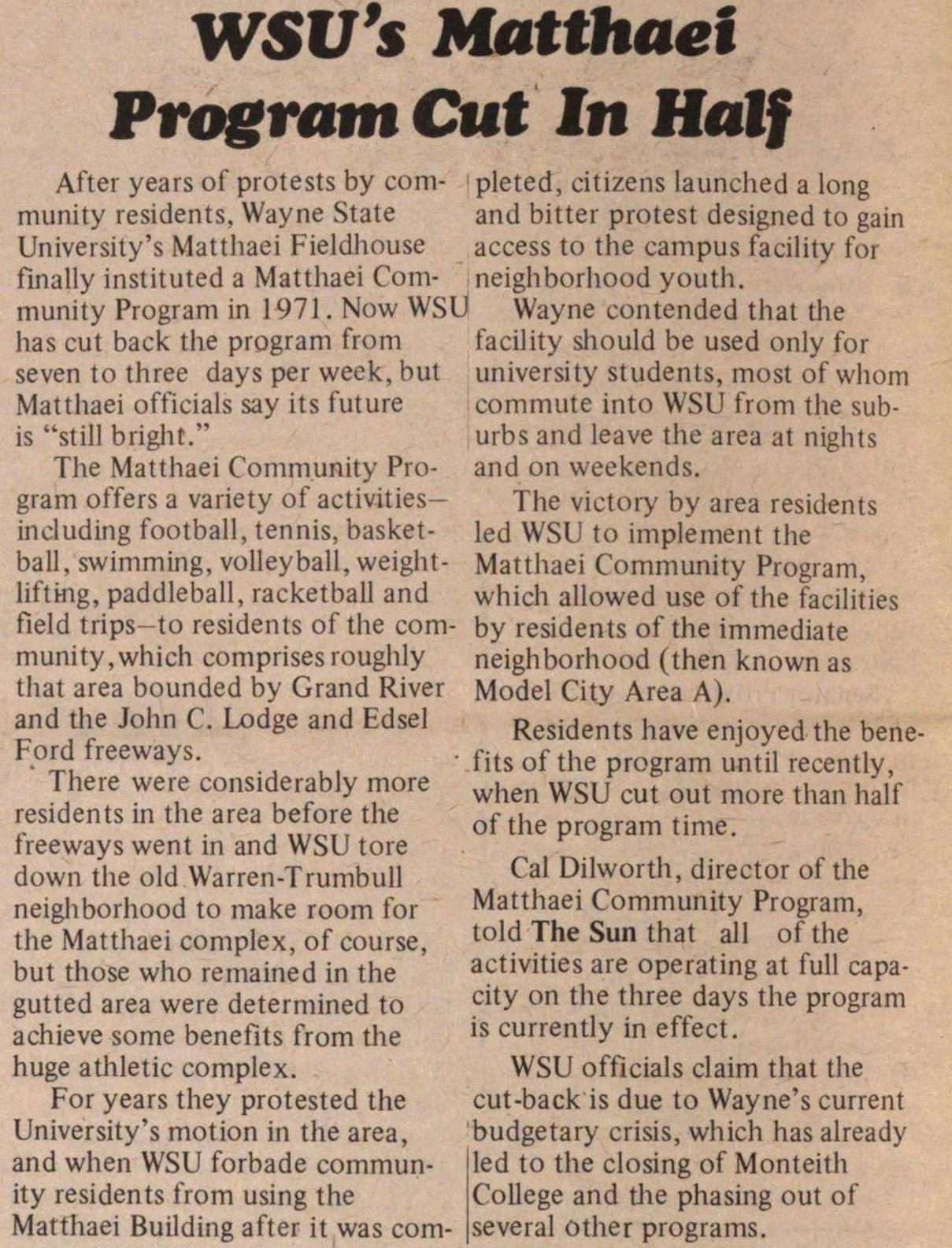 After years of protests by community residents, Wayne State University's Matthaei Fieldhouse finally instituted a Matthaei Community Program in 1971. Now WSU has cut back the program from seven to three days per week, but Matthaei officials say its future is "still briglit." The Matthaei Community Program offers a variety of activities- including football, tennis, basketball, swimming, volleyball, weightliftkig, paddleball, racketball and field trips- to residents of the community, which comprises roughly that area bounded by Grand River and the John C. Lodge and Edsel Ford freeways. There were considerably more residents in the area before the freeways went in and WSU tore down the old Warren-Trumbull neigliborhood to make room for the Matthaei complex, of course, but those who remained in the gutted area were deterrnined to achieve some benefits from the huge athletic complex. For years they protested the University's motion in the area, and when WSU forbade community residents from using the Matthaei Building after it was pleted, citizens launched a long and bitter protest designed to gain access to the campus facility for neighborhood youtli. Wayne contended that the facility sliould be used only for university students, most of whom commute into WSU from the suburbs and leave the area at nights and on weekends. The vietory by area residents led WSU to implement the Matthaei Community Program, which allowed use of the facilities by residents of the immediate neighborhood (then known as Model City Area A). Residents have enjoyed the benefits of the program until recently, when WSU cut out more than half of the program time. Cal Dilworth, director of the Matthaei Community Program, told The Sun that all of the activities are operating at full capacity on the three days the program is currently in effect. WSU officials claim that the cut-back is due to Wayne's current budgetary crisis, which hasalready led to the closing of Monteith College and the phasing out of several other programs.