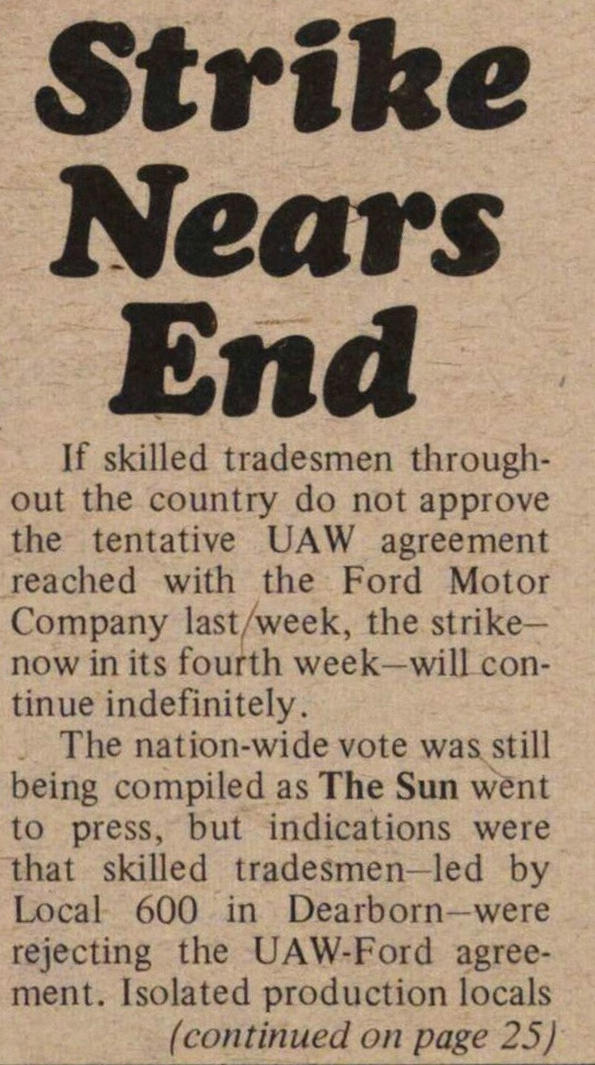 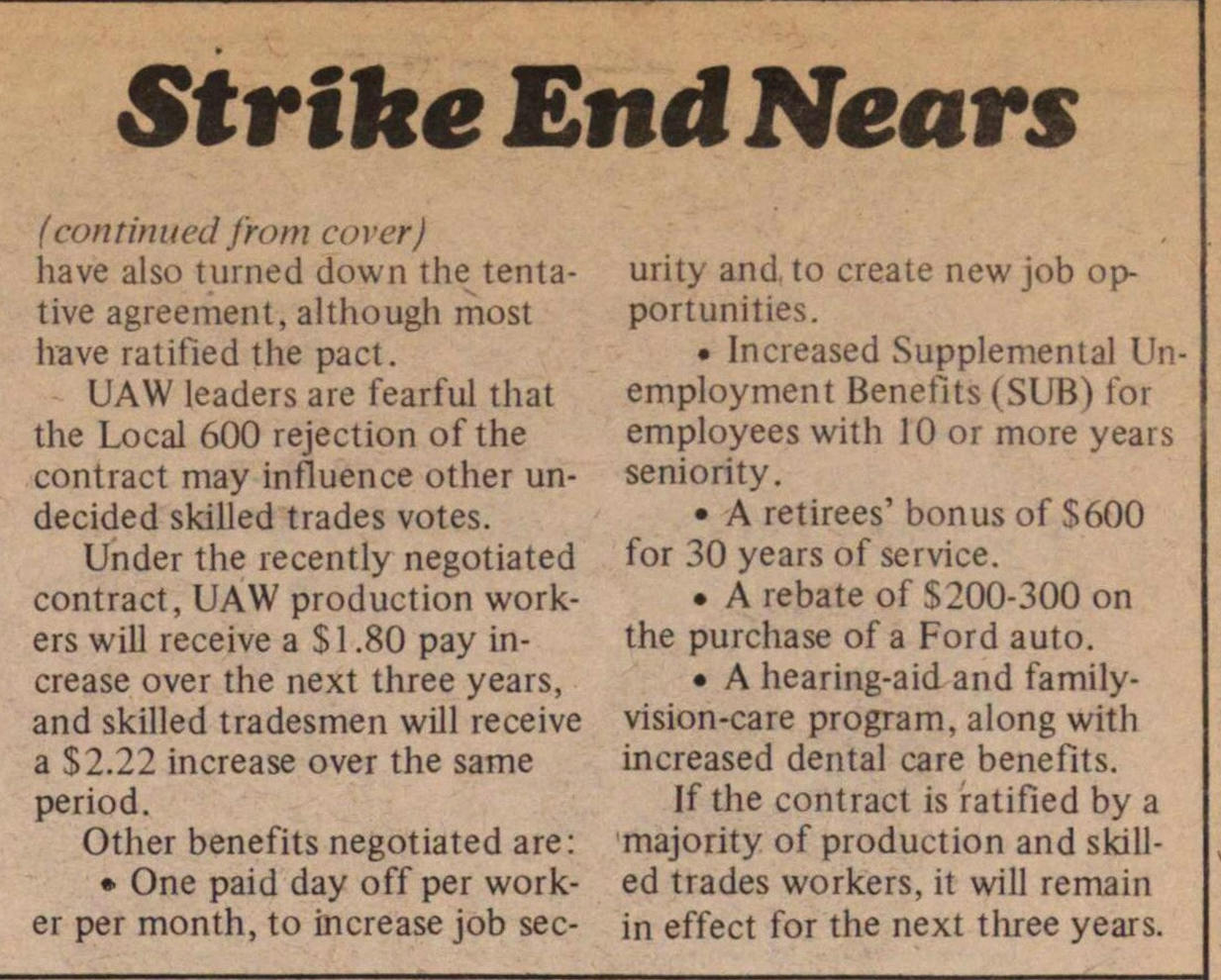 If skilied tradesmen throughout the country do not approve the tentative UAW agreement reached with the Ford Motor Company lastweek, the strike- now in its fourth week- will continue indefinitely. The nation-wide vote was still being compile d as The Sun went to press, but indications were that skilied tradesmen- led by Local 600 in Dearborn- were rejecting the UAW-Ford agreement. Isolated production locáis (continued on page 25) Strike End Nears (continued from cover) have also turned down the tentative agreement, although most have ratified the pact. UAW leaders are fearful that the Local 600 rejection of the contract may influence other undecided skilied trades votes. Under the recently negotiated contract, UAW production workers wil! receive a $1 .80 pay increase over the next three years, and skilled tradesmen will receive a $2.22 increase over the same period. Other benefits negotiated are: One paid day off per worker per month, to increase job urity and. to créate new job opportunities. Increased Supplemental Unemployment Benefits (SUB) for employees witli 10 or more years seniority. A retirees' bonus of $600 for 30 years of service. . A rebate of $200-300 on the purchase of a Ford auto. A hearing-aid and familyvision-care program, along with increased dental care benefits. If the contract is ratified by a majority of production and skilied trades workers, it will remain in effect for the next three years.