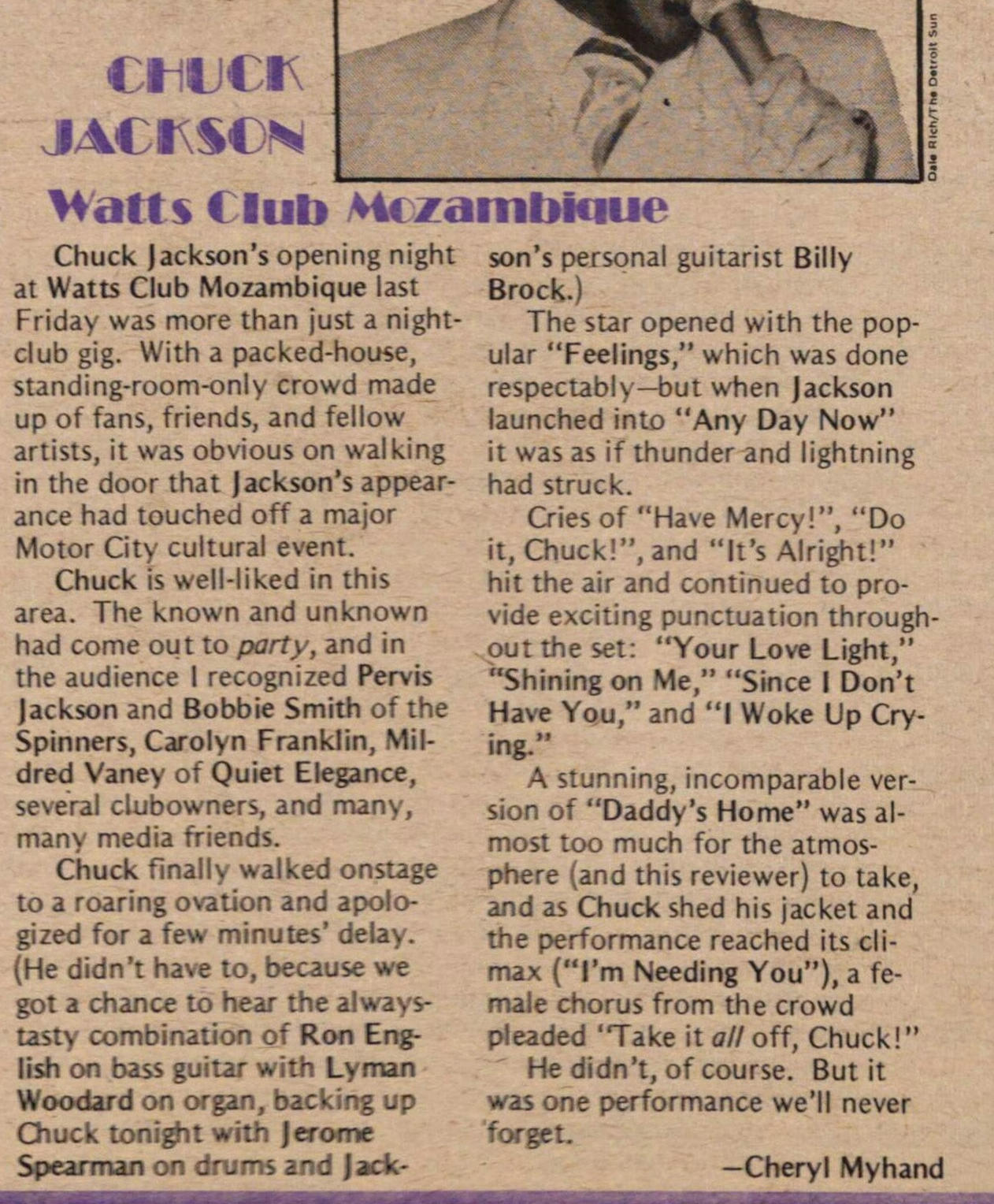 Chuck Jackson's opening night at Watts Club Mozambique last Friday was more than just a nightclub gig. With a packed-house, standing-room-only crowd made up of fans, friends, and fellow artists, it was obvious on walking in the door that Jackson's appearance had touched off a major Motor City cultural event. Chuck is well-liked in this area. The known and unknown had come out to party, and in the audience I recognized Pervis jackson and Bobbie Smith of the Spinners, Carolyn Franklin, Mildred Vaney of Quiet Elegance, several clubowners, and many, many media friends. Chuck finally walked onstage to a roaring ovation and apologized for a few minutes' delay. (He didn't have to, because we got a chance to hear the alwaystasty combination of Ron English on bass guitar with Lyman Woodard on organ, backing up Chuck tonight with Jerome Spcarman on drums and son's personal guitarist Billy Broek.) The star opened with the popular "Feelings," which was done respectably- but when Jackson launched into "Any Day Now" t was as f thunder and üghtning had struck. Cries of "Have Mercy!", "Do t,Chuck!",and "It's Alright!" hit the air and continued to provide exciting punctuation throughout the set: "Your Love Light," "Shining on Me," "Since I Don't Have You," and "I Woke Up Cryng." A stunning, incomparable versión of "Daddy's Home" was almost too much for the atmosphere (and this reviewer) to take, and as Chuck shed nis jacket and the performance reached its climax ("l'm Needing You"), a female chorus f rom the crowd pleaded 'Take it all off, Chuck!" He didn't, of course. But it was one performance we'll never forget.