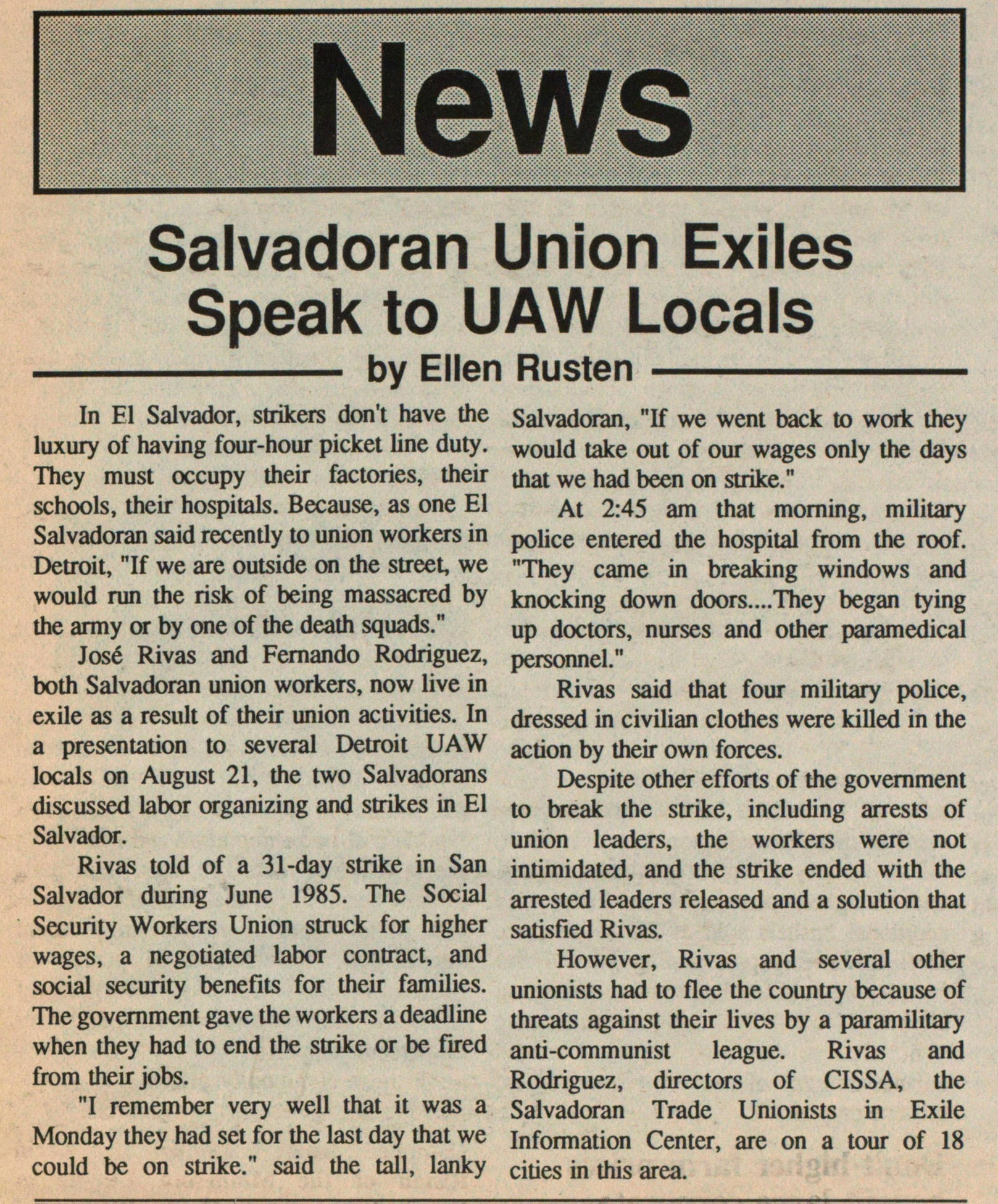 In El Salvador, strikers don't have the luxury of having four-hour picket line duty. They must occupy their faetones, their schools, their hospitals. Because, as one El Salvadoran said recently to union workers in Detroit, "If we are outside on the street, we would run the risk of being massacred by the army or by one of the death squads." José Rivas and Femando Rodríguez, both Salvadoran union workers, now live in exile as a result of their union activities. In a presentation to several Detroit UAW locáis on August 21, the two Salvadorans discussed labor organizing and strikes in El Salvador. Rivas told of a 31-day strike in San Salvador during June 1985. The Social Security Workers Union struck for higher wages, a negotiated labor contract, and social security benefits for their families. The government gave the workers a deadline when they had to end the strike or be fired from their jobs. "I remember very well that it was a Monday they had set for the last day that we could be on strike." said the tall, lanky Salvadoran, "If we went back to work they would take out of our wages only the days that we had been on strike." At 2:45 am that moming, military pólice entered the hospital from the roof. "They came in brcaking windows and knocking down doors....They began tying up doctors, nurses and other paramedical personnel." Rivas said that four military pólice, dressed in civilian clothes were killed in the action by their own forces. Despite other efforts of the government to break the strike, including arrests of union leaders, the workers were not intimidated, and the strike ended with the arrested leaders released and a solution that satisfied Rivas. However, Rivas and several other unionists had to flee the country because of threats against their Uves by a paramilitary anti-communist league. Rivas and Rodríguez, directors of CISSA, the Salvadoran Trade Unionists in Exile Information Center, are on a tour of 18 cities in this area. News