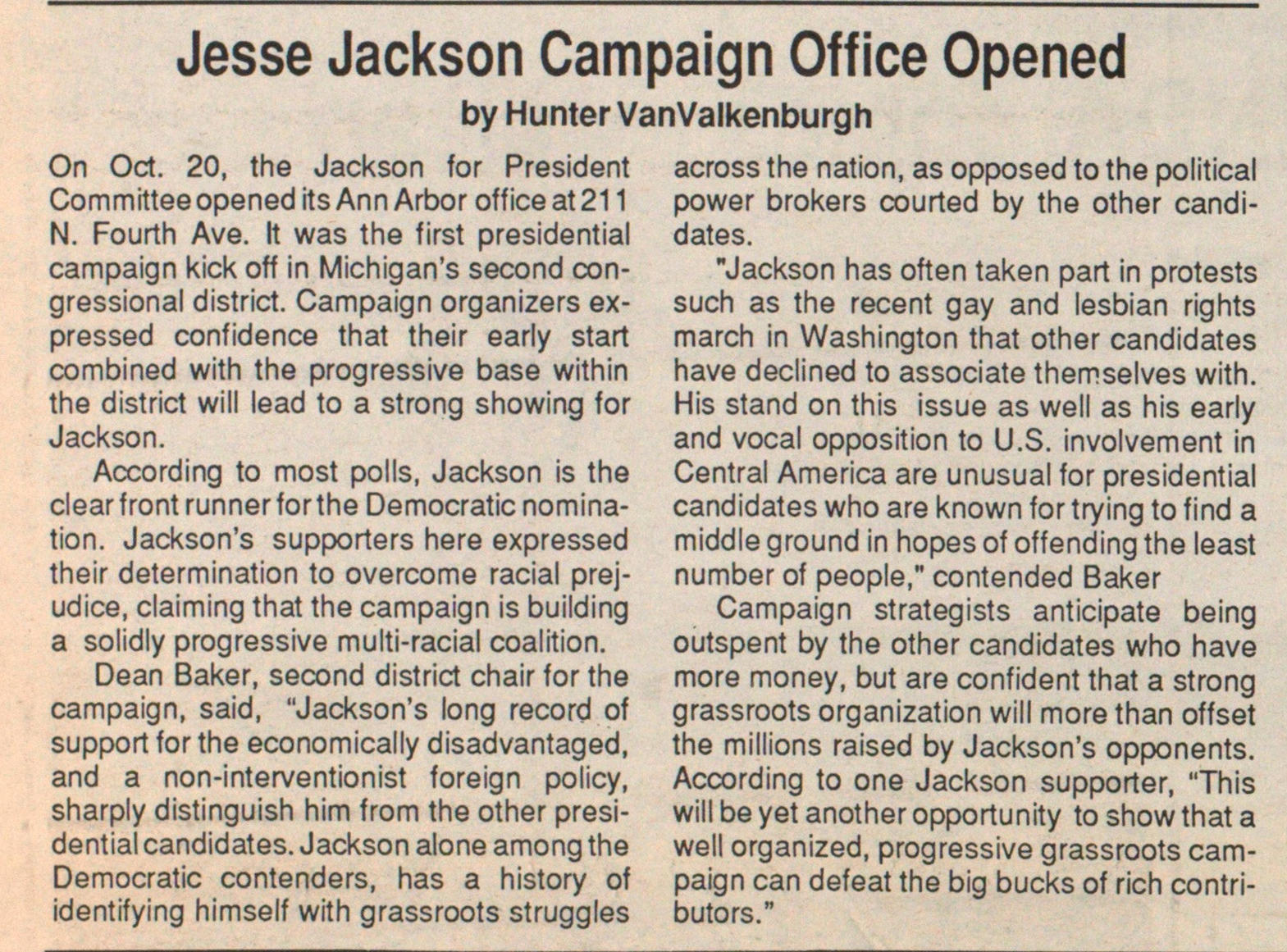 On Oct. 20, the Jackson for President Committee opened its Ann Arbor office at 21 1 N. Fourth Ave. It was the first presidential campaign kick off in Michigan's second congressional district. Campaign organizers expressed confidence that their early start combined with the progressive base within the district will lead to a strong showing for Jackson. According to most polls, Jackson is the clear front runnerforthe Democratie nomination. Jackson's supporters here expressed their determination to overeóme racial prejudice, claiming that the campaign is building a solidly progressive multi-racial coalition. Dean Baker, second district chair for the campaign, said, "Jackson's long record of support for the economically disadvantaged, and a non-interventionist foreign policy, sharply distinguish him from the other presidential candidates. Jackson alone among the Democratie contenders, has a history of identifying himself with grassroots struggles across the nation, as opposed to the political power brokers courted by the other candidates. "Jackson has often taken part in protests such as the recent gay and lesbian rights march n Washington that other candidates have declined to associate themselves with. His stand on this issue as well as his early and vocal opposition to U.S. involvement in Central America are unusual for presidential candidates who are known for trying to find a middle ground in hopes of offending the least number of people," contended Baker Campaign strategists anticípate being outspent by the other candidates who have more money, but are confident that a strong grassroots organization will more than offset the millions raised by Jackson's opponents. According to one Jackson supporter, "This will be yet another opportunity to show that a well organized, progressive grassroots campaign can defeat the big bucks of rich contributors."