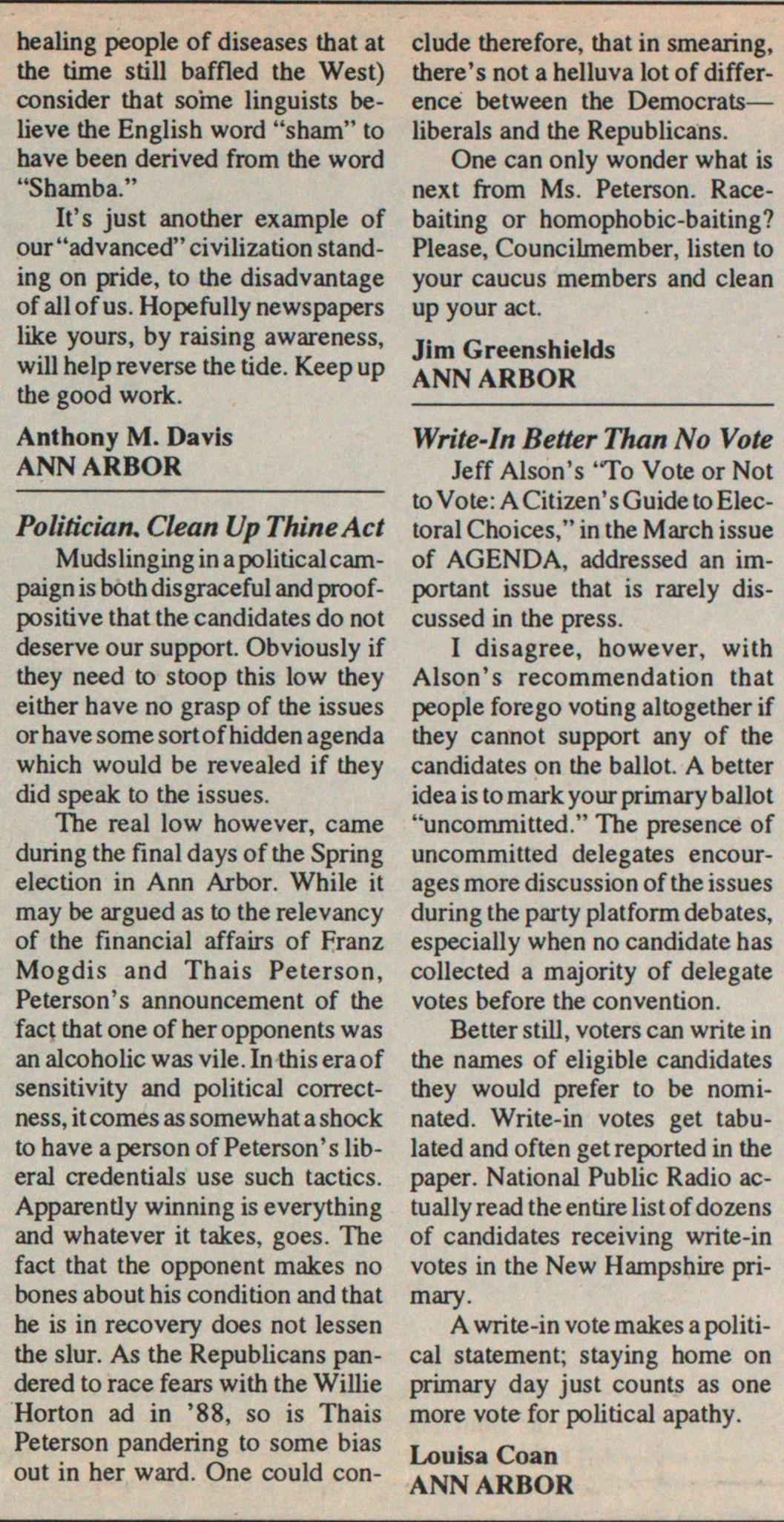 Mudslinging in a political campaign is both disgraceful and proof-positive that the candidates do not deserve our support. Obviously if they need to stoop this low they either have no grasp of the issues or have some sort of hidden agenda which would be revealed if they did speak to the issues.

The real low however, carne during the final days of the Spring election in Ann Arbor. While it may be argued as to the relevancy of the financial affairs of Franz Mogdis and Thais Peterson, Peterson's announcement of the fact that one of her opponents was an alcoholic was vile. In this era of sensitivity and political correctness, it comes as somewhat a shock to have a person of Peterson's liberal credentials use such tactics. Apparently winning is everything and whatever it takes, goes. The fact that the opponent makes no bones about his condition and that he is in recovery does not lessen the slur. As the Republicans pandered to race fears with the Willie Horton ad in '88, so is Thais Peterson pandering to some bias out in her ward. One could elude therefore, that in smearing, there's not a helluva lot of difference between the Democrats - liberáis and the Republicans.

One can only wonder what is next frorn Ms. Peterson. Racebaiting or homophobic-baiting? Please, Councilmember, listen to your caucus members and clean up your act.