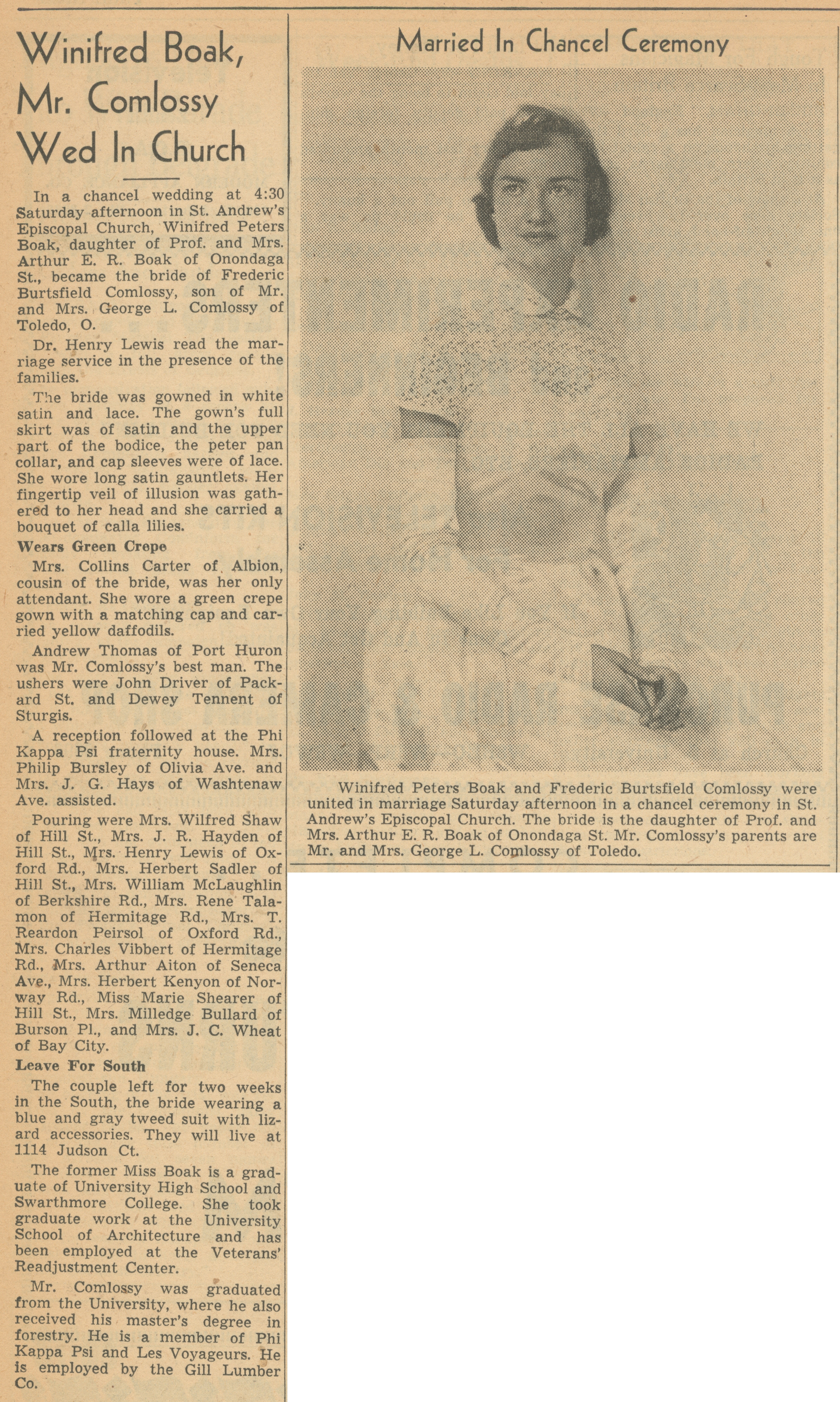 Dr. Henry Lewis read the marriage service in the presence of the families.

The bride was gowned in white satin and lace. The gown’s full skirt was of satin and the upper part of the bodice, the peter pan collar, and cap sleeves were of lace. She wore long satin gauntlets. Her fingertip veil of illusion was gathered to her head and she carried a bouquet of calla lilies.

Mrs. Collins Carter of Albion, cousin of the bride, was her only attendant. She wore a green crepe gown with a matching cap and carried yellow daffodils.

Andrew Thomas of Port Huron was Mr. Comlossy’s best man. The ushers were John Driver of Packard St. and Dewey Tennent of Sturgis.

The couple left for two weeks in the South, the bride wearing a blue and gray tweed suit with lizard accessories. They will live at 1114 Judson Ct.

The former Miss Boak is a graduate of University High School and Swarthmore College. She took graduate work at the University School of Architecture and has been employed at the Veterans’ Readjustment Center.

Mr. Comlossy was graduated from the University, where he also received his master’s degree in forestry. He is a member of Phi Kappa Psi and Les Voyageurs. He is employed by the Gill Lumber Co.