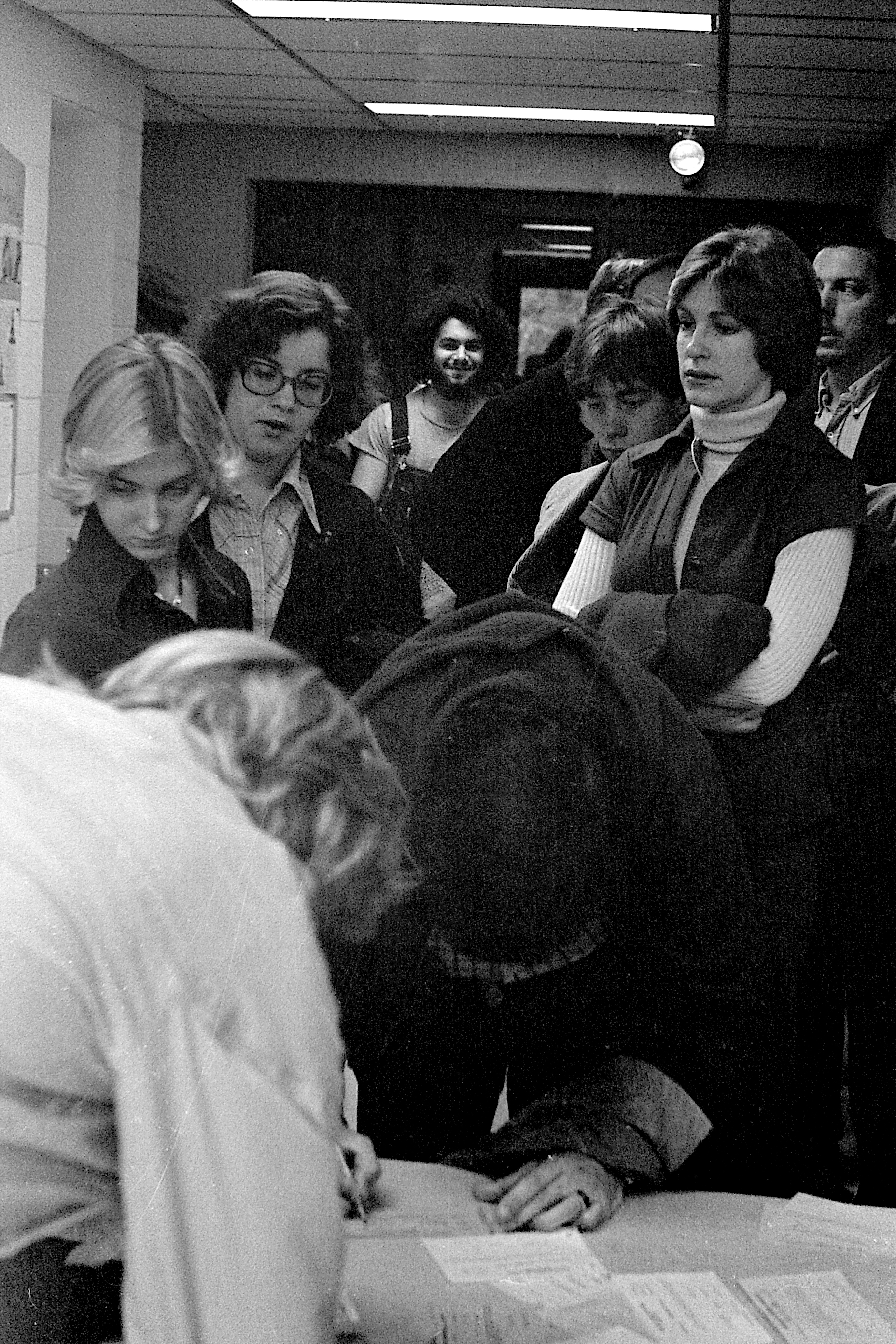 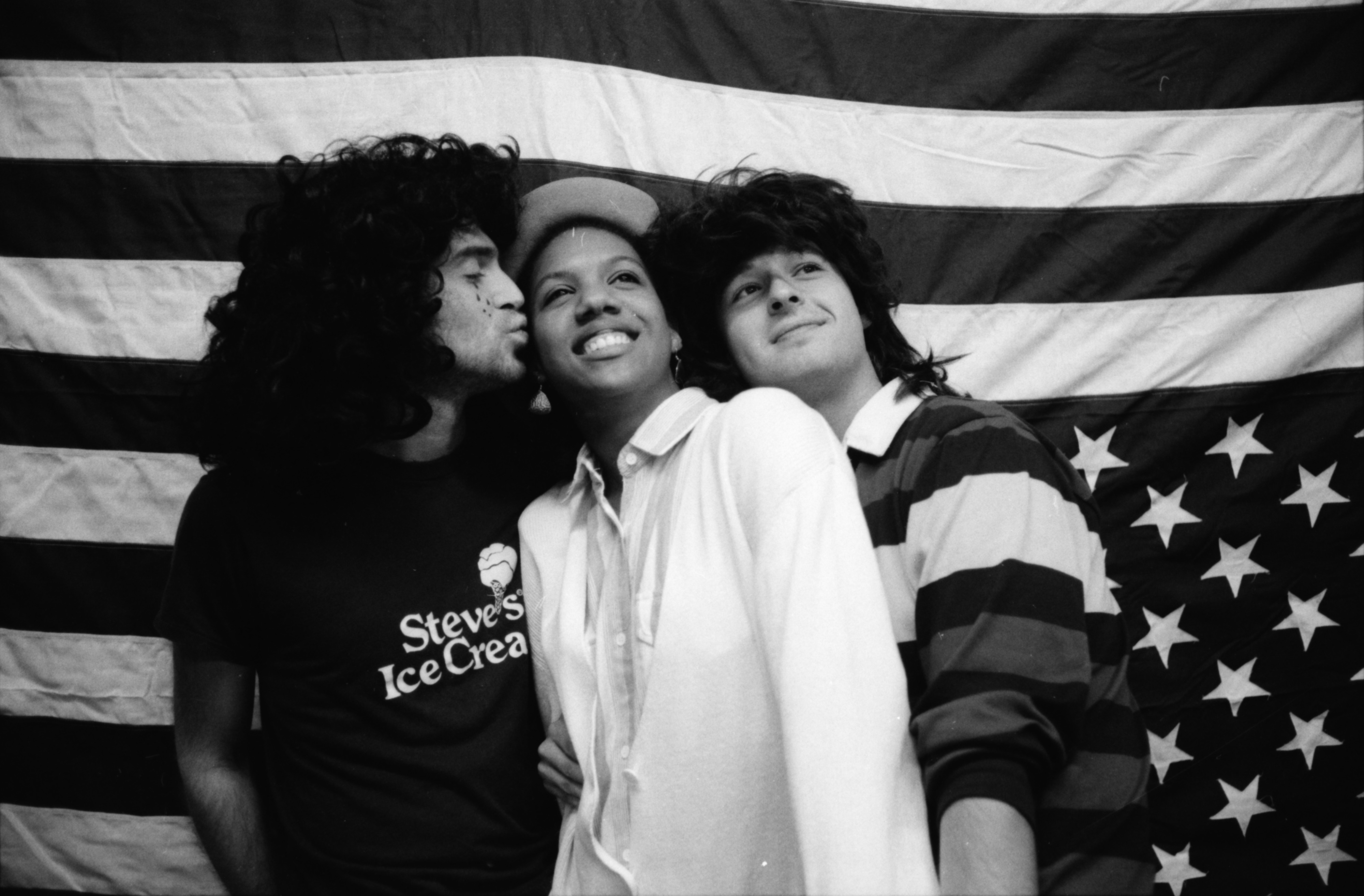 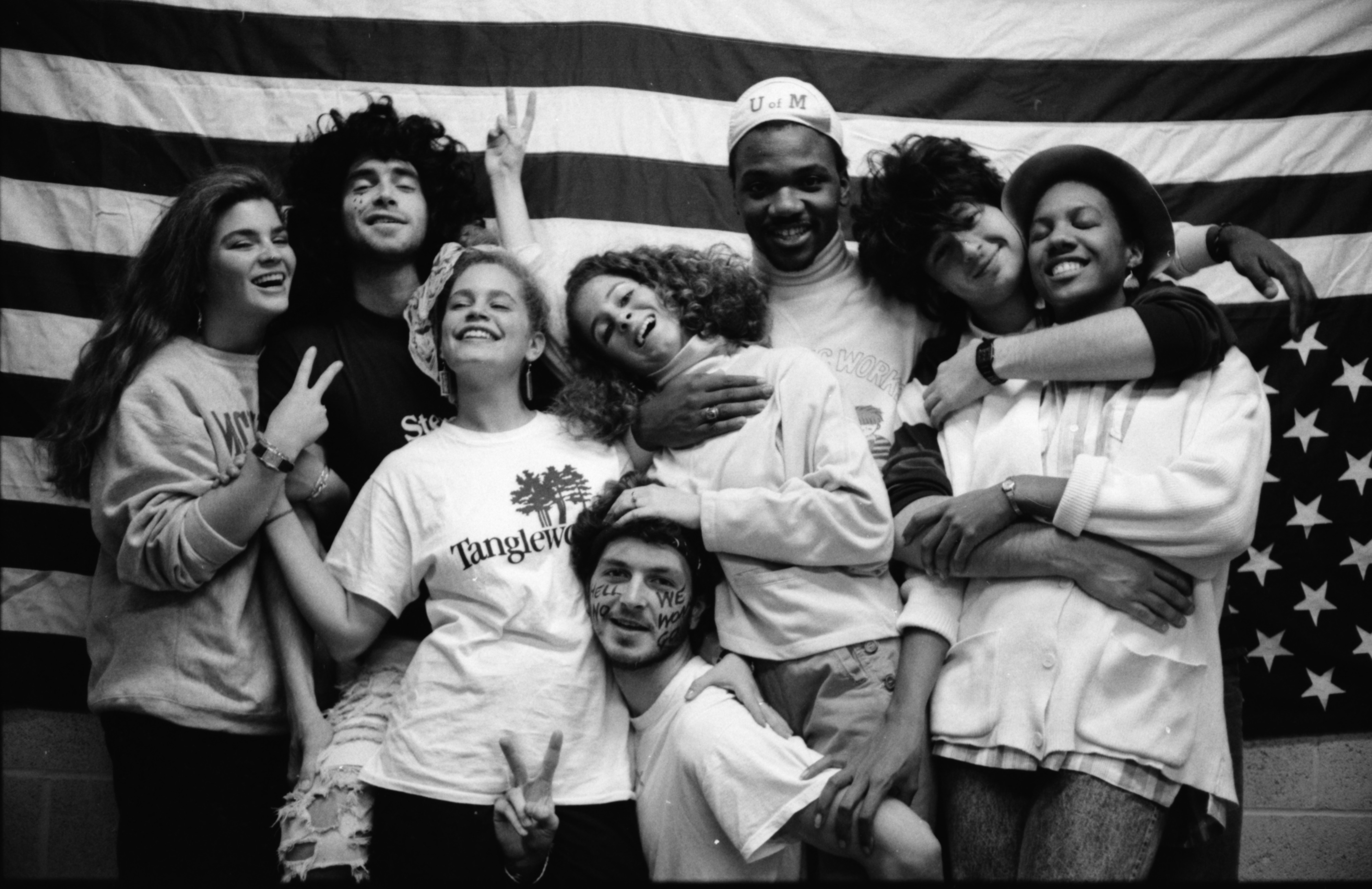 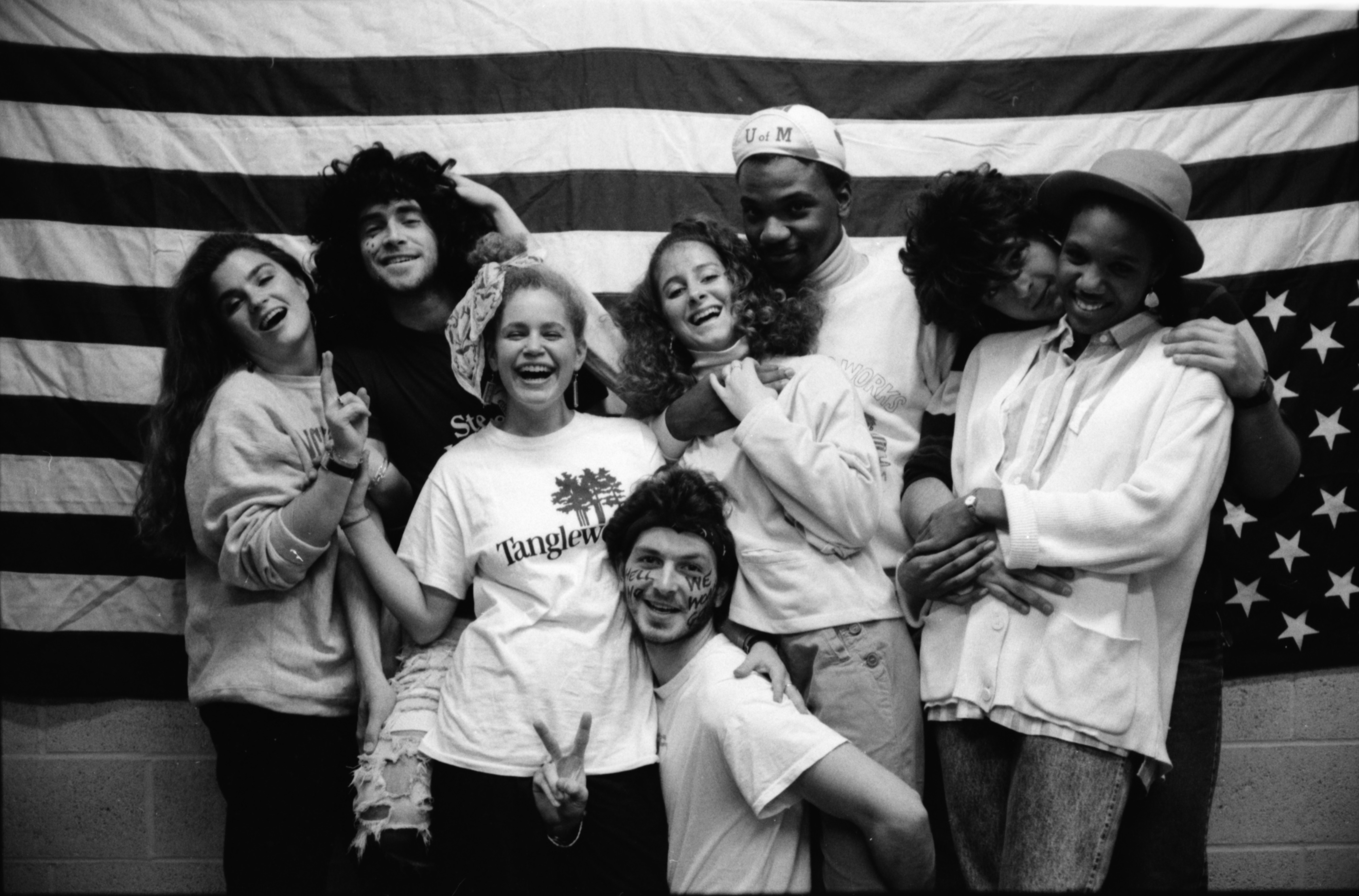 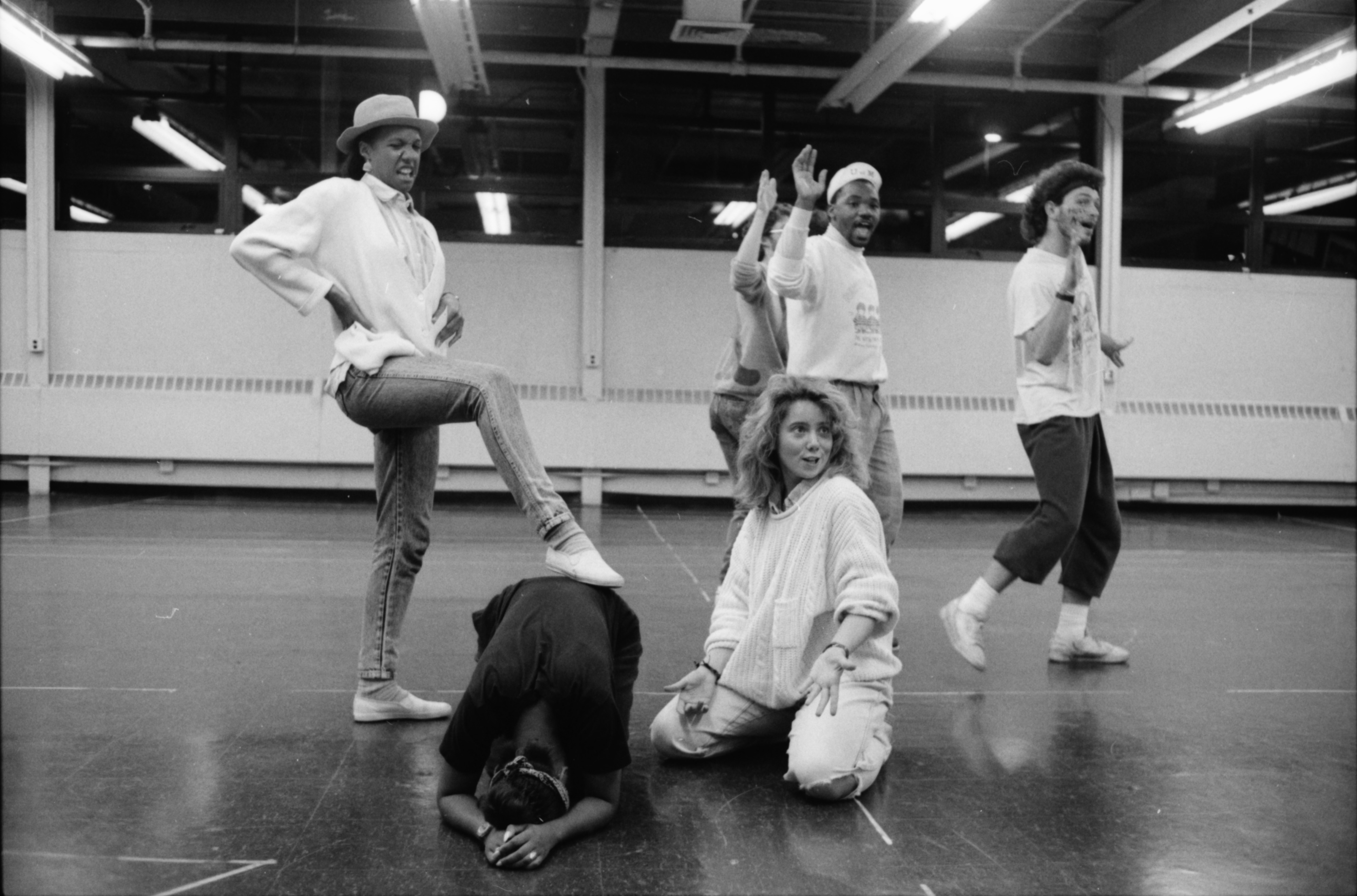 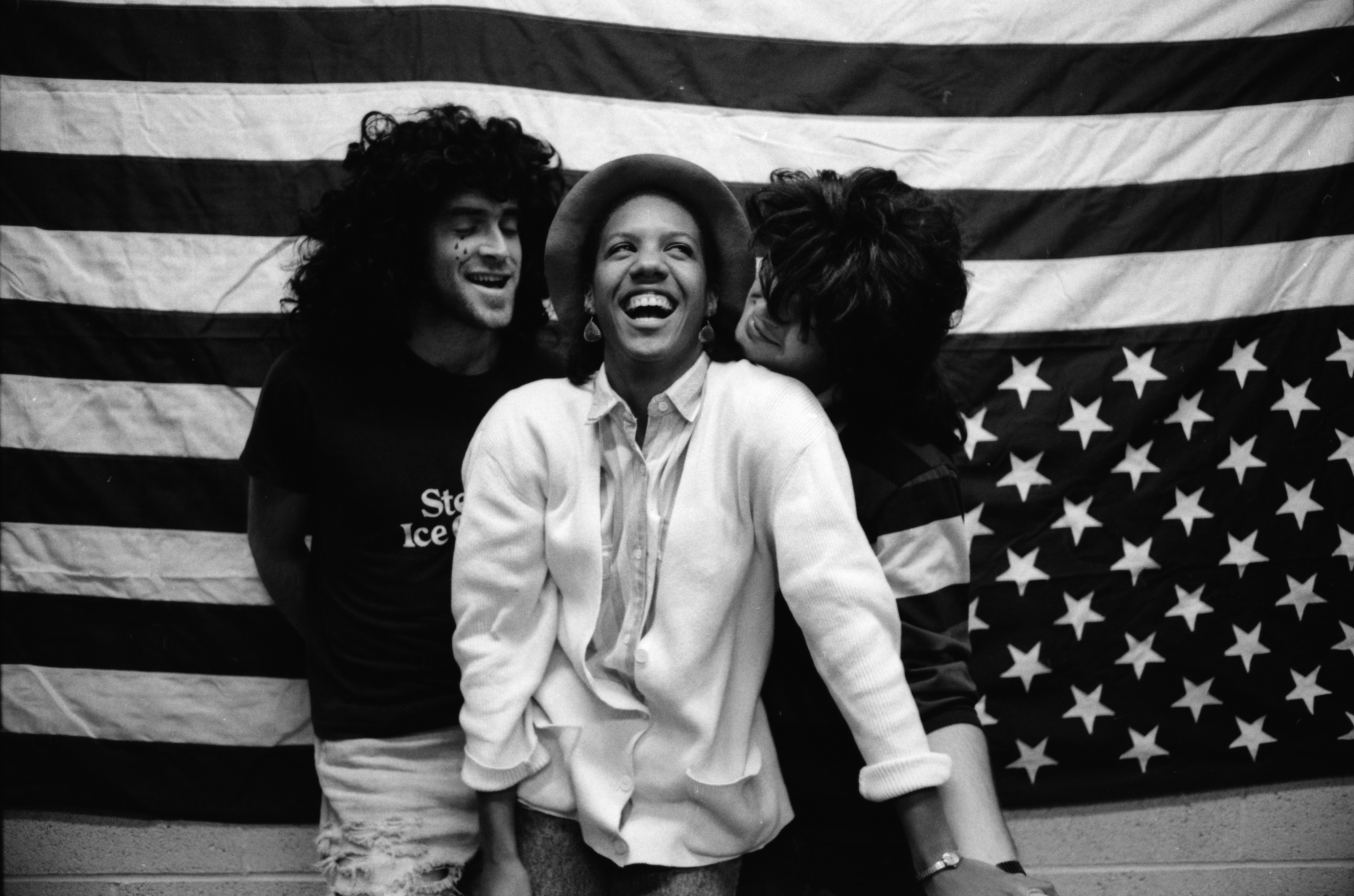 Students wait at the station for the special west-bound train to take them home for Christmas, December 1946 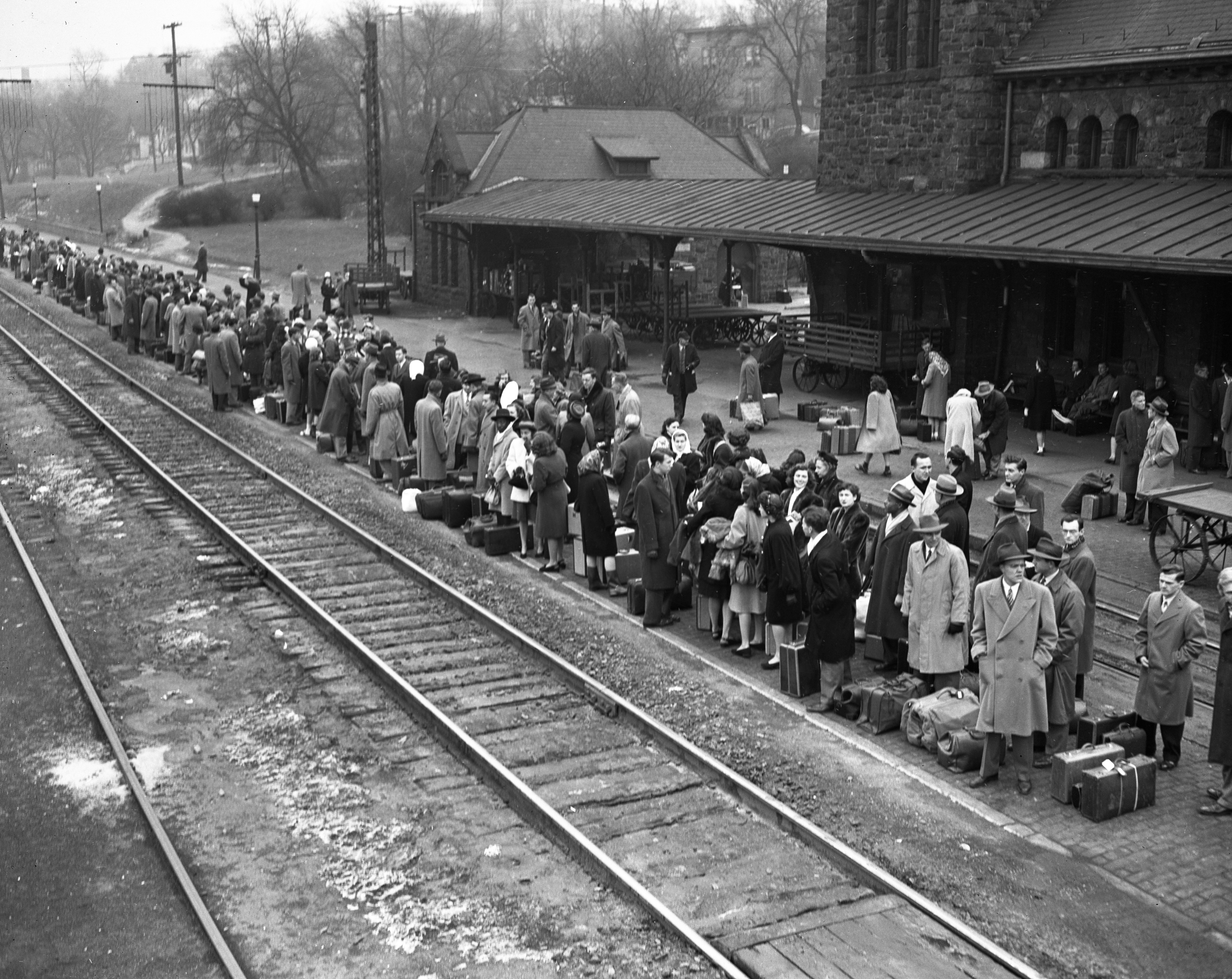 Published In
Ann Arbor News, December 21, 1946
Caption
ON WAY HOME: Students in jovial spirits lined the tracks of the New York Central railway yesterday waiting for the special west-bound train which would take them home for the Christmas holidays. The train for Chicago left here at 2 p.m. and a special for New York and Boston left at 5 p.m. From 900 to 1,000 students were accommodated on the two special trains alone, the local New York Central office reported, and additional students took the trains which ran on regular schedule. Except for a few stragglers, most students who planned to take the train home left Ann Arbor yesterday, to judge from the lines at the ticket office.
Copyright
Copyright Protected

Students wait at the station for the special west-bound train to take them home for Christmas, December 1946 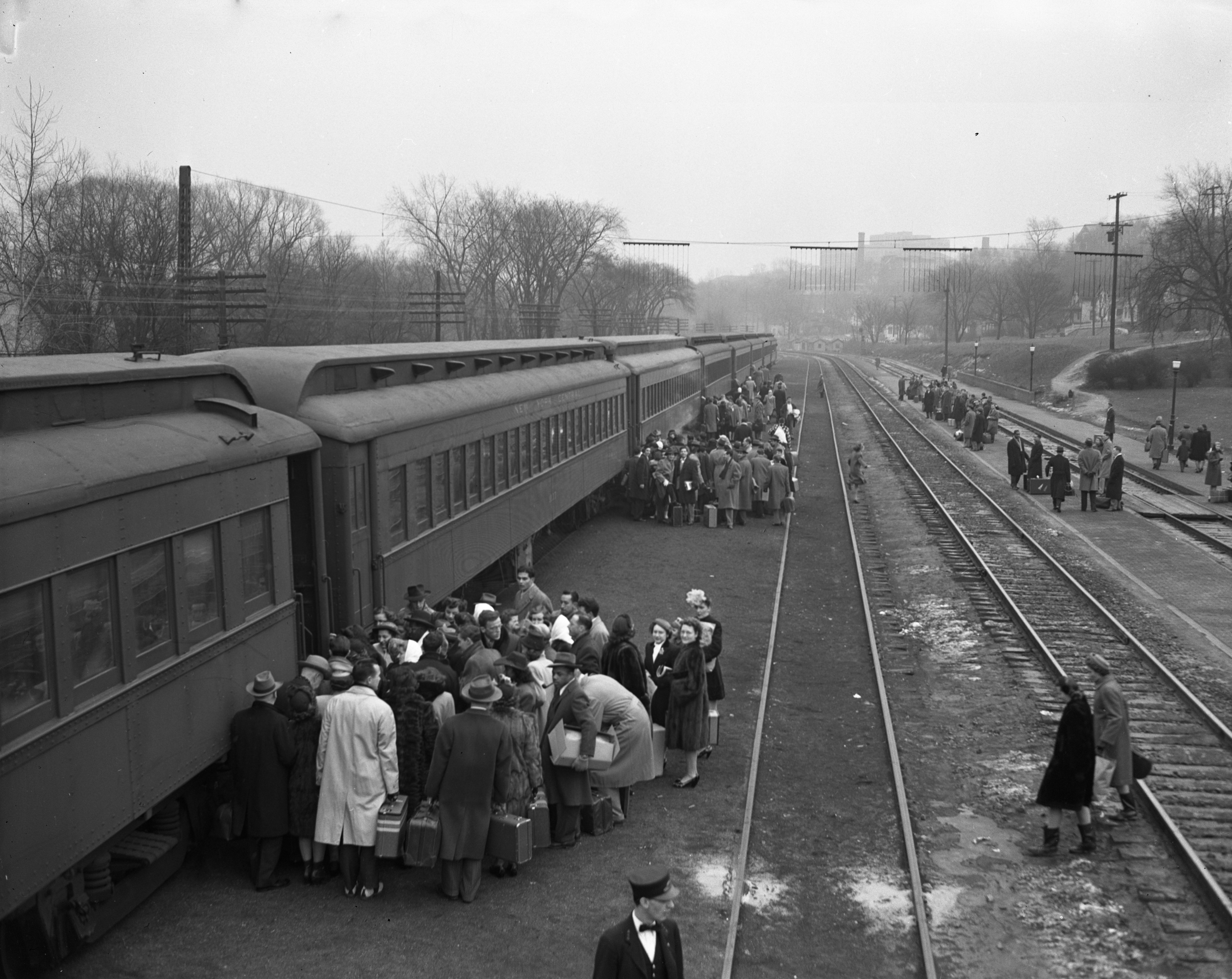 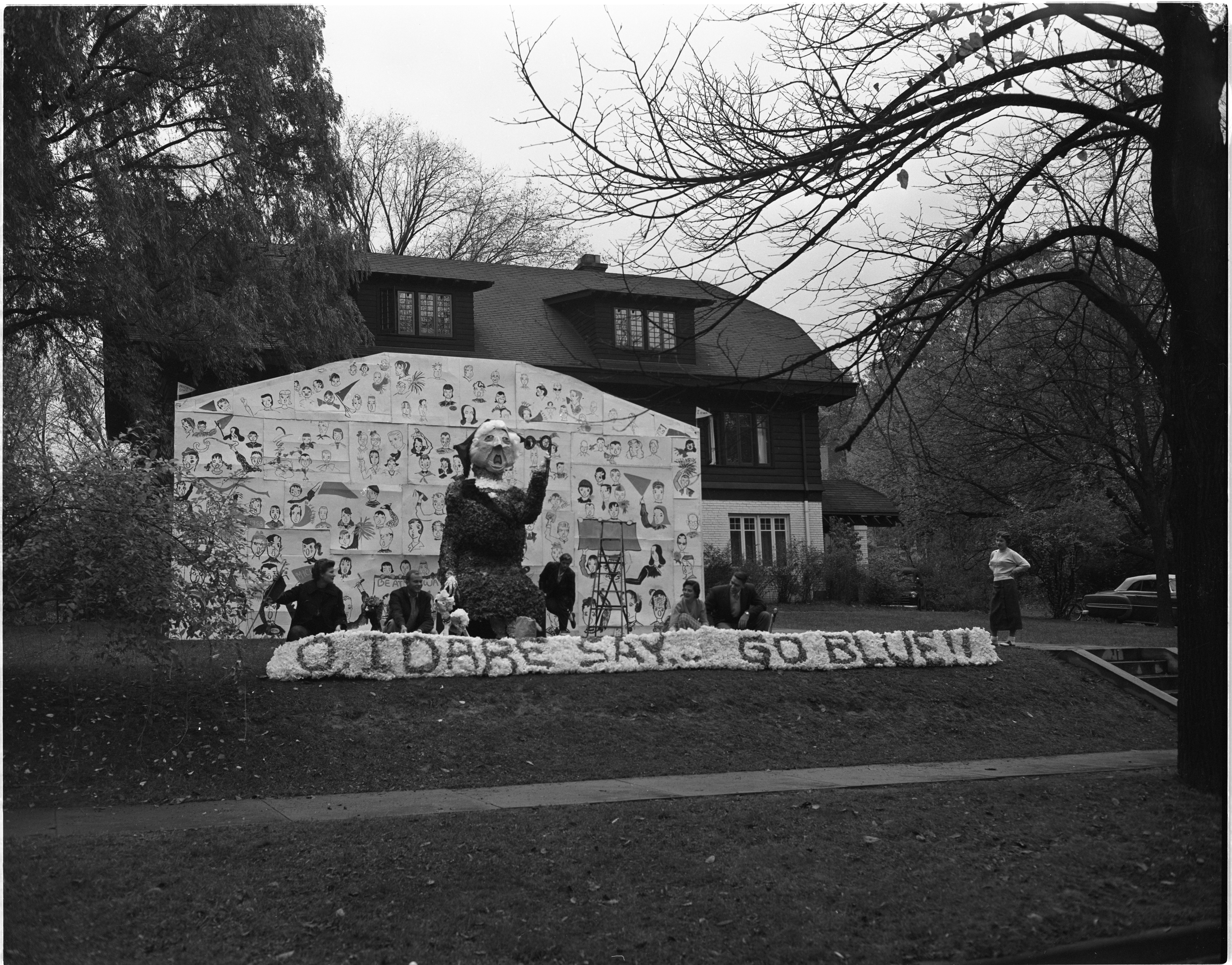 Published In
Ann Arbor News, October 29, 1955
Caption
"O, I DARE SAY...GO BLUE": Even this elderly woman, constructed by the Coeds of Gamma Phi Beta sorority at 1520 S. University Ave., gets a little excited about Michigan's chances of going to the Rose Bowl.
Copyright
Copyright Protected 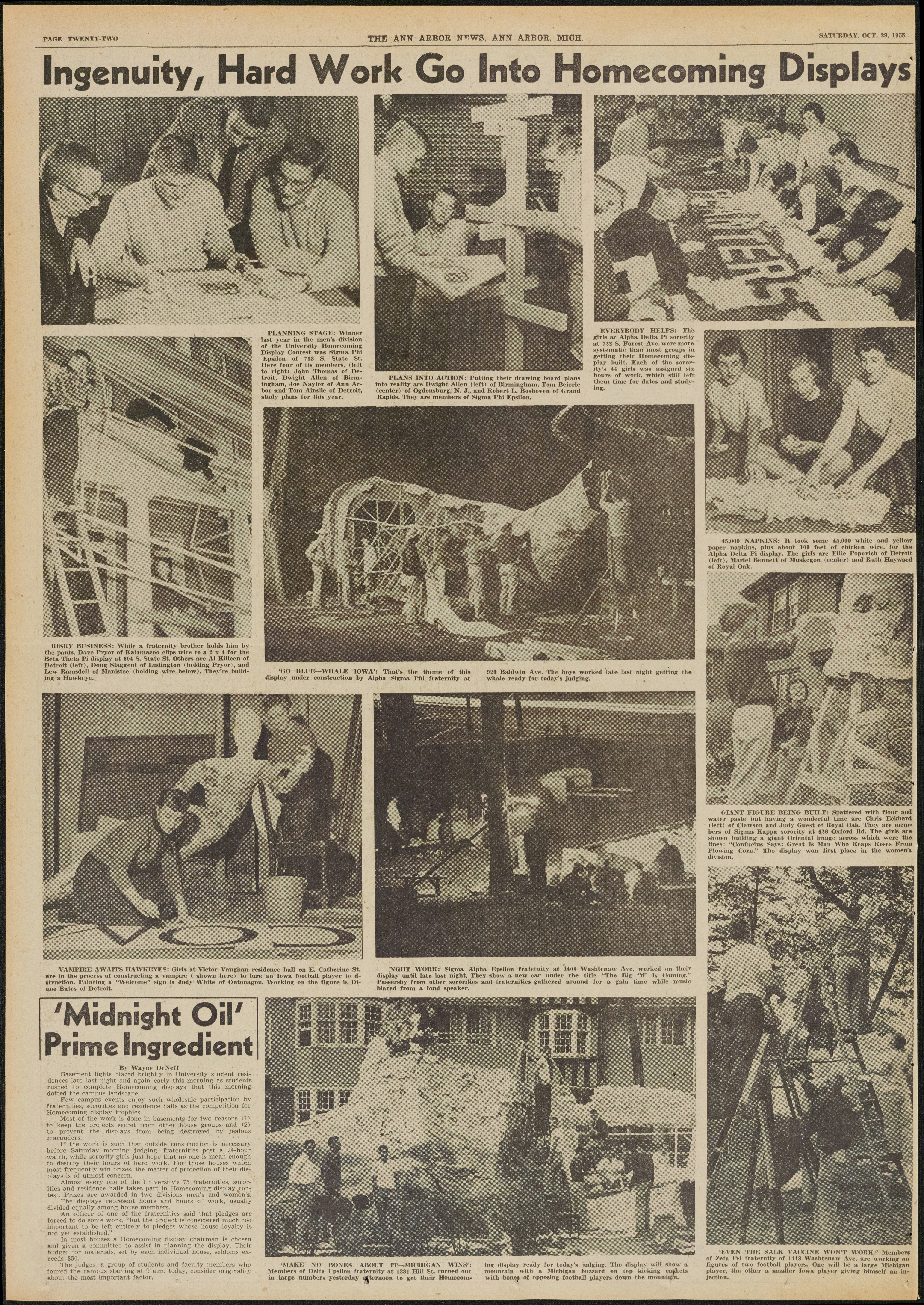