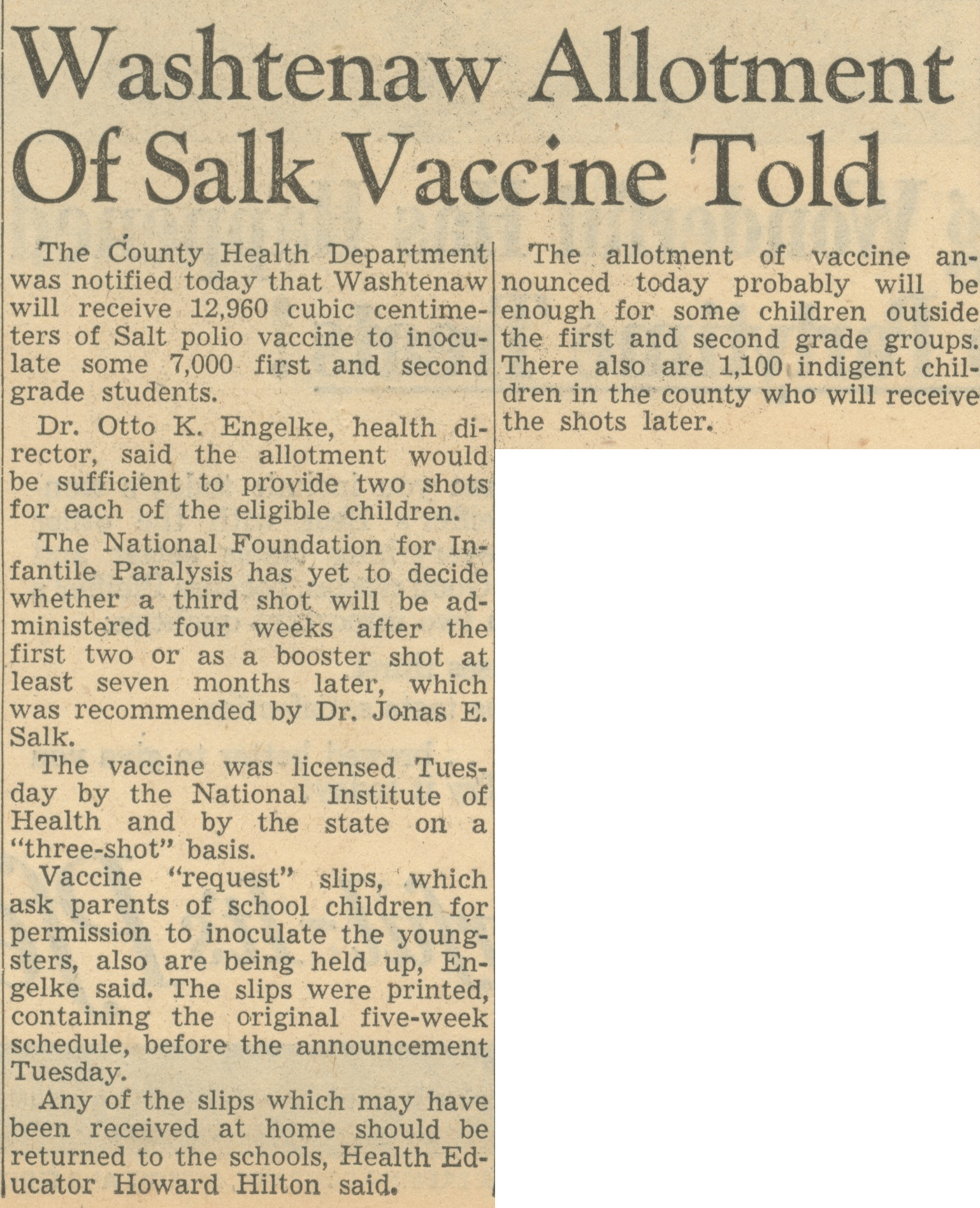 ﻿Washtenaw Allotment Of Salk Vaccine Told<br><br>The County Health Department<br><br>as notified today that Washtenaw will receive 12,960 cubic centimeters of Salt polio vaccine to inoculate some 7,000 first and second grade students.<br><br>Dr. Otto K. Engelke, health director, said the allotment would be sufficient to provide two shots for each of the eligible children.<br><br>The National Foundation for Infantile Paralysis has yet to decide whether a third shot will be administered four weeks after the first two or as a booster shot at least seven months later, which was recommended by Dr. Jonas E. Salk.<br><br>The vaccine was licensed Tuesday by the National Institute of Health and by the state on a "three-shot” basis.<br><br>Vaccine "request” slips, which ask parents of school children for permission to inoculate the youngsters, also are being held up, Engelke said. The slips were printed, containing the original five-week schedule, before the announcement Tuesday.<br><br>Any of the slips which may have been received at home should be returned to the schools, Health Educator Howard Hilton said.<br><br>The allotment of vaccine announced today probably will be enough for some children outside the first and second grade groups. There also are 1,100 indigent children in the county who will receive the shots later.