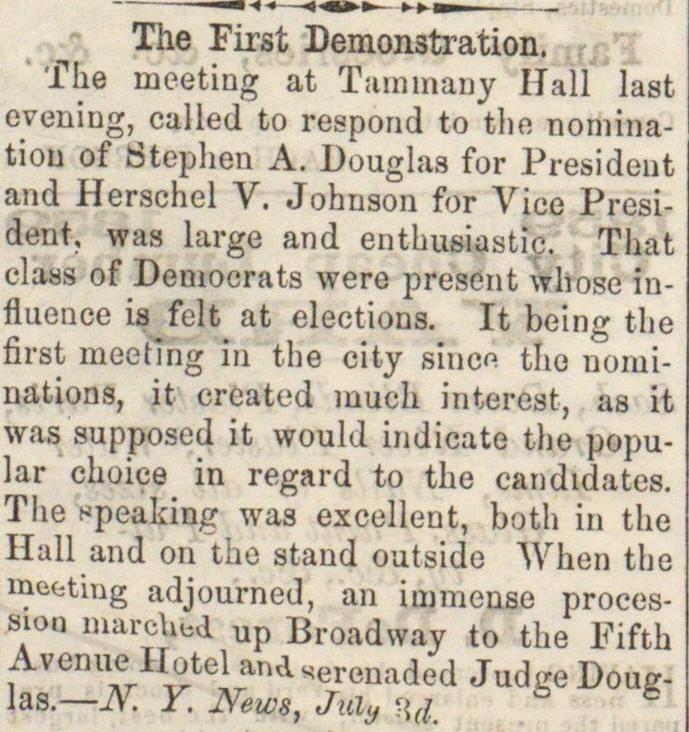 The meeting at Tammany Hall last evening, culled to respond to the nomination of Stephen A. Douglas fur President and Herschel V. Johnson for Vico President, was large and enthusiastic. That clubs of Democrats were present Vitóse inluenee is feit at elections. It being the first meeting in the city since the nominations, it created much interest, as it was supposed it would indicate the popular choice in regard to the candidates. The speaking was excellent, both in the Hall and on the stand outside When the mooting adjourned, an immense processioo niarobbd up Broadway to the Fifth Avenue Ilutel andOTm.,,i t..,i..„ t- las.-