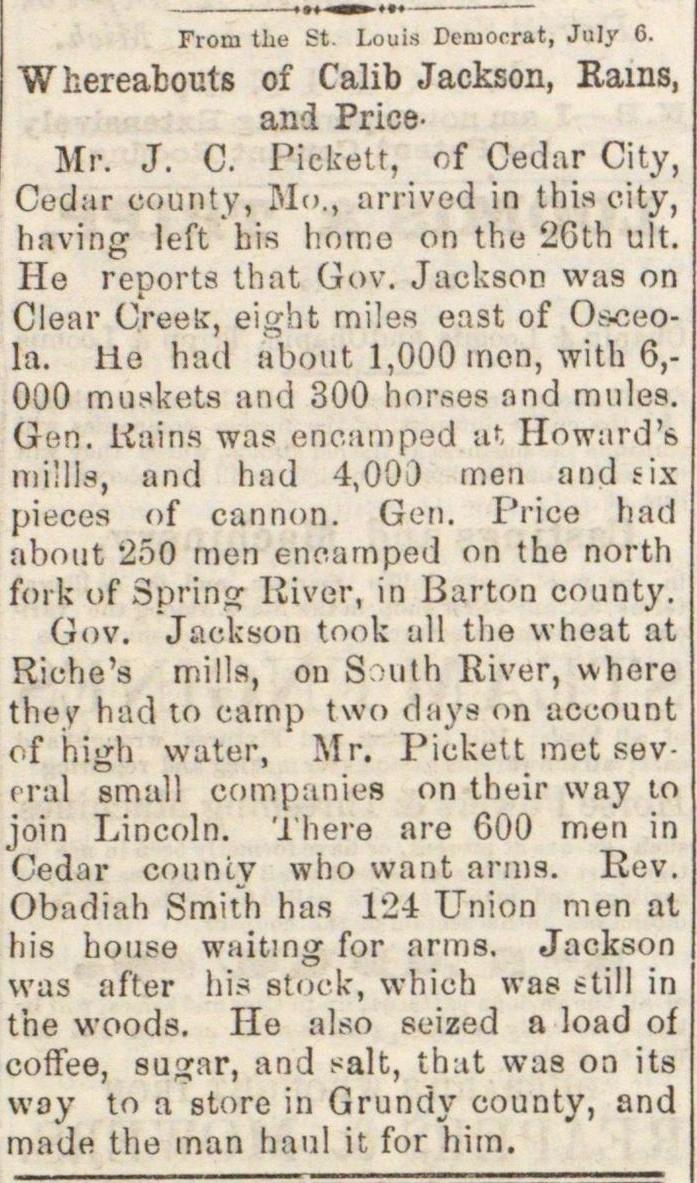 Mr. J. C. Picketí, of Cedar City, Cedar uounty, M., arrived in this city, having left bis home on the ÜGth ult. He reporta tbat Gov. Jackson was on Clear Créele, eight miles enst of Osceola. He had about 1,000 mon, with 6,000 mukets and 300 bnreea and mules. G'.n. Kains was enoamped at Howard's mulla, und had 4,00J men and fix pieces of cannon. Gom. Price had íibout 250 men ennarnped on the north fork of Spring River, in Barton connty. Gov. Jackson tnok all tlie wheat at Riche's milis, ou South River, whre thei' had to camp two days on account of high water, Mr. Pickett raet severa) small companies on their way to join Lincoln. 'J'here are 600 men in Cedar conncy who want anus. Euv. Obadiah Smith has 124 Union men at his house waiting for anns. Jackson was after bia stock, which ivas still in the woods. He also seized a load of coffee, suar, and salt, that was on i ts woy to a store in Grundy county, and made the man haul it for him.