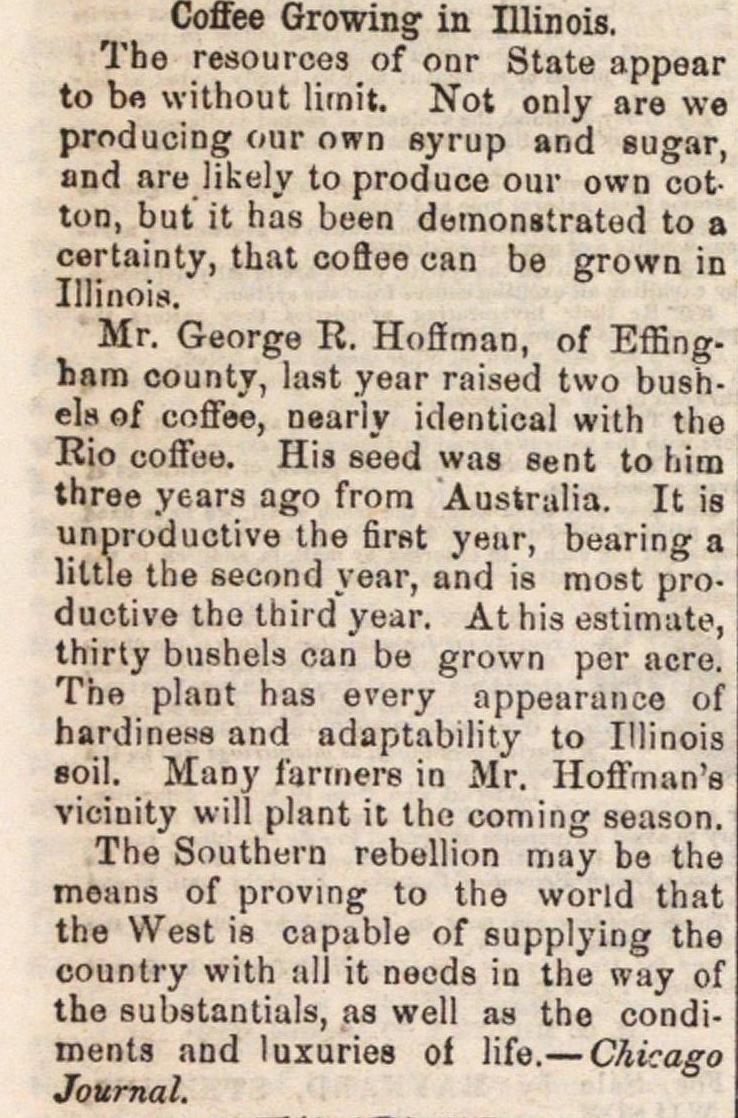 The resources of onr State appear to bfl without limit. Not only are we producing oor own syrup and eugar, and are likely to produce our own cotton, but it has been detnonstratod to a certainty, that coftee can be grown in Illinois. Mr. George IS. HoSman, of Effingham county, last year raised two bushcla of cnffee, neariy identical with the Rio coífüo. His 8eed was sent to dim three years ago from Australia. It is unproductive the first year, bearing a little the second year, and is most productive the third year. At his estímate, thirty bushels can be grown per acre. The plant has every appearance of hardiness and adaptability to Illinois sou. Many i'annere in Mr. Hoffman's vicinity will plant it the coming season. The Southern rebollion may be the means of proving to the world that the West is capable of supplying the country with all it needs in the way of the substantials, as well as the