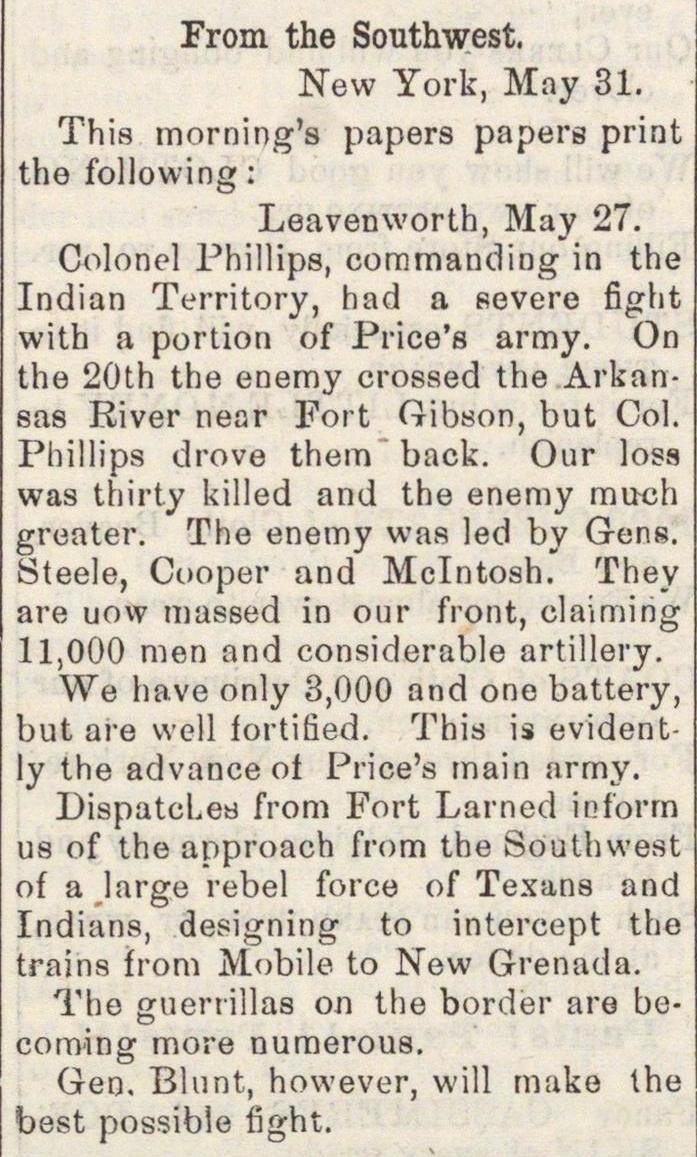 New York, May 31. This morning's papers papers print the following : Leavenworth, May 27. Colonel Phillips, comrnanding in the Indian Territory, had a severe fight with a portion of Price's army. On the 20th the enemy crossed the Arkansas River near Fort Gibson, but Co]. Phillips drove them back. Our loss was thirty killed and the enemy much greater. The enemy was led by Gens. Steele, Cooper and Mclntosh. They are uow massed in our front, claiming 11,000 men and considerable artillery. We have only 3,000 and one battery, but are well fortified. This is evidently the advance oí Price's main army. DispatcLetí from Fort Larned inforrn ua of the approach from the Southwest of a large rebel force of Texans and Indians, designing to intercept the trains trom Mobile to New Grenada. The guerrillas on the border are bocoming more numerous. Gen. Blunt, however, will rnake the best possible fight.