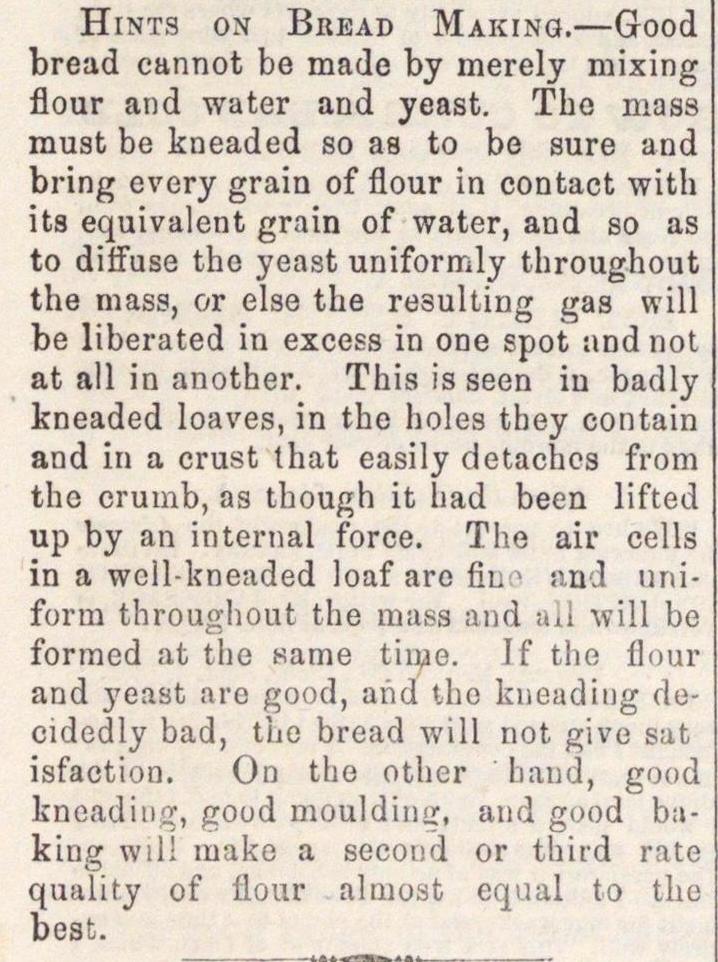 bread cannot be made by merely mixing flour and water and yeast. The mass must be kneaded so as to be sure and bring every grain of flour in contact with its equivalent grain of water, and so as to diffuse the yeast uniformly throughout the mass, or else the resulting gas will be liberated in excess in one spot :ind not at all in another. This is seen in badly kneaded loaves, in the holes they contain and in a crust that easily detaches from the erumb, as though it liad been lifted up by an intenial force. The air cells in a wcil-kneaded loaf are fin and uniform throughout the mass and all will be formed at the same time. If the flour and yeast are good, and the kneading decidedly bad, the bread will not give sat isfaction. On the other hand, good kneadiiifr, good mouldinir, and good buking will mako a second or third rate quality of flour almost equal to the best.