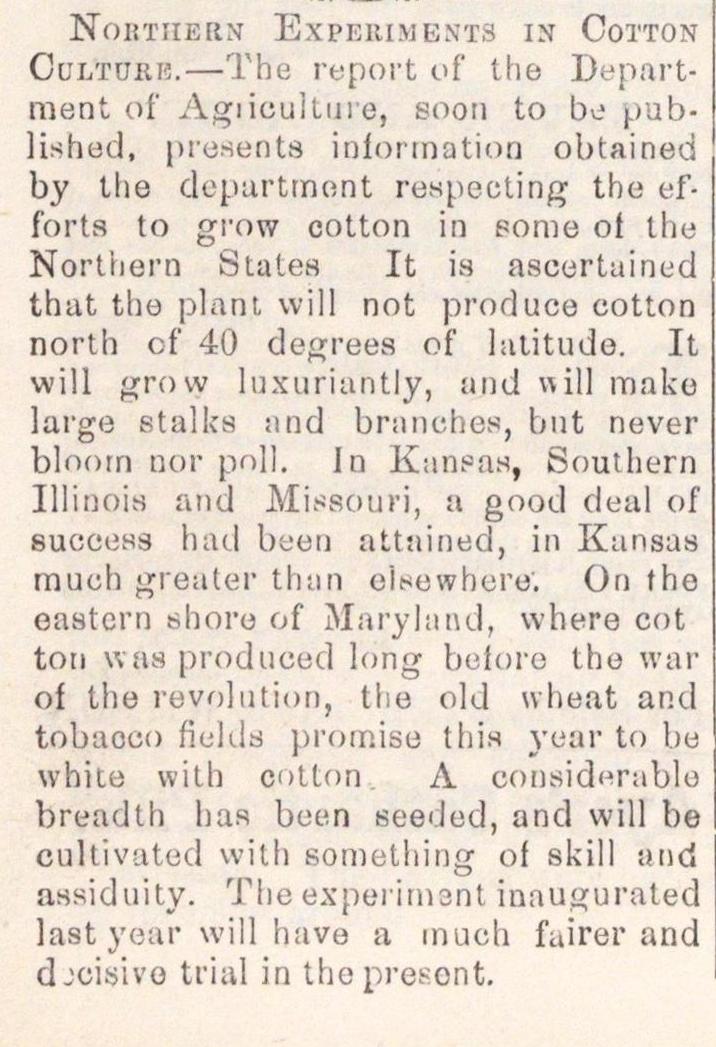 ment of Agiioulture, soon to be published, presenta informático obtained by the departmont respecting the efforta to grow cotton in pome ot llie Northern States It is ascertained that the plant vvill not produce cotton north of 40 degrees of latitudo. It will groy luxuriantly, and will ranke large stalks and brunches, bnt never bloom nor poll. In Kansas, Southern Illinois and Missouri, a good deal of Bucccss had been attained, in Kansas rauch greater than elsewbere', On the eastern shoro of Marylund, where cot ton was produced long before the war oí the revolutioD, the old wheat and tobaoco fields promise this year to bu white with cotton . A considerable breadth has been seeded, and will be oukivated with something of skill and assiduity. The experiment inaugurated laat year will have a mucli fuirer and djcisivo trial in the present.