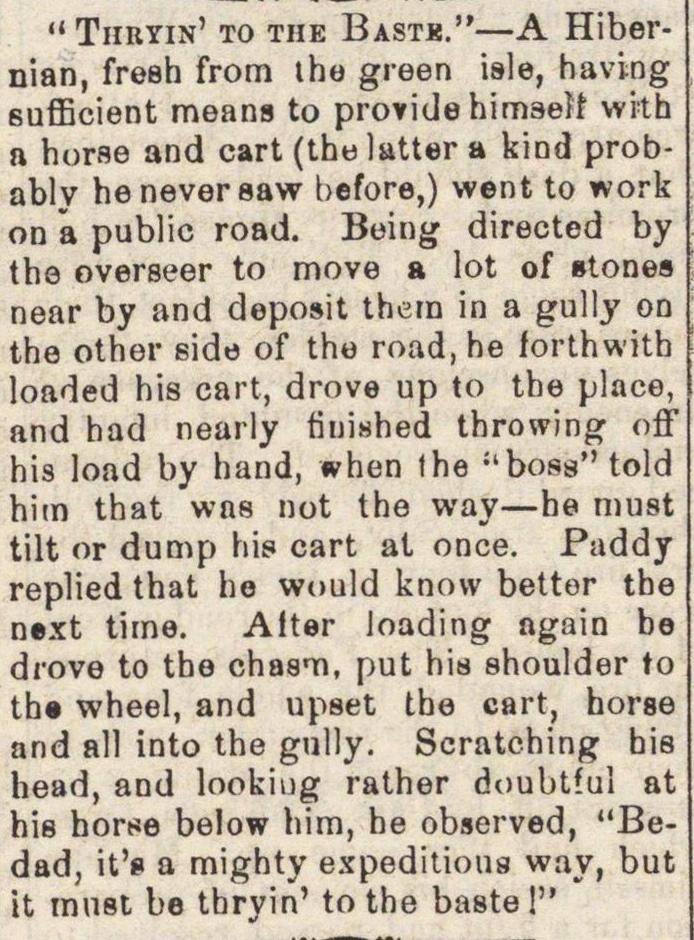 nian, fresh from tha green i8le, havtng sufficient means to proYÍdehim3eií with a horse and cart (the latter a kind probablv heneveraaw i)efore,) went to work on a public road. Being directed by the overseer to move a lot of tones near by and deposit thetn in a gully on the other side of the road, he forthwitb loaded bis cart, drove up to the place, and had nearly tinished throwing off his load by hand, when the :'boss" told him that was not the way - he must tilt or dump his cart at once. Paddy replied that he would knovv better the next time. Alter loading ngain be drove to the chas-n, put his shoulder to th wheel, and upset the cart, horse and all into the gully. Scratching bis head, and lookiug rather doubtfu! at his borse below bim, he observed, "Bedad, it's a mighty expeditious way, but it must be thryin' to the baste!"