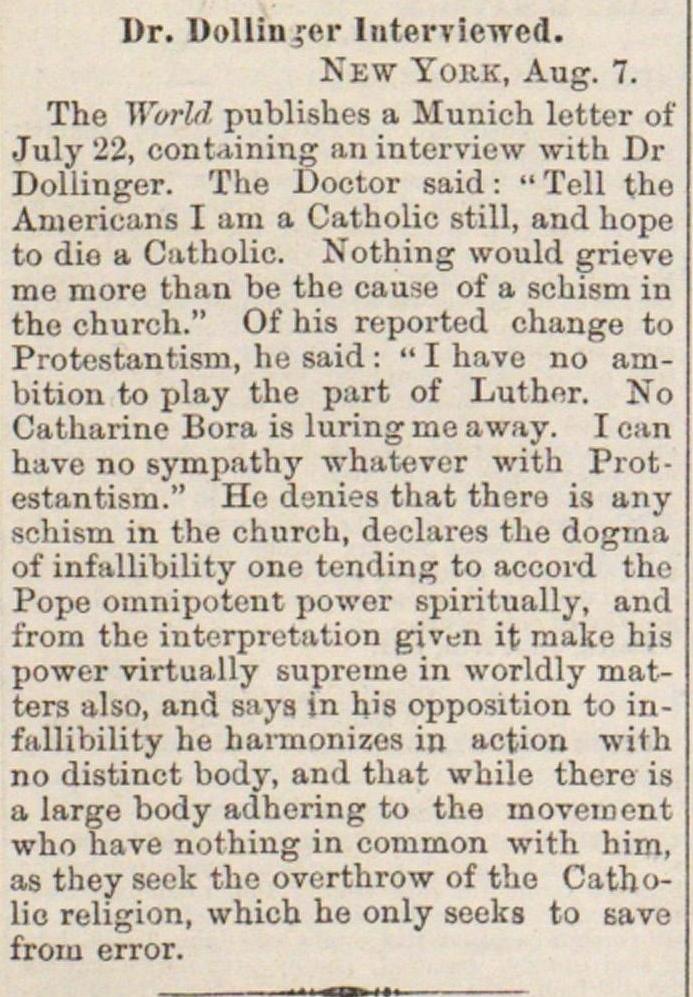 New Yobx, Aug. 7. The World publishes a Munich letter of July '12, eontaining au interview with Dr Dollinger. The Doctor said: "Teil tho Auiericans I am a Catholic still, and hope to dio a Catholic Nothing would grieve rae more than be the cause of a schism in the church." Of his reported change to Protestantism, he said : " I havo no ambition to play the part of Luthnr. No Catharine Bora is luring me away. I can have no sympathy whatever with Protestantism." He d'jnies that thero is any schism in the church, declares the dogma of infallibility one tending to accoid the Pope omnipotent power spiritually, and from the interprettition givaii it make his power virtually supreme in worldly matters also, and saya in his opposition to irifallibility he harmonizes ír action with no distinct body, and that while there is a large body adhering to the moveioent who have nothiug in common with him, as they seek the overthrow of the Catholic religión, which he only seeks to save from error. i ii