A Golden Island In Vermont 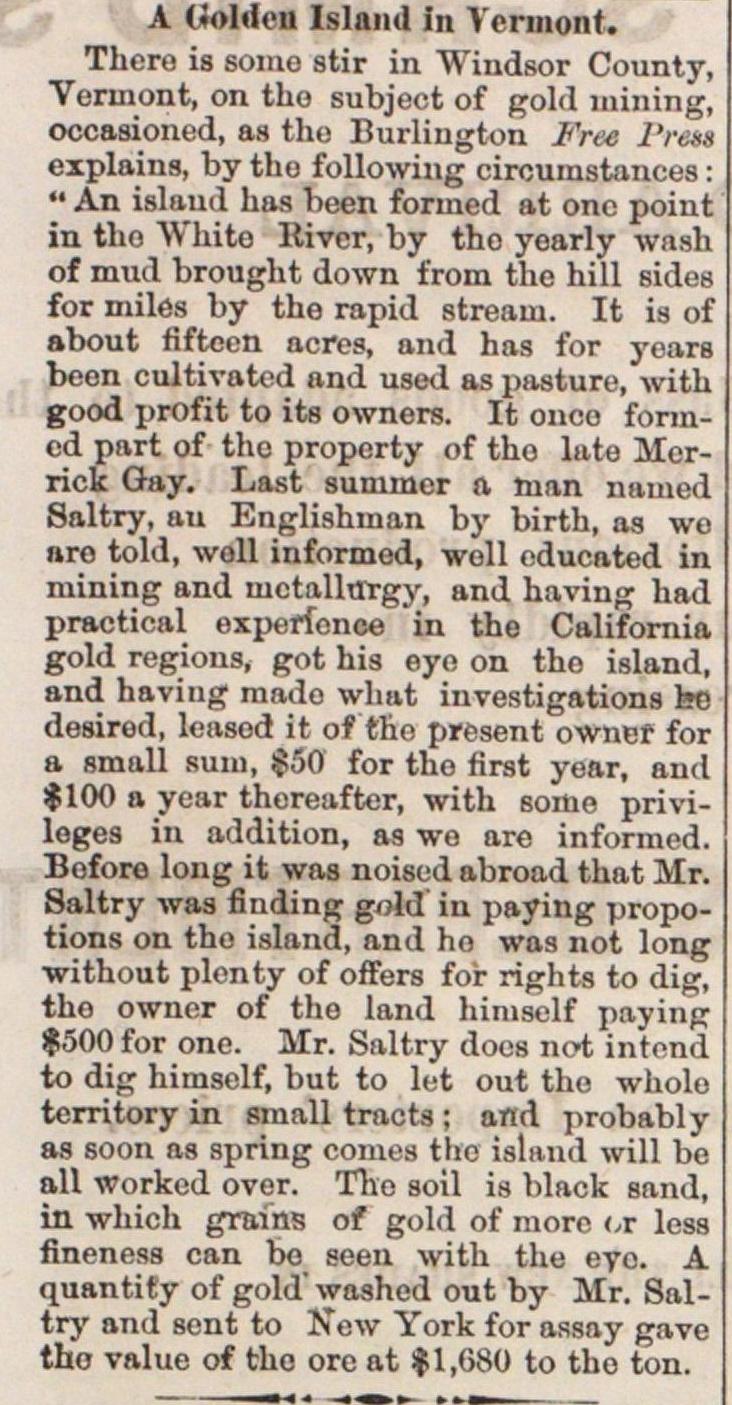 Thero is some stir in Windsor County, Verinont, on tho subject of gold mining, occasioned, as tho Burlington Free l'ress explains, by tho following circumstances : " An islaud has been formed at onc point in tho Whito River, by tho yearly wash of mud brought down from the hill sides for miles by the rapid streaui. It is of about fifteen acres, and has for yoars been cultivated and used as pasture, with good profit to its owners. It onco formcd part of the property of tho late Merrick Gay. Last summcr a tnan named Saltry, an Englishman by birth, as wo aro told, woll informed, woll educated in mining and inctalltfrgy, and having had practical experfonce in the California gold regions, got his eye on tho island, and having mado wlmt investigations lïC desired, leasod it of the present owncf for a small sum, $50 for tho first year, and $100 a year thereafter, with some privileges in addition, as wo are informed. Bofore long it was noiscd abroad that Mr. Saltry was finding gld in paying propotions on tho island, and ho was not long without plenty of offers for rights to dig, tho owner of the land hiniself paying $500 for one. Mr. Saltry does ncH intend to dig himself, but to let out tho wholo territory in small tracts ; and probably as soon as spring comes tho island will be all worked over. Tho soil is black sand, in which graïns of gold of more ,r loss fineness can bo seen with the eyo. A quantity of gold' washed out by Mr. Saltry and sent to New York for assay gave tho value of the ore at $1,680 to tho ton.