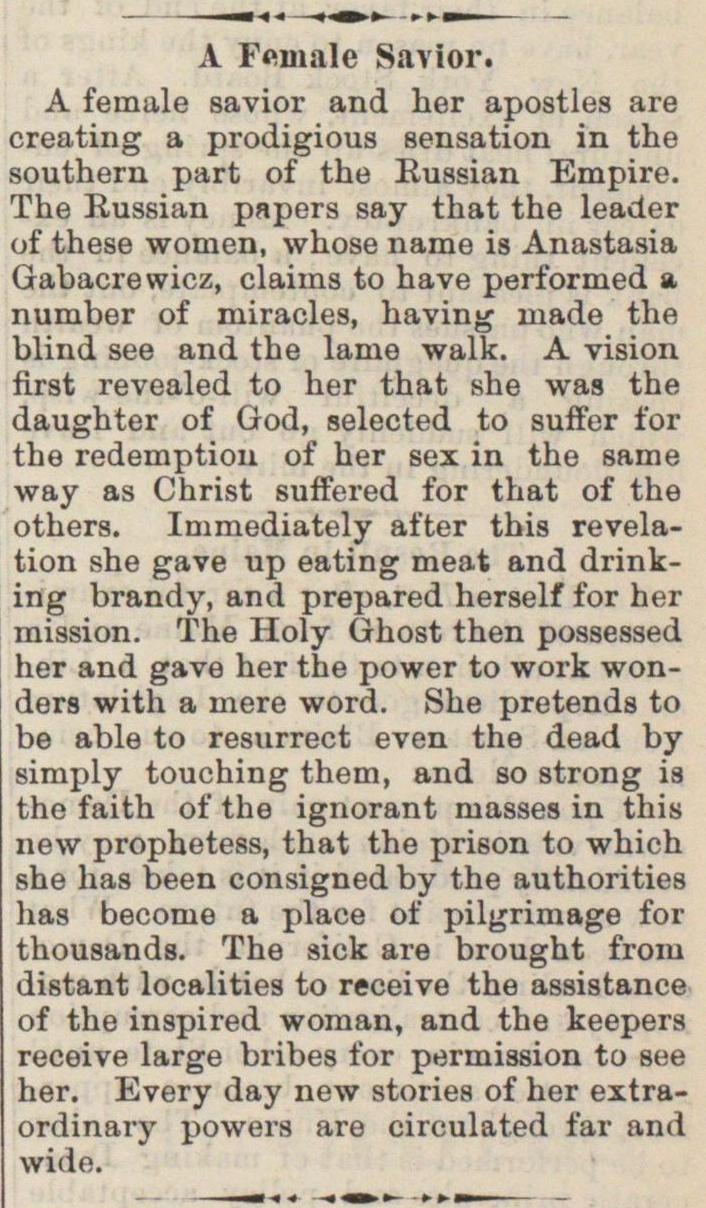 A fernale savior and her apostles are creating a prodigious sensation in the southern part of the Eussian Empire. The Russian papers say that the leader of these women, whose name is Anastasia Gabacrewicz, claims to have performed a number of miracles, having made the blind see and the lame walk. A visión first revealed to her that she was the daughter of God, selected to suffer for the redemption of her sex in the same way as Christ suffered for that of the others. Immediately after this revelation she gave up eating meat and drinking brandy, and prepared herself for her mission. The Holy Ghost then possessed her and gave her the power to work wonders with a mere word. She pretends to be able to resurrect even the dead by simply touching them, and so strong ia the faith of the ignorant masses in this new prophetess, that the prison to which she has been consigned by the authorities lias become a place of pilgrimage for thousands. The sick are brought from distant localities to receive the assistance of the inspired woman, and the keepers receive large bribes for permission to see her. Every day new stories of her extraordinary powers are circulated far and wicio.