Boasting Of Offers Of Marriage 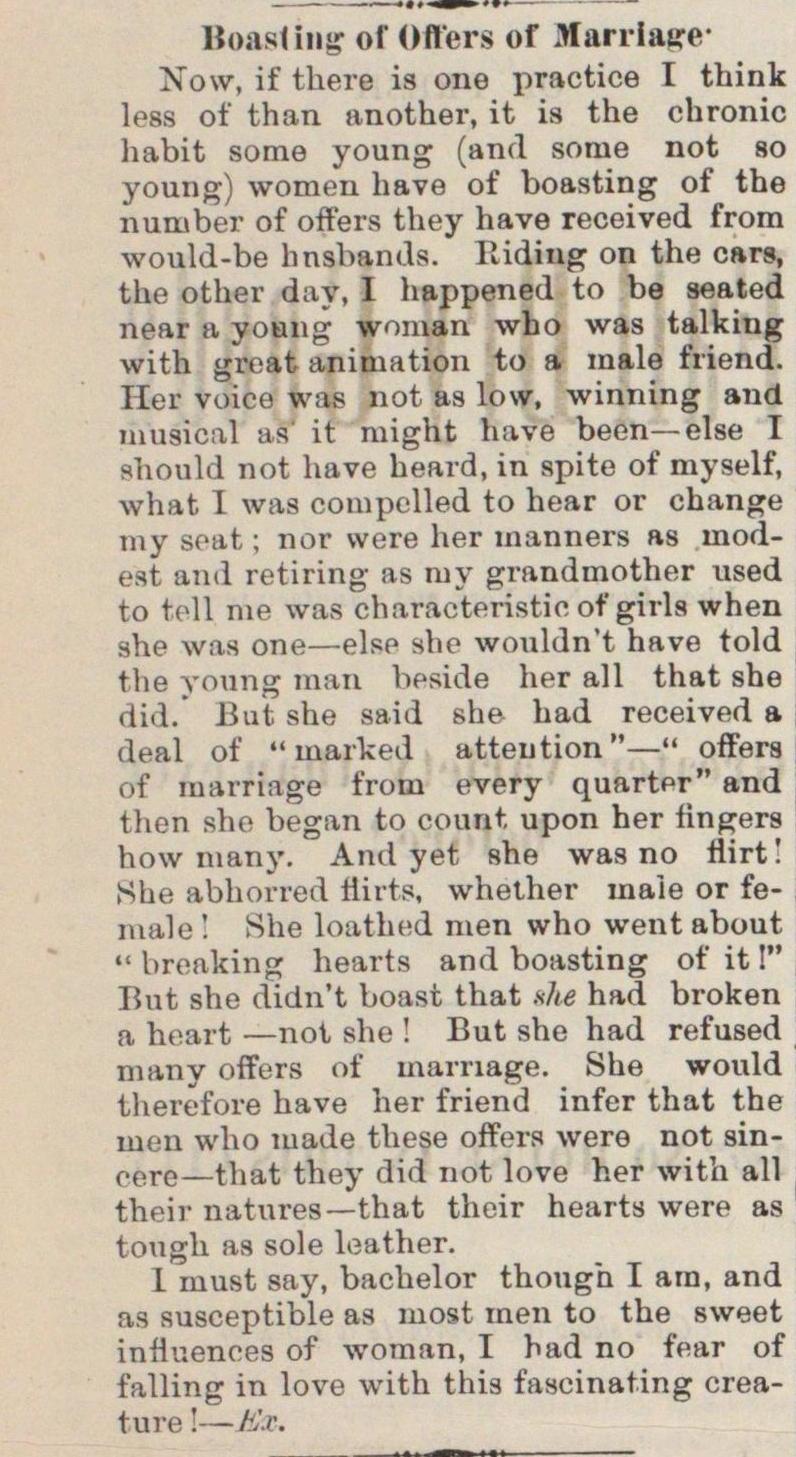 Xow, if there is one practico I think less of than another, it is the chronic liabit some young (and sorne not 80 young) women have of boasting of the number of offers they have received from would-be hnsbands. Ridiug on the cars, the other day, I happened to be seated near a young woman who was talking with great animation to a male friend. Her voice was not as low, winning and musical as' it might have been- else I should not have heard, in spite of myself, what I was compclled to hear or change my soat ; nor were her manners as modest and retiring as niy grandmother used to teil me was charaeteristic of girls when she was one - else she wouldn't have told the young man bende her all that she did. But she said she had received a deal of "inorked atteution" - " offers of marriage from every quarter" and then she began to courit upon her lingera how inany. And yet she was no flirt! .She abhorred flirts, whether inaie or female ! She loathed men who went about " breaking hearts and boasting of it !" But she didn't boast that xhe had broken a heart -not she ! But she had refused many offers of marriage. She would theréfore have her friend infer that the men who made these offers were not sincero - that they did not love her with all their natures- that their hearts were as tough as sole loather. 1 must say, bachelor though I ara, and as susceptible as most men to the sweet influences of woman, I had no fear of falling in love with this faseinating creature' - H-r.