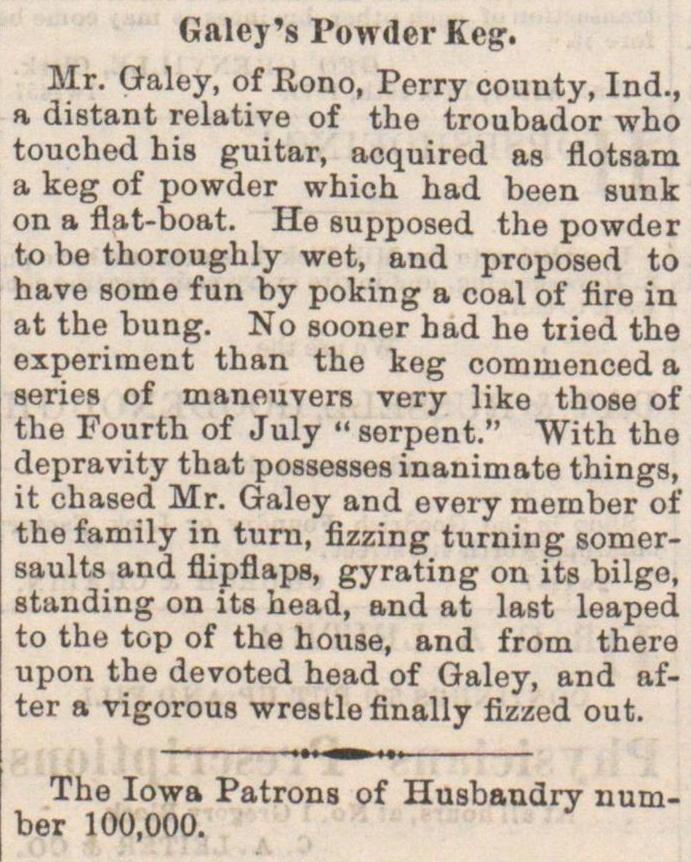 Mr. Galey, of Roño, Perry county, Ind., a distant relative of the troubador who touohed his guitar, acquired as flotsam a keg of powder which had been sunk on a flat-boat. He supposed the powder to be thoroughly wet, and proposed to have some fun by poking a coal of fire in at the bung. No sooner had he tiied the experiment than the keg commenced a series of manouvers very like those of the Fourth of July " serpent." "With the depravity that possessesinanimate things, it chased Mr. Galey and every member of thefamily in turn, fizzing turning somersaults and flipflapg, gyrating on its bilgo, standing on its head, and at last leaped to the top of the house, and from there upon the devoted head of Galey, and after a vigorous wrestlefinally fizzed out. The Iowa Patrons of Husbaudry number 100,000.