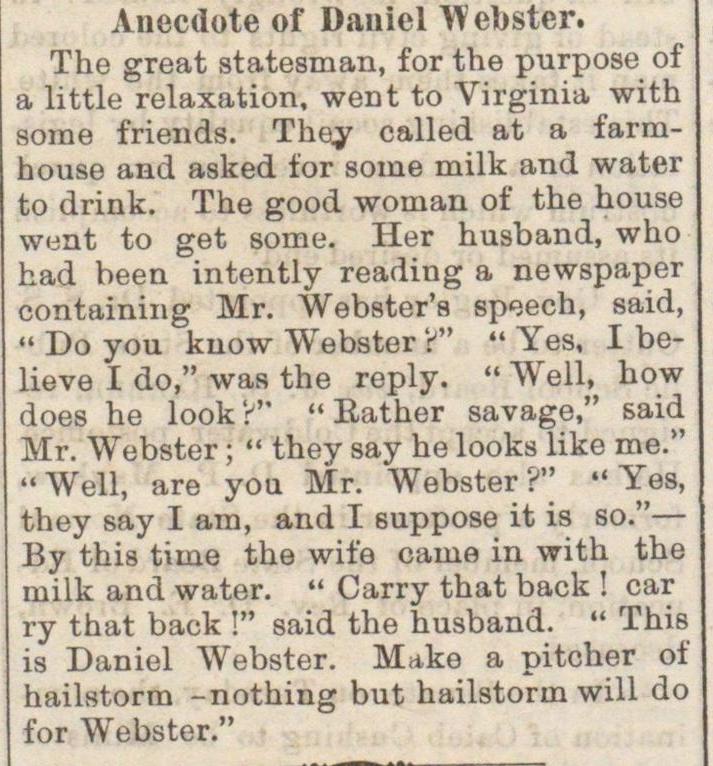 The great statesman, tor the purpose 01 a little relaxation, went to Virginia with some friends. They called at a farmhouse and asked tor some milk and water to drink. The good woman of the house went to get some. Her husband, who had been intently reading a newspaper containing Mr. Webster'a speech, said, " Do you know Webster " " Yes, I believe I do," was the reply. " Well, bow does he look 't" " Rather savage," said Mr. Webster ; " they say he looks like me." " Well, are you Mr. Webster ï" " Yes, they say I am, and I 6uppose it is so." - By this time the wife carne in with the milk and water. " Carry that back ! car ry that back !" said the husband. " ïhis is Daniel Webster. Make a pitcher of hailstorm -nothing but hailstorm will do for Webster."