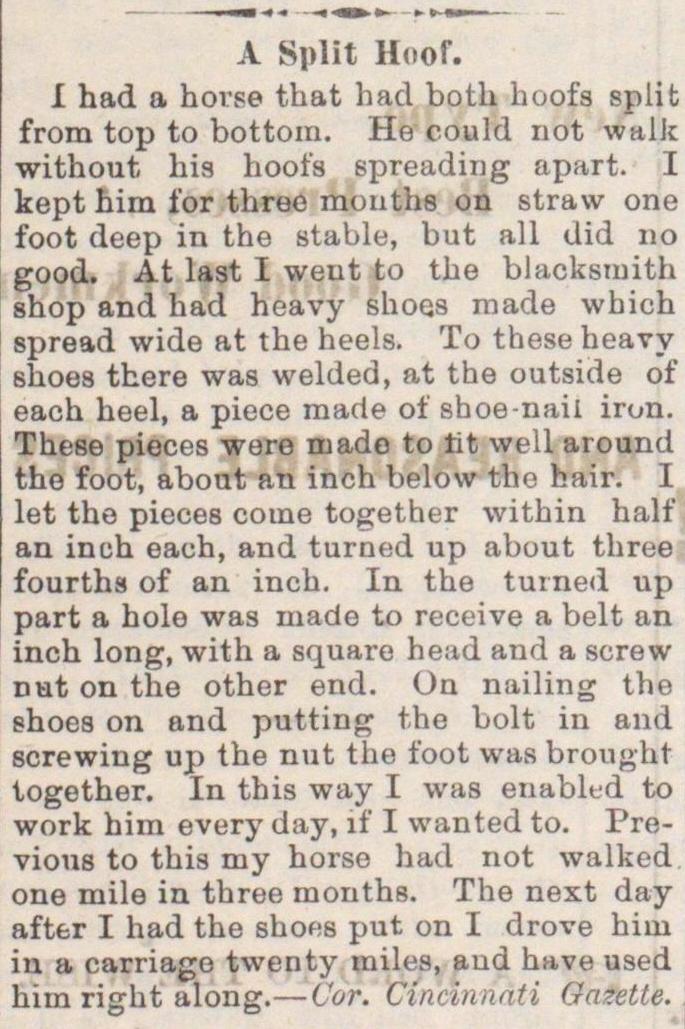 I had a hovse that had both hoofs split from top to bottora. He could not walk without his hoofs spreading apart. ] kept him i'or throe months on straw one foot deep in the stable, but all did no good. At last I weut to the blaoksiuith shop and had heavy shoes made wbich spread wide at the heels. To these heavy 6hoe8 there was welded, at the outside o) each heel, a pieoe made of sboe-nail iron. These pieoes ware mado to tit well around tho foot, abont an inch belovv the bair. I let the pieces come together within halt an inch each, and turned up about three fourths of an inch. In the turned up part a hole was made to receive a belt an inch long, with a square heud and a screw nat on the other end. On nailing the shoes on and putting the bolt in and screwing up the nut the foot was brought logether. In this way I was enabltd to work him every day, ïf I wanted to. Previous to this my horse had not walked one mile ia three months. The next day after I had the shoHS put on I drove hiin in a carriage twenty miles, aud have used him risht